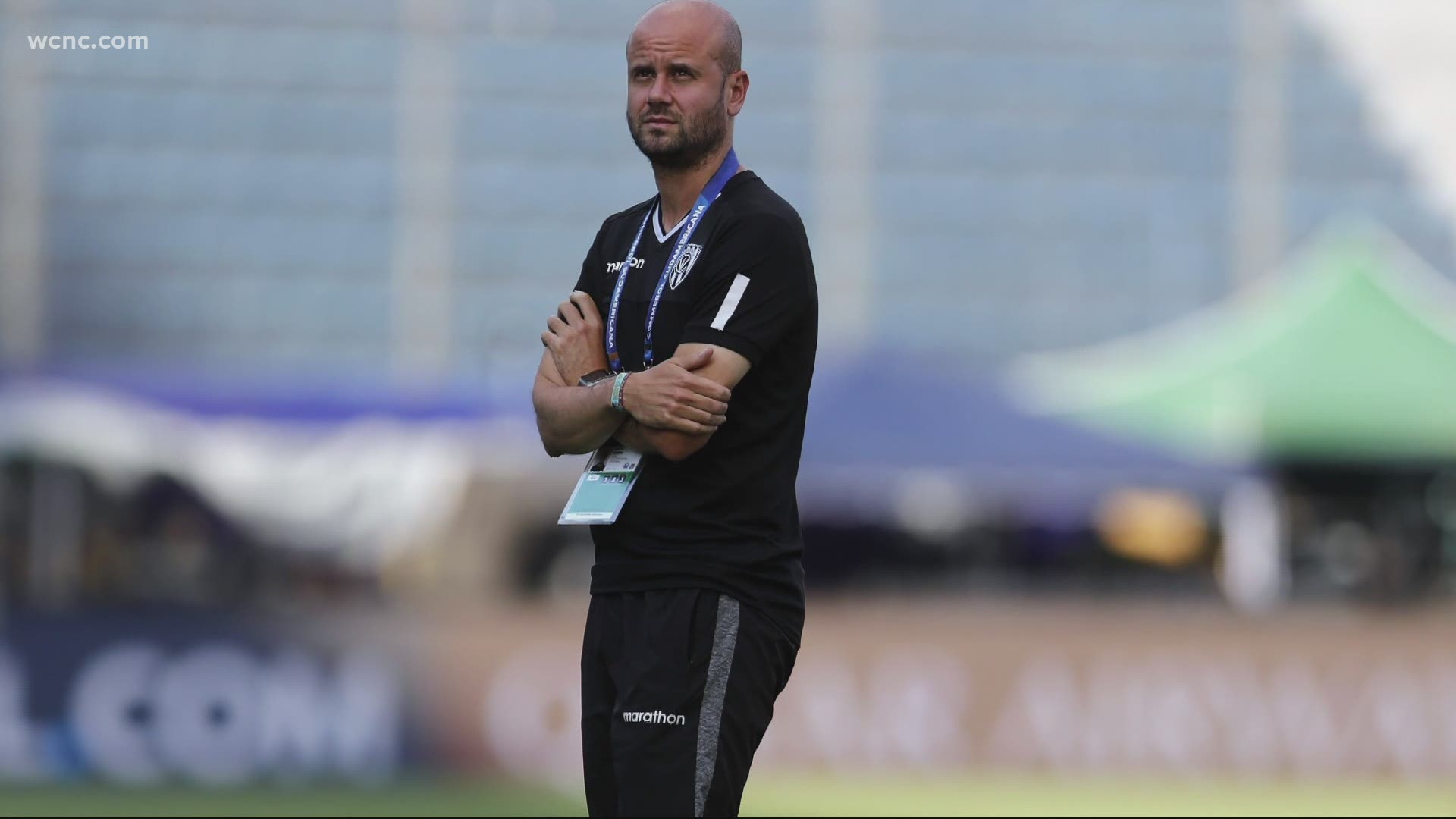 CHARLOTTE, N.C. — Bank of America Stadium transformed from the home of the Carolina Panthers to the home of Charlotte FC on Thursday.

You couldn't find a Panthers logo or photo in the building as they introduced the first coach in their MLS franchise's history, Miguel Ángel Ramírez.

A year and a half after the Queen City was awarded a Major League Soccer franchise, and one year to the day they were named Charlotte FC, Ramirez's arrival marked a major step in the launch of the team.

"The Queen City and Charlotte FC is where I want to start a new chapter and new adventure in my life," Ramirez said. "To help build a competitive, winning club and contribute to shaping the style of play from the very beginning."

The attacking style of play the 36-year-old, up-and-coming coach is known for appealed to team owner David Tepper.

Tepper, who also owns the Carolina Panthers, wanted a fresh approach for his new franchise.

Tepper and Charlotte FC are counting on fans agreeing, as they hope for 75,000 at the opener next spring.

One step closer to @CharlotteFC inaugural season. The club’s first manager Miguel Angel Ramirez is about to be introduced. @BofAstadium has been transformed for the event. @wcnc #mls pic.twitter.com/QSKQSIiYcs

Ramirez is from Spain and has previously coached in South America, the Middle East and Europe.

But he said taking the Charlotte FC job is his "American dream."

"What the U.S. means to me, how multi-cultural and the way of thinking of this country and how much they want to grow and MLS also," he said. "And now they are exploring another market they didn't explore before. And an opportunity for young coaches to come here, explore our limits and see if we can add something to this league and to this country."