And then there were none: All March Madness perfect brackets busted 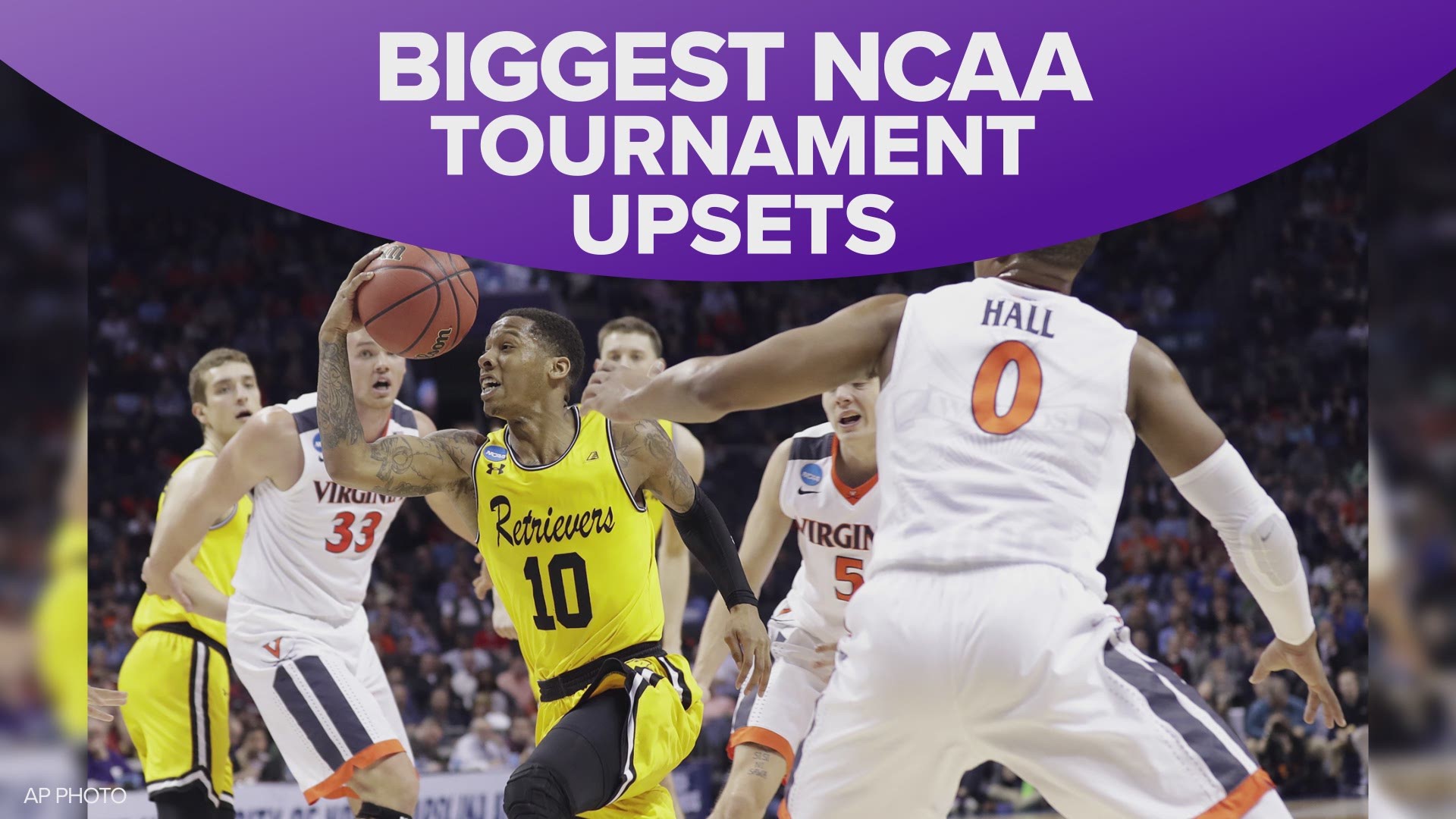 There were no more perfect March Madness brackets as tracked by the NCAA following a slew of Friday upsets and a couple more big ones on Saturday. It took just 28 contests in the tournament for perfection to be eliminated.

The NCAA said early Saturday morning that only 121 perfect brackets remained after Friday's slate of 16 games, which included a shocking upset win by No. 15 Oral Roberts over No. 2 Ohio State.

Following Saturday's early games, none of which were upsets, the number of perfect brackets had fallen to just eight as No. 13 Ohio faced No. 4 Virginia and No. 10 Maryland battled No. 7 UConn. Then, Ohio pulled off the shocker and beat the Cavaliers 62-58. That took out five of those brackets. Minutes later, Maryland completed its 63-54 win over the Huskies, eliminating the rest.

The number from the NCAA is based on millions of brackets posted online to the NCAA Bracket Challenge Game, ESPN, Yahoo, CBS and Sports Illustrated. That does not include offline office pools or any other platforms running their own bracket challenge games.

Oral Roberts, No. 12 Oregon State and No. 13 North Texas won Friday, which knocked the number of perfect brackets down to just over 1,000. Double-digit seeds Rutgers and Syracuse also won Friday, which pushed it down to 233. Wins by No. 5 Villanova and No. 3 West Virginia Friday, while not upsets, shrank the total Friday to 121.

The Oral Roberts win alone knocked the number of perfect brackets down to about 20,000, according to the NCAA. It just dropped from there as higher seeds kept falling.

During the 2019 tournament -- the last one to be played before the COVID-19 pandemic -- the NCAA said there was one perfect bracket that lasted into the Sweet 16. That was a span of 49 games.

If each one in that 9.2 quintillion were counted as a second, it would take you 292 billion years, the NCAA says.

"If you know a little something about basketball," the NCAA says the odds of filling out a perfect bracket drop dramatically to 1-in-120.2 billion.