Ron Rivera: 'My biggest regret is not winning the Super Bowl'

Former Panthers head coach Ron Rivera said he hopes to coach again in the NFL and that his biggest regret was not winning Super Bowl 50 in 2015. 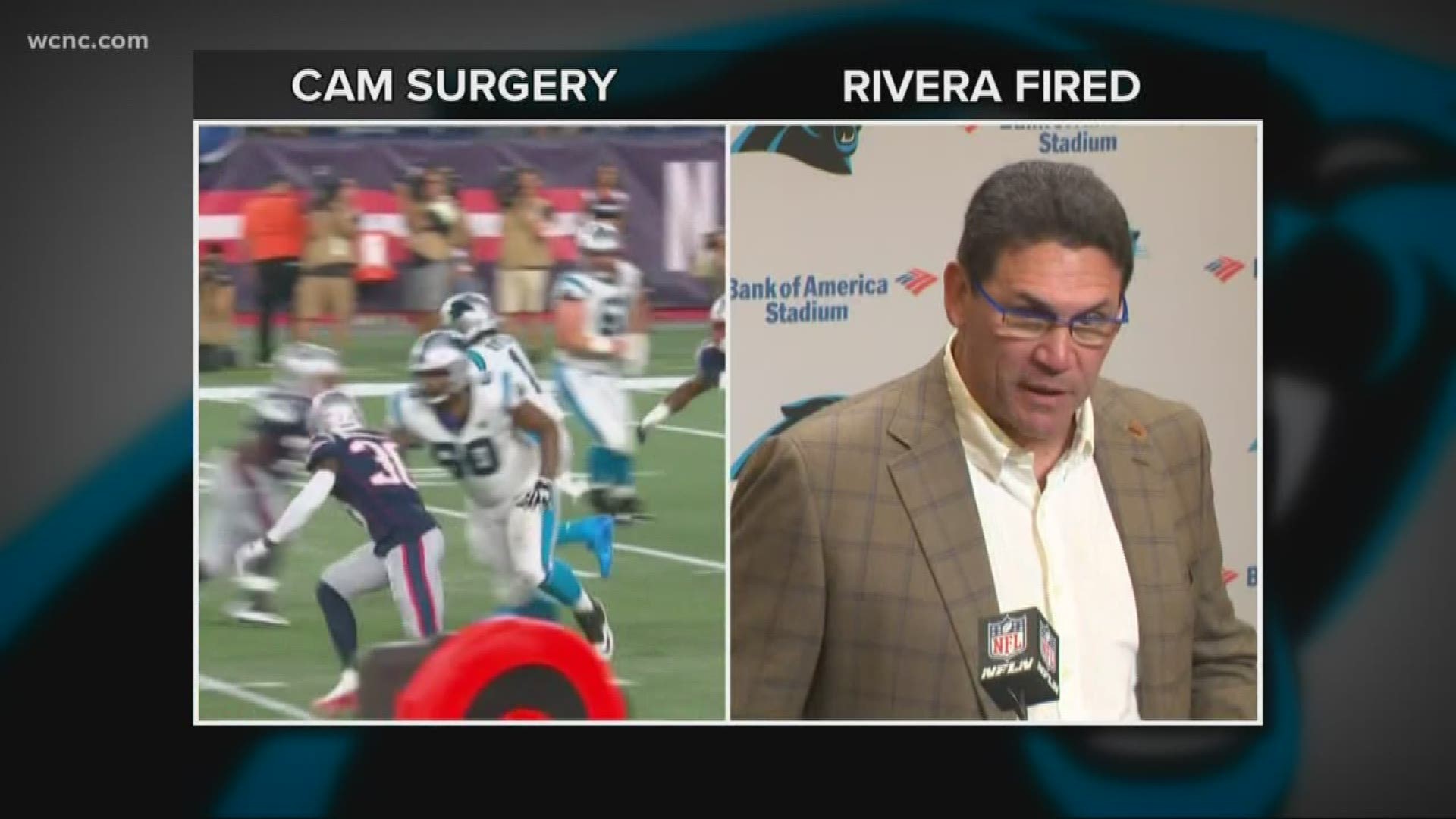 CHARLOTTE, N.C. — One day after being fired from the only head coaching job he's ever had in the NFL, Ron Rivera said his biggest regret was not winning the Super Bowl with the Carolina Panthers.

During his final briefing at Bank of America Stadium, Rivera emphasized how proud he was of the team's accomplishments during his tenure, stressed he wants to coach again and believes the problems that led to his dismissal go back to when Cam Newton injured his shoulder during the 2018 season.

"I'm proud that I took over a 2-14 team and won back-to-back-to-back NFC South division championships," Rivera said. "Whether you measure it by wins and losses or winning the division, that's three straight years of winning."

Team owner David Tepper said the decision to fire Rivera was difficult, saying he is "one of the finest human beings I've ever met," but explained he felt it was necessary to keep the team from being at a competitive disadvantage.

Rivera said he and his family have embraced the Carolinas since he became coach, recalling how neighbors took them in after a house fire in 2015.

"When our house caught fire, we really got a sense of what Southern hospitality meant. One of our neighbors opened his house and his wife cooked our family breakfast," Rivera said. "It was amazing, those are the things I'll always remember."

He leaves the Panthers as the winningest coach in franchise history with a record of 76-63-1 in eight-plus seasons.

8:45 a.m.: Rivera wraps up his press conference holding up a t-shirt with "Thank You" on the front. He was known for wearing custom shirts during his tenure as head coach. He says his biggest missed opportunity was not winning the Super Bowl but believes he'll get another shot somewhere.

"Our problems didn't really begin until our quarterback got hurt."

8:38 a.m.: Rivera says he's not sure if his family will continue to live in Charlotte but said they've come to love the Carolinas and the southern hospitality."

8:23 a.m.: Rivera says he will "absolutely" coach again. "My intention is to coach again. I love coaching." He says his biggest regret as head coach was not winning the Super Bowl.

8:21 a.m.: "At the end of the day when you walk out that door, it's all about your character." Rivera says he's proud of the players on his team who represent themselves and the Panthers well, including Greg Olsen and Eric Reid.

8:19 a.m.: Rivera says the things that hit him the most was players having success under his watch. "It could be something as simple as a player finally understanding a play, and what happens. I really appreciate a painting the team gave me, and it was all about the 2015 team."

8:18 a.m.: Rivera says he was surprised by the timing of the firing, saying he expected any changes to be made at the end of the season.

8:14 a.m.: "I'm proud that I took over a 2-14 team and won back-to-back-to-back NFC South division championships," Rivera said. "Three in a row. Whether you define it by wins and losses or winning the division, that's three years in a row of winning, OK."