The statue, which was put outside the stadium in 2016, has been the center of social media speculation during protests in Charlotte. 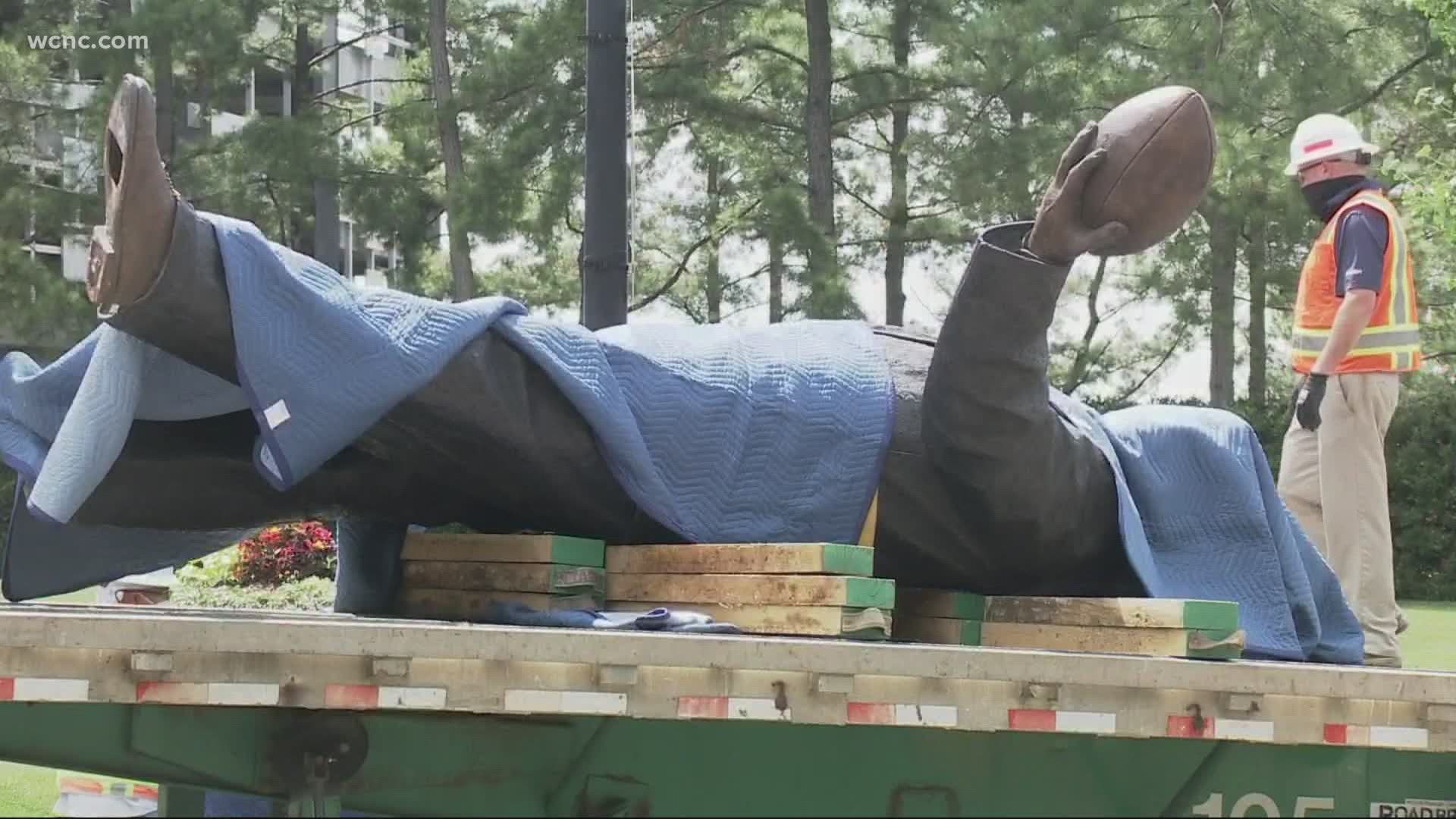 CHARLOTTE, N.C. — The Carolina Panthers are taking down the statue of former owner Jerry Richardson that has stood outside Bank of America Stadium since 2016.

The 13-foot statue towers outside the North Gate along Graham Street. Richardson founded the team but his tenure ended in disgrace with allegations of misconduct from team employees. Richardson was ultimately fined $2.75 million by the NFL for his actions.

"We were aware of the most recent conversation surrounding the Jerry Richardson statue and are concerned there may be attempts to take it down. We are moving the statue in the interest of public safety," the Panthers tweeted Wednesday afternoon.

When David Tepper was introduced as the Panthers' new owner, he said he was "contractually obligated" to keep the statue of Richardson up.

“I’m contractually obligated to keep that statue as is,” Tepper said at the time.