Should Monday after the Super Bowl be a national holiday?

An estimated 17 million people call in sick the day after the Super Bowl. But the NFL could change that without the need for a new holiday. 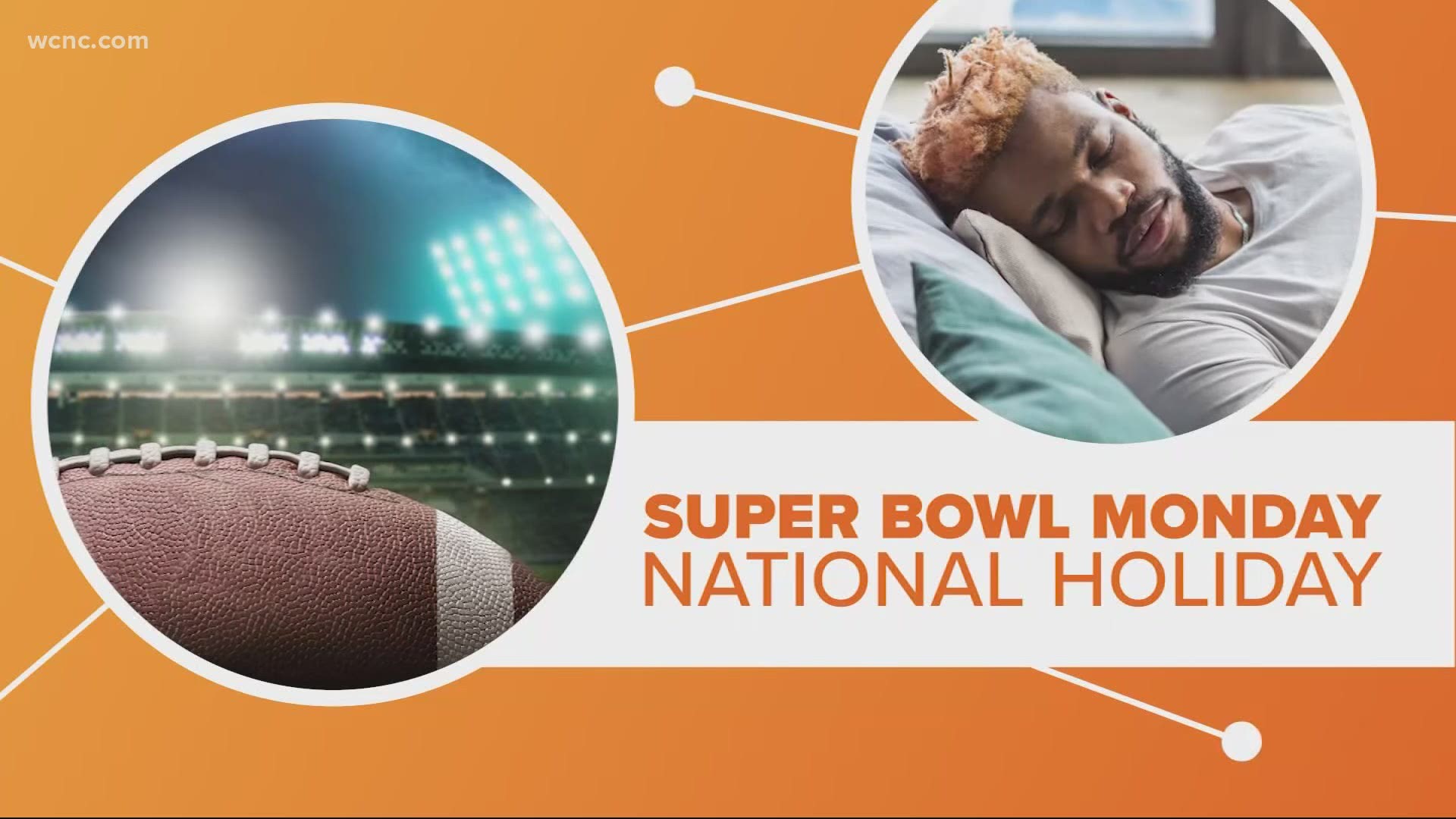 CHARLOTTE, N.C. — If you call in sick to work on Monday, you're probably not fooling anyone. The day after the Super Bowl is among the most popular days for Americans to burn a sick day, but that could be changing soon.

The push to make Super Bowl Monday a national holiday is nothing new but the idea is gaining new life.

An estimated 17 million people miss work the day after the Super Bowl, adding up to about $4 billion in lost productivity for companies. According to a poll from DraftKings, nearly half of people surveyed said they would be willing to give up another holiday during the year to get the Monday after the Super Bowl off work without using personal vacation time.

While online petitions to make the date a national holiday, the NFL could actually have the solution. The league wants to expand the regular season, adding a 17th game. There's no official word on how it would impact the schedule, but there are reports that the NFL would consider playing the Super Bowl on Presidents' Day weekend.

That would give millions of people the day off after the game without creating a new holiday -- and you'd be free to watch the big game without setting an alarm on very little sleep.

RELATED: You can credit, or blame Tom Brady for all things Super Bowl