Swimmer heading to Tokyo Olympics almost gave up on her dream

Natalie Hinds renounced swimming for two years after failing to make the 2016 team. Now, she's a part of Team USA for the 2020 Tokyo Olympic Games. 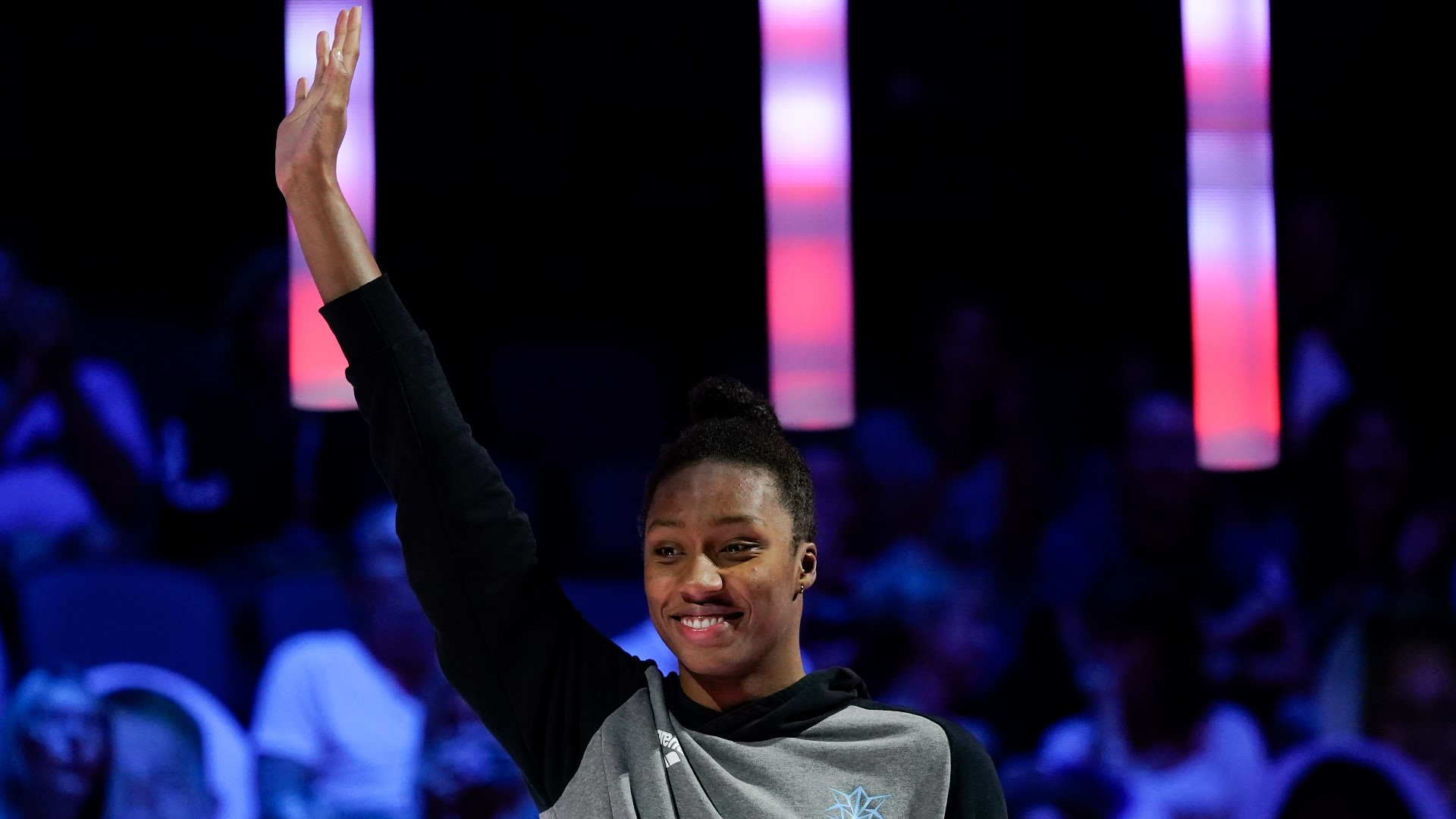 ATLANTA — Natalie Hinds and the pool have been in a symbiotic relationship since she was four years old. But after failing to make the 2016 Rio Olympic swimming team, Hinds broke up with swimming. She finished her degree at the University of Florida and upended her life to Atlanta.

The trained swimmer's life shifted. She interned at Turner Broadcasting, working a 9 a.m. to 5 p.m. desk job, and then worked at Bleacher Report Live. About six months went by when Hinds realized she didn't want to sit at a desk for the next 30 years.

She wanted to swim again.

Hinds called rival school University of Georgia Head Coach and decided to give her dream one more shot.

"I told myself, it's going to be really, really hard," the 27-year-old said. " I decided to drive up the road to Athens after I talked to Jack. I moved on a Wednesday and began swimming on a Wednesday."

Hinds said her time in Atlanta gave her a moment to reflect on why she left swimming -- why things went wrong, especially because it was the first time she lived alone.

"So I came to the conclusion that I am going be really upset if I just don't try again," Hinds said.

Hinds' story highlights the power of resilience and goes beyond the sport as an opportunity to inspire kids.

She's the fourth African American woman to make the US swimming Olympic team.

"While it's amazing, it's also kind of sad," Hinds said.

She hopes swimmers who look like her realize that they aren't alone -- they share the same hardships. She wants them to look at her and say, "she didn't swim for two and a half years, and she can come back."

If it weren't for the pandemic, Hinds said she wouldn't have made the team.

"I was about to run out of gas, and I was upset the games were postponed, so I went home," Hinds said.

Lockdown was a sigh of relief for Hinds as the pressure of the Olympic trials was getting to her. She said it gave an opportunity to slow down, put down her phone and be present.

Hinds is still in disbelief she's an Olympian and how her name will forever be tied to that title. Now, a part of Team USA, her next goal is to secure an Olympic medal.

Hinds is set to race in the 4x100 meters freestyle relay on Saturday.