The Carolina Panthers finished the 2020 season 5-11 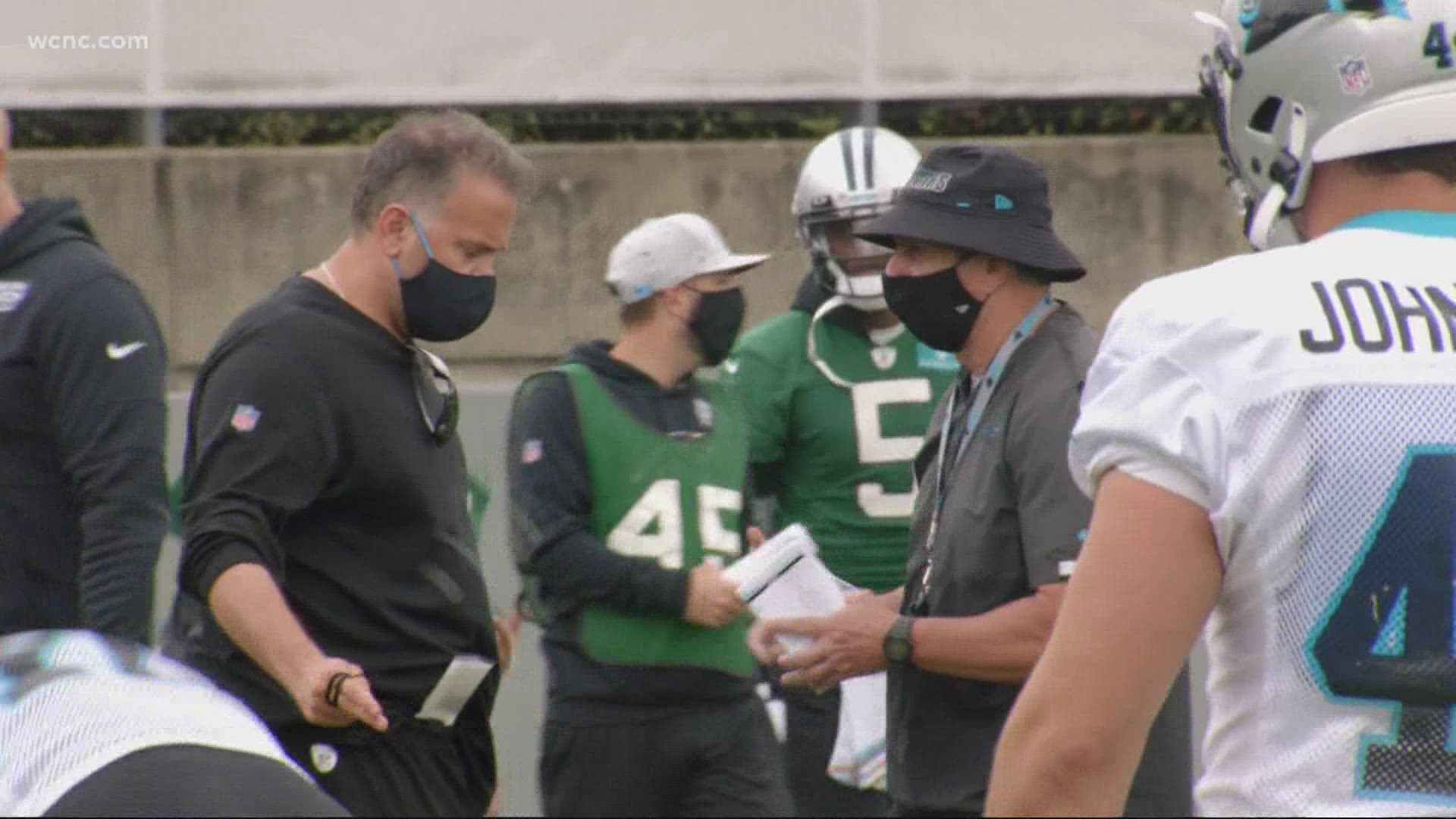 The Carolina Panthers finished their season on January 3rd, with a 33-7 loss to the New Orleans Saints at Bank of America Stadium, and finished the year with a record of 5-11.

Although the Carolina Panthers didn't end their season with a winning record or a postseason appearance, head coach Matt Rhule is optimistic about what he saw from his young team in his first year as a head coach in the NFL.

Meanwhile, the players have bought into the culture Coach Rhule established in his first year.

"If I could compare Coach Rhule to like a stock in the Stock Market you study the stock and you know the trend of it and you confident you'll put your money into it because you know the trend that it's going to take. That's kinda how I feel with him. I know he's going upward and I have full confidence in him and what he's building," wide receiver Robby Anderson said.

As the team heads into the offseason, there will be some big decisions to make including hiring the next general manager of the franchise, free agency and for some key players like star running back Christian McCaffrey it will be getting healthy for next season.

"Not playing sucks," running back Christian McCaffrey said. "There's a lot of things that bother you when you don't play. I can approach it like they bother me and I'm sad or I'm down or I'm angry, which are all emotions that I went through, but at the end of the day like I said I'm in this for the long haul. I hope to be playing as long as I physically can."

The Carolina Panthers will select 8th in the 2021 NFL Draft.