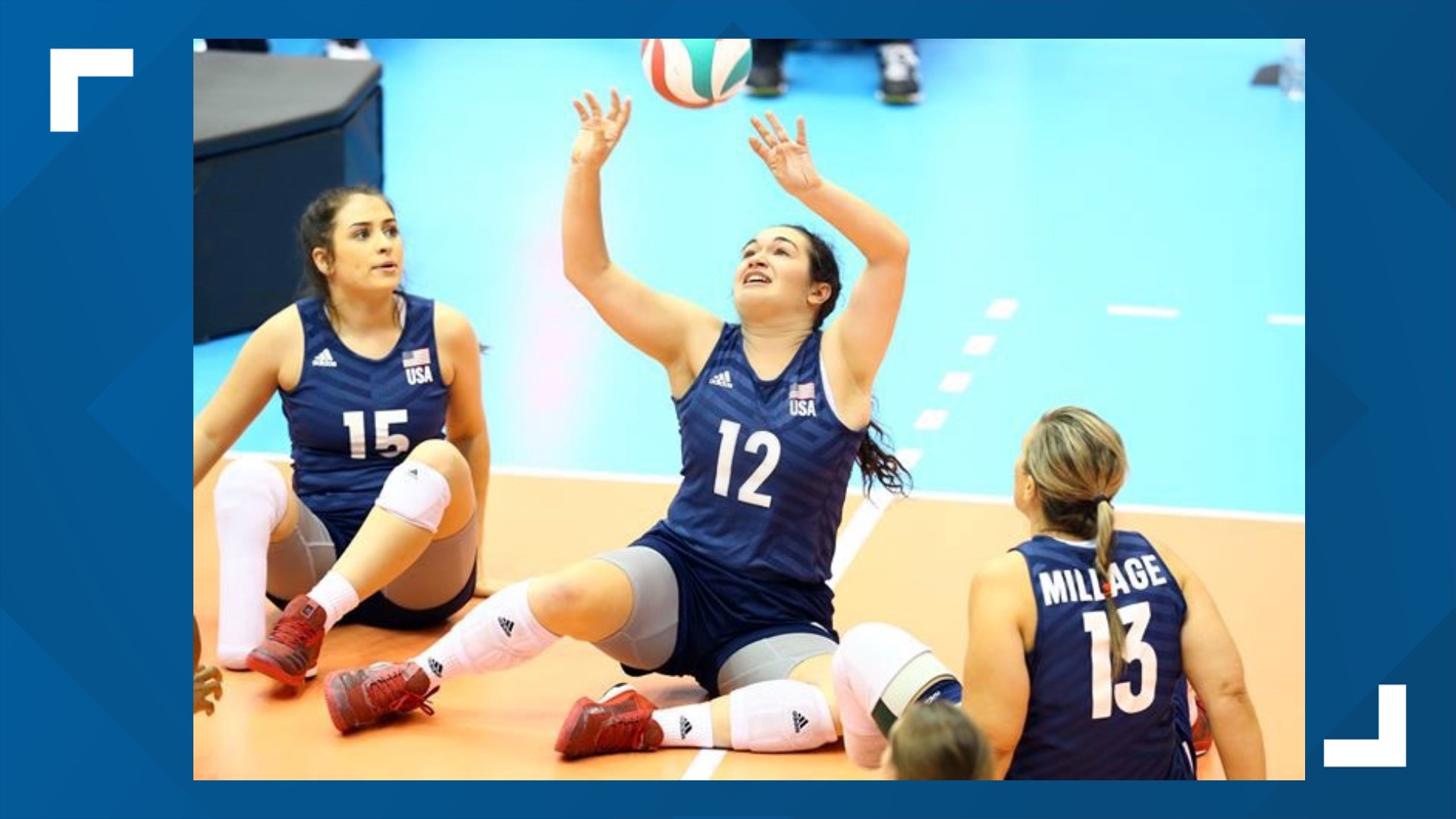 STATESVILLE, N.C. — Team USA's women's sitting volleyball team took home the gold in Saturday's match against Rwanda, defeating them 75-31 with a total of three sets. The USA women's team went on to beat the Russian Paralympic Committee in Pool B on Sept. 1 and will face off against Brazil in the semifinals at 5:30 a.m. Sept. 3 (ET).

When she was 7 years old, Emma Schieck was at cheerleading practice. But her mind was elsewhere.

"I remember a minute or two into the cheer session getting up and sneaking out of the back so I could go back to the volleyball gym," she said. "Because that's where I wanted to be and that's what I loved. And then, the rest is history."

"I toss and hit with the same hand," she said. "A typical volleyball player would hold their hands like this when they're passing, I hold mine differently so that my platform is even, it's just little things like that."

In high school, Schieck was introduced to sitting volleyball. It was a tough version of the support to adjust to.

Emma Schieck is going for gold! The #UNC junior is competing at the Tokyo Summer Paralympics as a member of the U.S. sitting volleyball team. She shares what it means to her to put on the USA jersey https://t.co/zqfL1HsVNz

"It was not always easy but I definitely am really, really happy that I stuck with it," Schieck said.

Now she's an established member of Team USA as an outside hitter, helping them win a world championship in 2019.

"People have all been so nice," she said. "We do pin trading here in the village. It gives me a reason to say hi to people."

RELATED: 'I fell in love with the water I really found my home in the water' | Paralympian Hannah Aspden to compete in 4 events in Paralympic Games in Tokyo

Her focus is on helping her team win gold.

But after that, the University of North Carolina at Chapel Hill student wants to help raise awareness for para and adaptive sports.