Clemson Head Coach Dabo Swinney confirmed that the junior quarterback will not be available for the November 7 game. 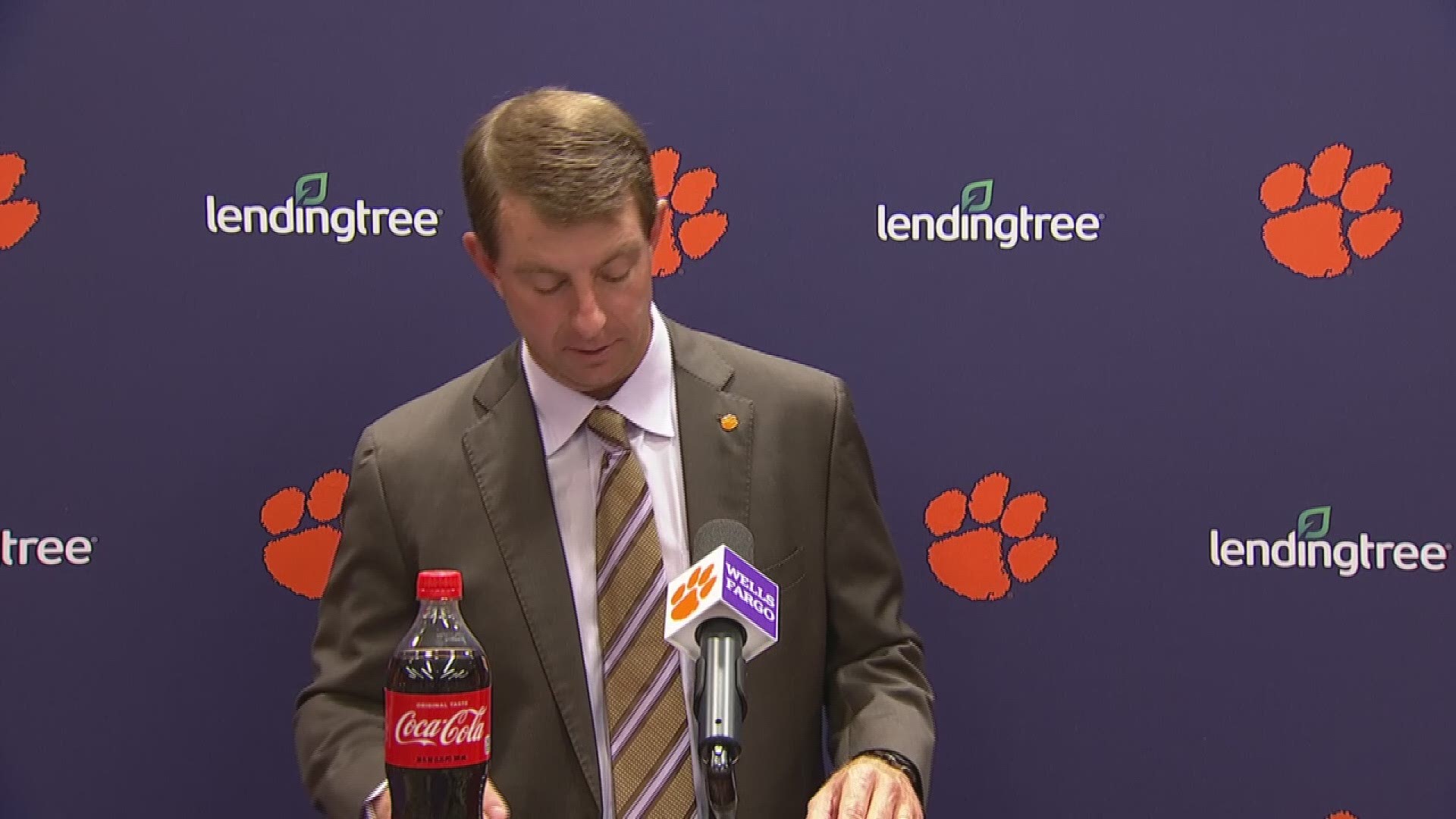 CLEMSON, S.C. — Clemson star quarterback Trevor Lawrence will not play in next week's top five showdown against Notre Dame, his second game missed due to a positive coronavirus test.

Clemson Head Coach Dabo Swinney confirmed that the junior quarterback will not be available for the November 7 game versus the Fighting Irish during a post-game press conference after the Tiger's 34-28 win over Boston College.

Clemson is currenlty ranked first in the nation, while Notre Dame is fourth.

RELATED: Uiagalelei rallies No. 1 Clemson to 34-28 win over BC

The school announced Thursday night that Lawrence had tested positive for COVID-19. Lawrence also issued a statement saying he had mild symptoms and was in isolation.

"The only thing that hurts is missing an opportunity to be with my teammates this weekend and play the game I love," Lawrence said back then.

A positive test requires a player to be out for a minimum of 10 days, assuming no more symptoms at the end of that window. He also must pass cardiac exams, and Swinney said that likely couldn't be completed in time for him to be ready for the next game.

Lawrence's backup, Freshman D.J. Uiagalelei, went 30-41 passing for 342 yards and two touchdowns in a comeback win against Boston College. Uiagalelei, who's from California, was one of the top quarterbacks coming out of high school last year.

After the game Lawrence praised his teammate's performance.

"LETS GO!!!," Lawrence said. "So happy for this team. Great win. Miss being there more than anything. @DJUiagalelei  did your thing proud of you"

LETS GO!!! So happy for this team. Great win. Miss being there more than anything. @DJUiagalelei did your thing proud of you 💪🏼

Lawrence, who grew up in Georgia, is a leading contender for the Heisman Trophy and potentially the top overall pick in next year's NFL draft. He led the Tigers to a national championship as a freshman and back to the College Football playoff championship game last season.

Lawrence was also one of the leading voices for college football returning during the pandemic, as he was heavily involved in the "We Want to Play" movement. It even got the attention from President Donald Trump, who tweeted his support for the effort.