Guy Bryant, 64, has provided a loving home for dozens of young men escaping homelessness and abuse in New York City. 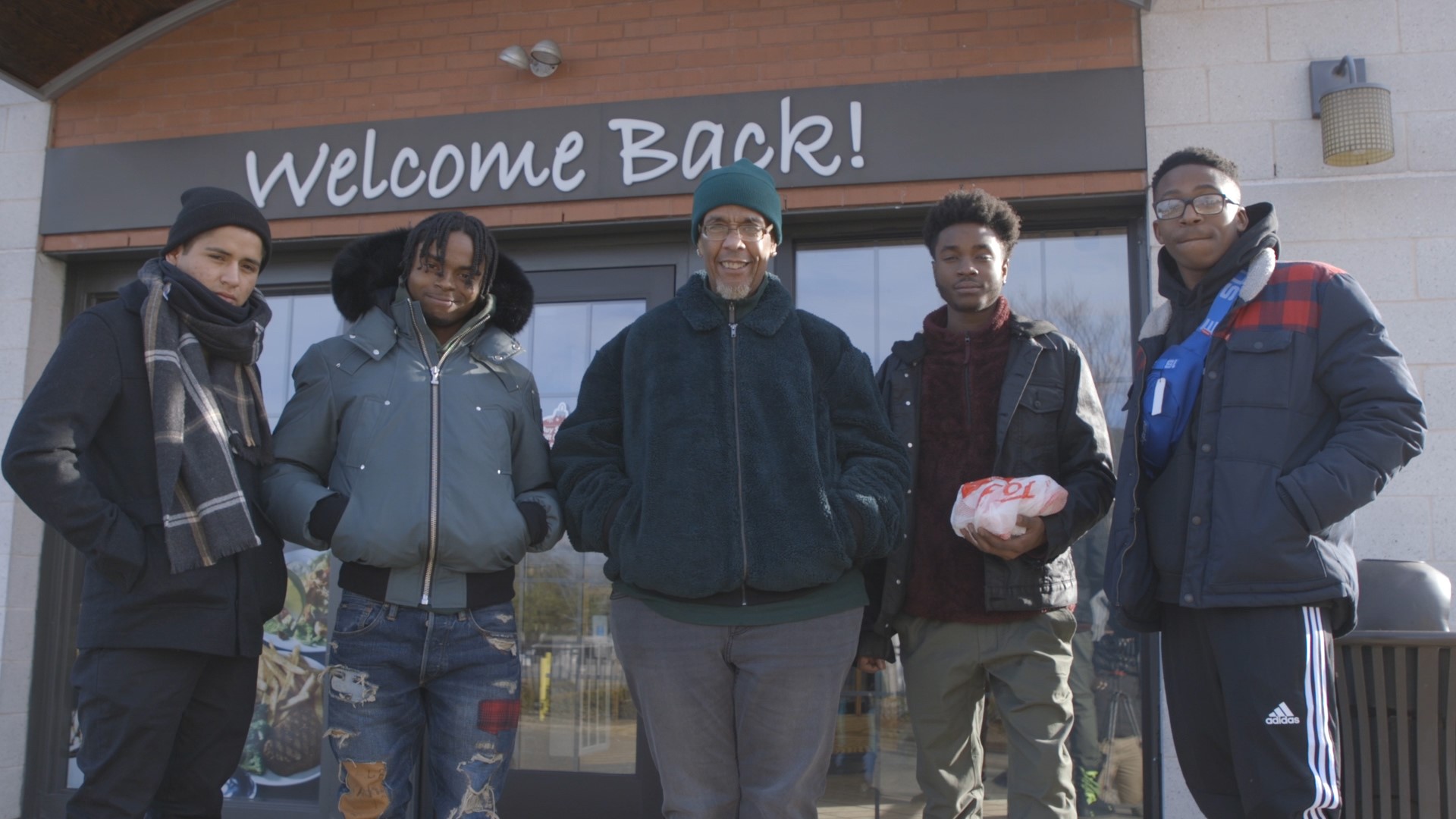 ATLANTIC CITY, N.J. — Two days before Christmas, Guy Bryant woke up in a friend’s timeshare with an exceptional view of the Atlantic Ocean. The frosty waves lapped the quiet beach, which stretched out for miles below.

The 64-year-old was on a rare vacation in Atlantic City, New Jersey, an afternoon's bus ride away from his home in Brooklyn, New York.

In the room next door, four young men in their teens and early 20s slept late. They were tired from the previous day’s Christmas shopping and sightseeing.

All four, like the dozens before them, are under Guy’s care. The self-proclaimed “foster forever dad” has been cooking, cleaning, mentoring, disciplining and serving as a father for nearly 60 young men in New York City’s foster care system.

Guy, who does not have any biological children, first became a foster father in 2007. Nearly every year since then, he’s housed at least one young man in his Brooklyn home. He’s had up to nine residents at one time.

But long before Guy opened his doors personally to any of these young men, he had already committed himself to helping struggling youth within New York’s network of social services.

His illustrious career as a social worker began when he was still in college. Guy was originally drawn to community service because of his upbringing.

“My family was very community involved, we opened the first day care center in our neighborhood, we ran the summer lunch program, we always took in people who had no where to stay,” Guy said.

He worked under many different titles within New York City’s Administration for Children's Services for years, placing children in foster care and managing group homes, but never fostering children himself.

He was serving as a case worker for a young man with a number of complex behavioral issues. As a result, he wasn’t allowed near any other young people his age and had to be isolated with only staff members. No foster parents wanted to take him in.

Despite the young man’s situation, Guy found him to be bright and full of promise. The two got along well and developed a connection. Eventually, the teen asked if Guy would take him in.

After some thought, Guy agreed. After that, it didn’t take long for Guy’s household to grow, though that hadn't been his original intention. Many of his foster kids found him.

His first foster son asked if a friend could stay with them. Then a brother needed somewhere to go. Then another brother. With his caring heart, Guy could never say no.

As a result, his household ebbed and flowed over the years, once growing to nine young men at one time.

Guy's continued his revolving door of foster sons for more than 10 years. He estimates he’s had close to 60 in total, all in their late teens and early twenties.

It’s a challenging age group—it can be hard for these young men to find a foster family for older teens, and many try to live on their own instead, often ending up in shelters or on the streets.

Credit: Guy Bryant
'Good Morning America' orchestrated a surprise reunion on television between Guy and some of his former foster sons.

In those ten years, he’s dealt with every facet of fatherhood: bad behavior, proud accomplishments, disappointments, profound connections and every lifelong memory in between.

He maintains a “tough love” approach and says he isn’t afraid to discipline his foster sons when they need it. But he also says it’s important to be cognizant of previous traumas; Many of his foster sons have lived through shocking hardships and neglect before they reached his home.

“Many of them came from horrendous situations where they were homeless, there was no food… we have kids who were physically abused. And the newest thing is trafficking,” he said.

Guy said it's important to earn their trust by showing he cares.

“I’ve always been very nurturing and I’m not ashamed of being nurturing or hugging my kids or being affectionate to them because that’s what they need. They look at it like, ‘Dang, this man really cares,’ and I do. I care about their well being,” he said.

RELATED: Watch how this Australian airport welcomed US firefighters arriving to fight wildfires

He also takes his foster sons on annual vacations, like their Christmas trip to Atlantic City, as a way to bond and open their eyes to new experiences. And he always keeps his fridge stocked with food, something that means a lot to teens who have experienced hunger.

Twenty-one-year-old Romario Vassell has been living with Guy for about three years. He was living in a homeless shelter as a teen after his mother kicked him out of the house, he said.

“If it wasn’t for [Guy], I would probably be in the shelter or even worse,” Romario said.

“Life out there without a home was not for me… being out there in the real world was like a jungle… it would turn me different and I don’t want to become different,” he said.

With Guy’s support, Romario is set to graduate from high school and has aspirations to become an electrician and later attend Parsons School of Art and Design for fashion design.

“I call him ‘Pop,’ because he does everything as a father figure for me. If I need to talk to him about something, he’s there for me,” Romario said.

Guy is still in touch with many of the men who have since left his home. They've become his foster forever family.

"To watch somebody who you've helped and you've fostered to become a productive adult...they're forever," Guy said.