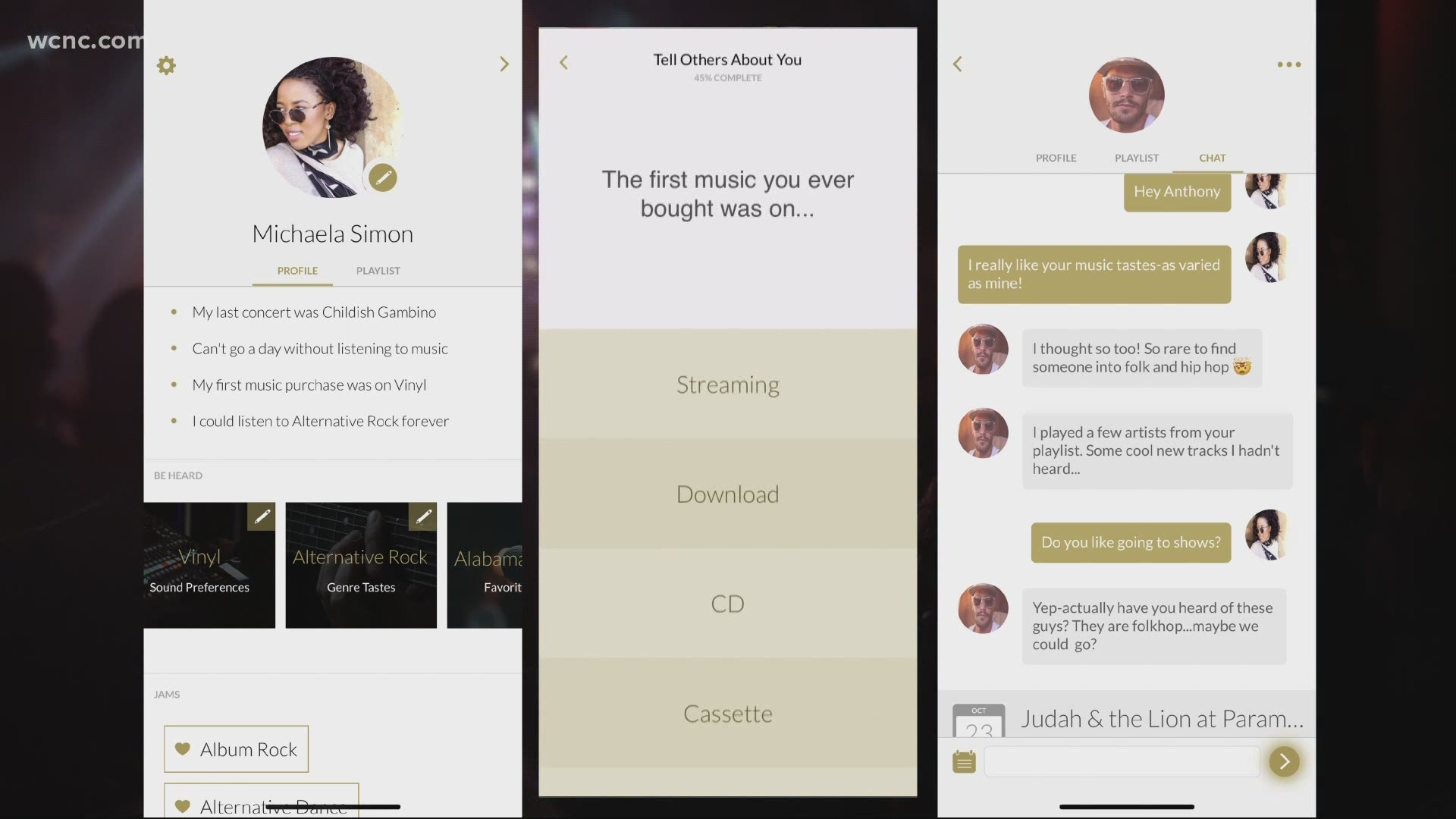 CHARLOTTE, N.C. — Could your music playlist lead to love?

“Vinylly is a [relatively new] dating app that connects people on music compatibility. It takes your Spotify streaming data and combines it with a few questions that sort of round out what you like to listen to," Rachel Van Nortwick, owner and founder of Vinylly said.

Van Nortwick has a background in tech marketing and has always had a love for music, so together she saw a gap in the dating app world and created a first of it's kind scene for single music lovers.

With online-dating now a multi-billion dollar industry and roughly a 1/3 of adults in the country using them, singles rely on these apps to find new potential partners. During the pandemic, they have only become more popular for users here in Charlotte and across the country.

According to a Wallet Hub survey, Charlotte falls middle of the road for best/worst cities for single people, and due to Covid, meeting people [in-person at least] has only gotten more difficult. Vinylly has adapted during the pandemic to stay relevant and helpful for people to connect.

Within your Vinylly account, Van Nortwick said you can see live stream concerts coming up. The user can add that to their chat with their respective match and create a virtual concert date, that is until in-person concerts resume.

In the past, WCNC Charlotte has shared numerous stories about different dating apps. From the perks to the scares, we have covered stories about the dangers they can pose to a vulnerable single.

WCNC Charlotte's Rachel Lundberg asked the founder of Vinylly what their app is actively doing to maintain a safe space. Van Nortwick said, "we do not allow anyone under 18 to be on Vinylly. We definitely make it a point to not allow any type of harassment or anything that is perceived as predatory.”

Ultimately, like other dating apps, the user is in control of who they hit play on [like], hit shuffle on [temporarily pass] or skip [say no to]. It's a free app to download, and 99 cents to begin a conversation between two people that both hit play. To learn more, click here.