Troopers said an RV was traveling on I-77 in Chester County when the driver ran off the road, up an embankment and into a tree. One person died at the scene. 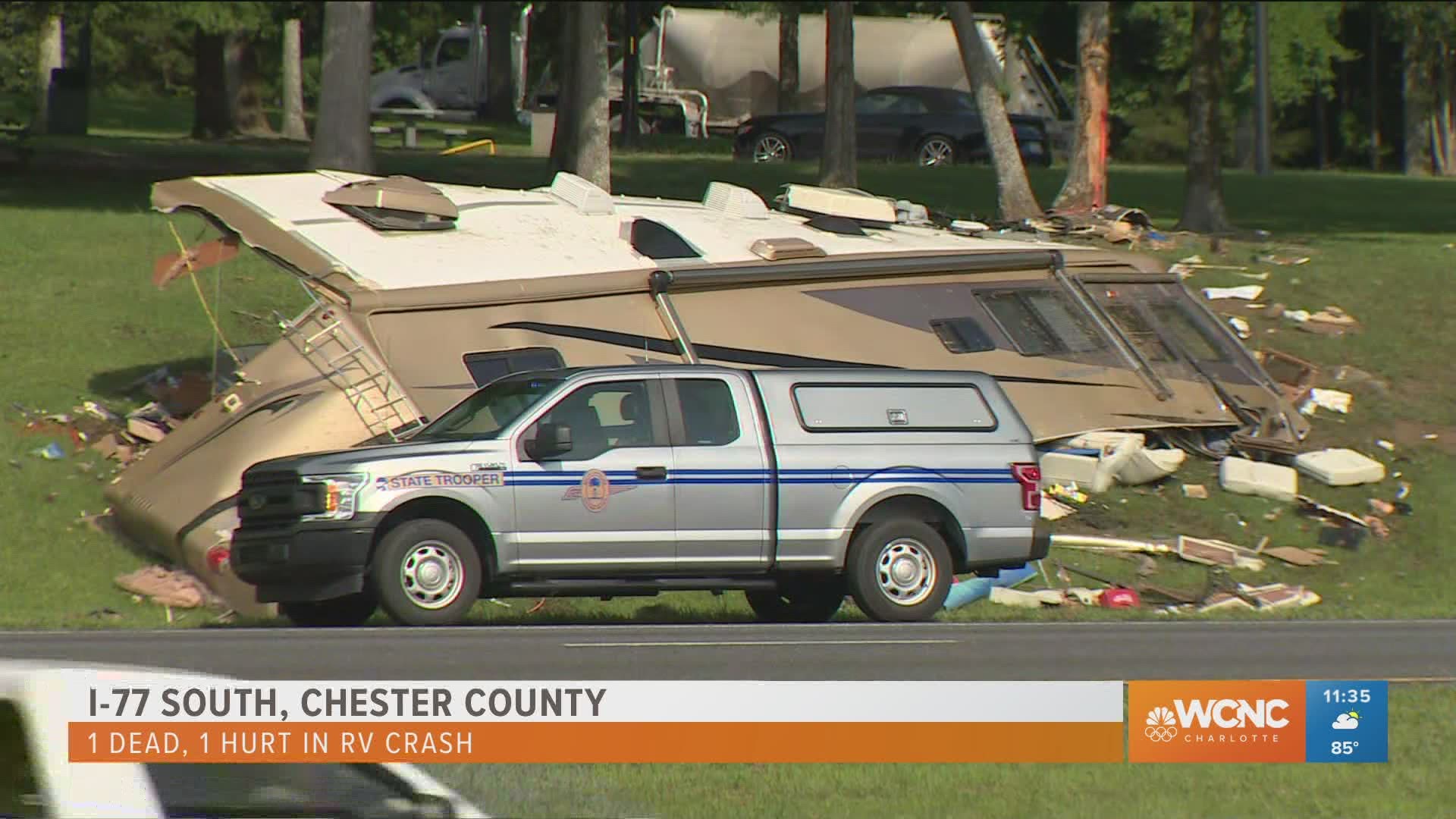 CHESTER COUNTY, S.C. — One person was killed and another was hurt when an RV ran off I-77 in Chester County Wednesday morning, troopers said.

South Carolina Highway Patrol said the RV was driving south on I-77 near mile marker 66 when the driver went off the road, ran up an embankment and hit a tree. Troopers said the driver, who was not wearing a seatbelt, was thrown from the vehicle and died at the scene.

A passenger inside the RV was also thrown from the vehicle. That person was taken to a hospital by paramedics with injuries. Troopers said the crash happened a few minutes before 6 a.m.

No other vehicles were involved in the crash, which remains under investigation.

RELATED: 'OK not to be OK': Mental health takes top role at Olympics