Graffiti on I-485 sign turning heads; lanes may have to shut down for removal

Officials said graffiti is vandalism and damaging state property is a felony. Drivers tell us it’s also an eyesore. 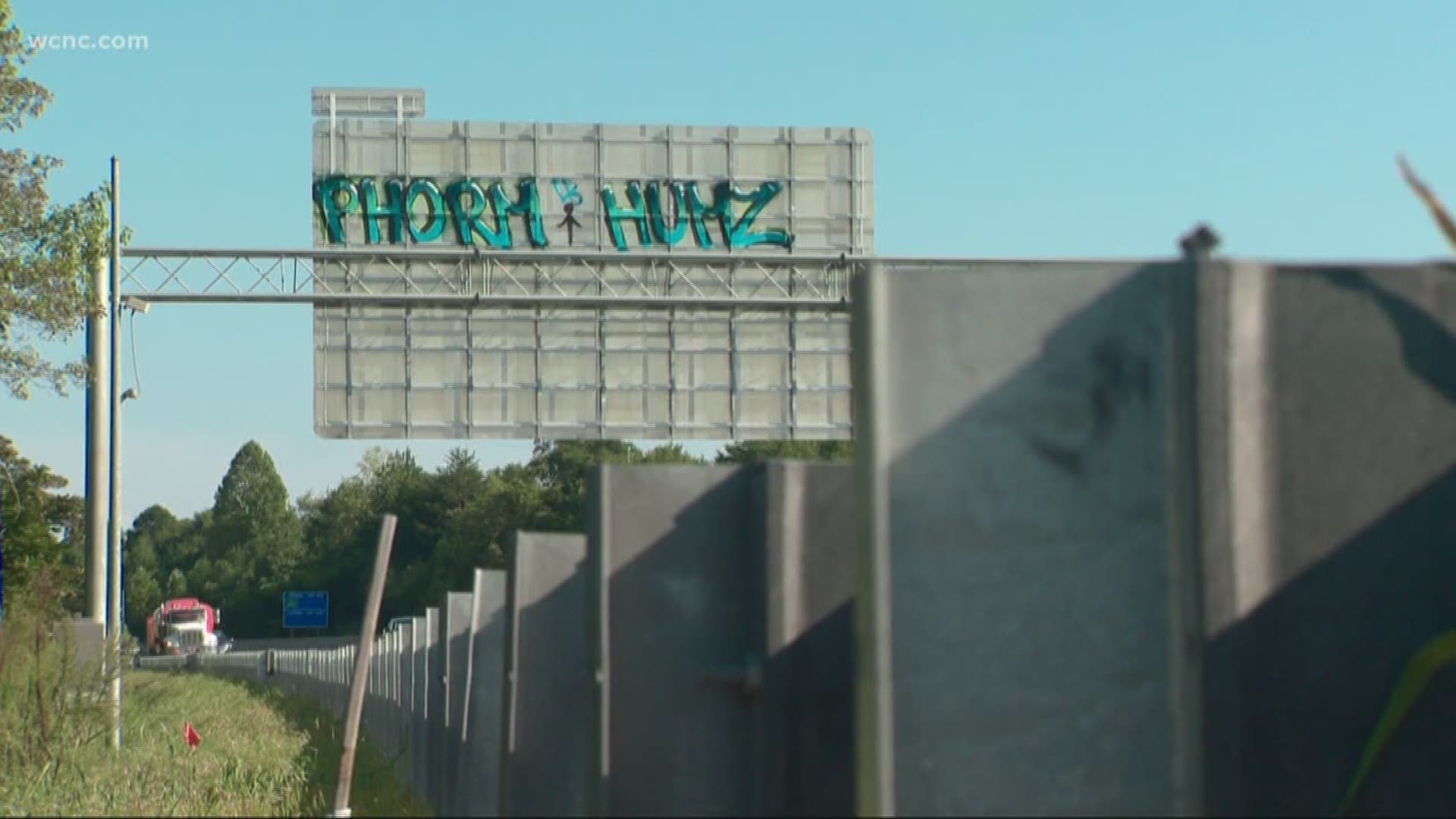 CHARLOTTE, N.C. — If you’ve traveled along I-485 lately, you may have noticed a new addition to a highway sign: Graffiti.

NCDOT said the suspect may have climbed the highway sign sometime over the weekend and spray painted nearly half of the sign near the I-77 interchange.

Officials said graffiti is vandalism and damaging state property is a felony. Drivers tell us it’s also an eyesore.

"It's very distracting," Angela Baecht said. “I wonder just how they really did it."

We’re told the suspect had to climb nearly 30 feet in the air to paint the message. It's a move NCDOT said is not only dangerous for the vandal but other drivers below.

"It's real risky. You know they could have gotten hurt doing that," George Kaarbo said. “It's not too smart."

NCDOT said it’s now up to construction contract crews to clean up the graffiti because the message was spray-painted in the construction zone for the I-485 express lanes.

There’s no timeline for when the graffiti will be removed, but there’s a chance the clean up could require lane closures costing taxpayers time and money.

NBC Charlotte asked police if the graffiti was gang-related. So far, officers have not identified the suspect or made any arrests.