It was supposed to be complete in 2019 but may be delayed beyond March 2020, according to CATS. 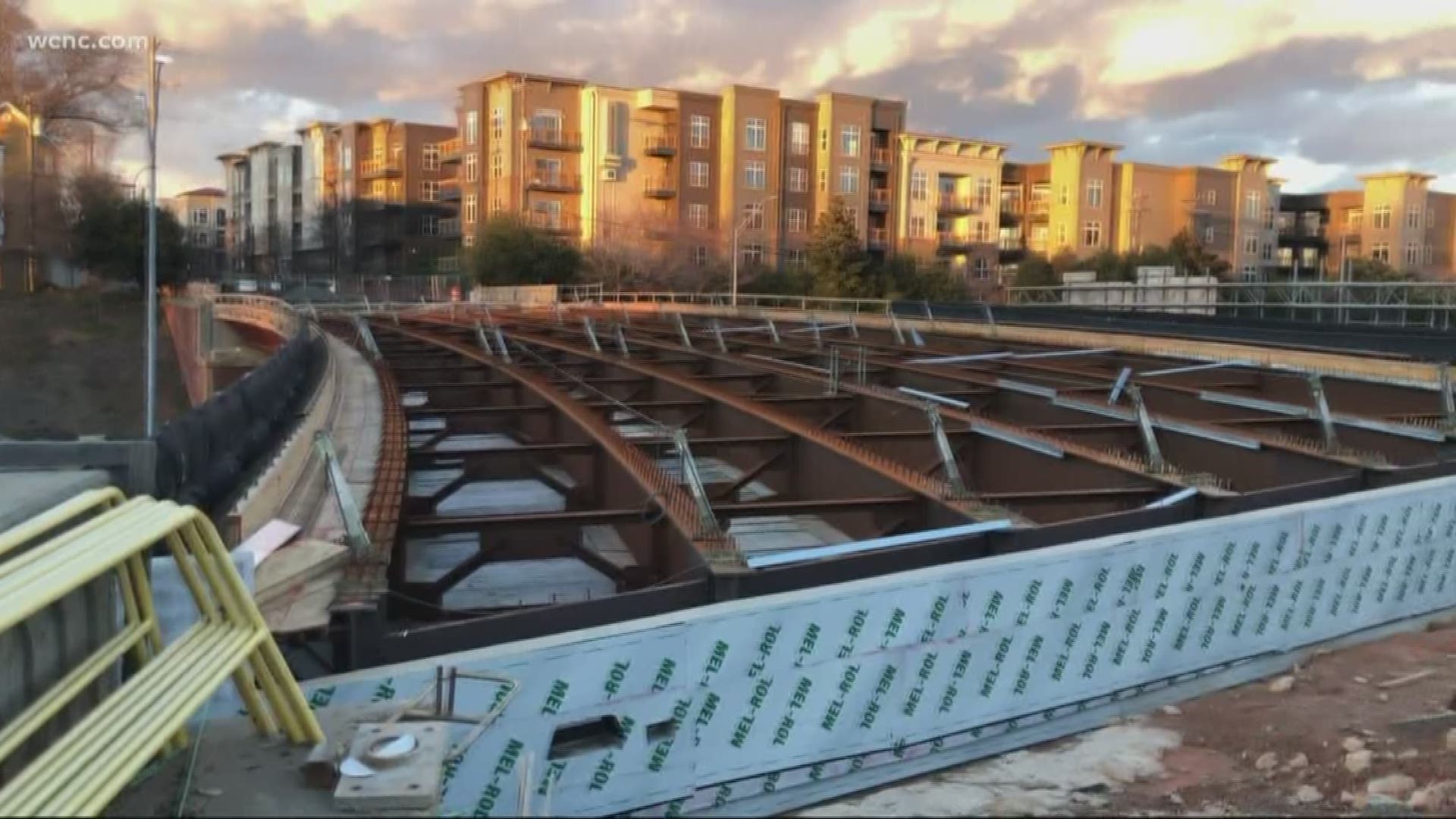 CHARLOTTE, N.C. — The Hawthorne Bridge was supposed to be complete last year, and now, it won't open until April 2020, according to CATS' website. Residents who have dealt with the construction headache and delays say they'll believe it when they see it.

"It's chaotic at best," said Morgan Williams as he talked about the last few years living along Hawthorne Lane.

The Hawthorne Bridge construction project that was supposed physically bridge two communities, Plaza Midwood and Elizabeth over Independence Boulevard. Instead, it has physically divided them for years.

"Workers will come out, work for three days, be gone for three weeks," said Williams.

For nearly 1,000 days construction barricades, cylinders, and piles of equipment have been the front porch view for those who live on Hawthorne Lane, including Williams.

He lives in an historic home along the street that's been under construction for three years.

He and others have grown frustrated with, what they said, is a lack of communication with city staff and leaders about updates and delays regarding the project.

On Monday, Williams said he and others met with the city. Leaders promised residents they would have better communication, according to Williams.

"We had a productive dialogue. We have a long way to go when it comes to resolving the concerns of the community," he said.

The bridge is part of a bigger project, the City Lynx Gold Line that would run from Rosa Parks Place Community Transit Center on the west side to Eastland on the east side of Charlotte.

WCNC Charlotte reached out to CATS to ask about the delay and the reasons why. CATS said they would get back to us on Monday.

"As a taxpayer, the accountability rests with the city," said Williams.

He said he doesn't believe they will meet the new deadline either.

"If you're asking me whether the project will be done by April 2020, absolutely not," he added. "After three years, I think we're just ready to see this done."