Lashandra Chere Williams, 35, was also suspended with pay, according to Charlotte-Mecklenburg Schools. 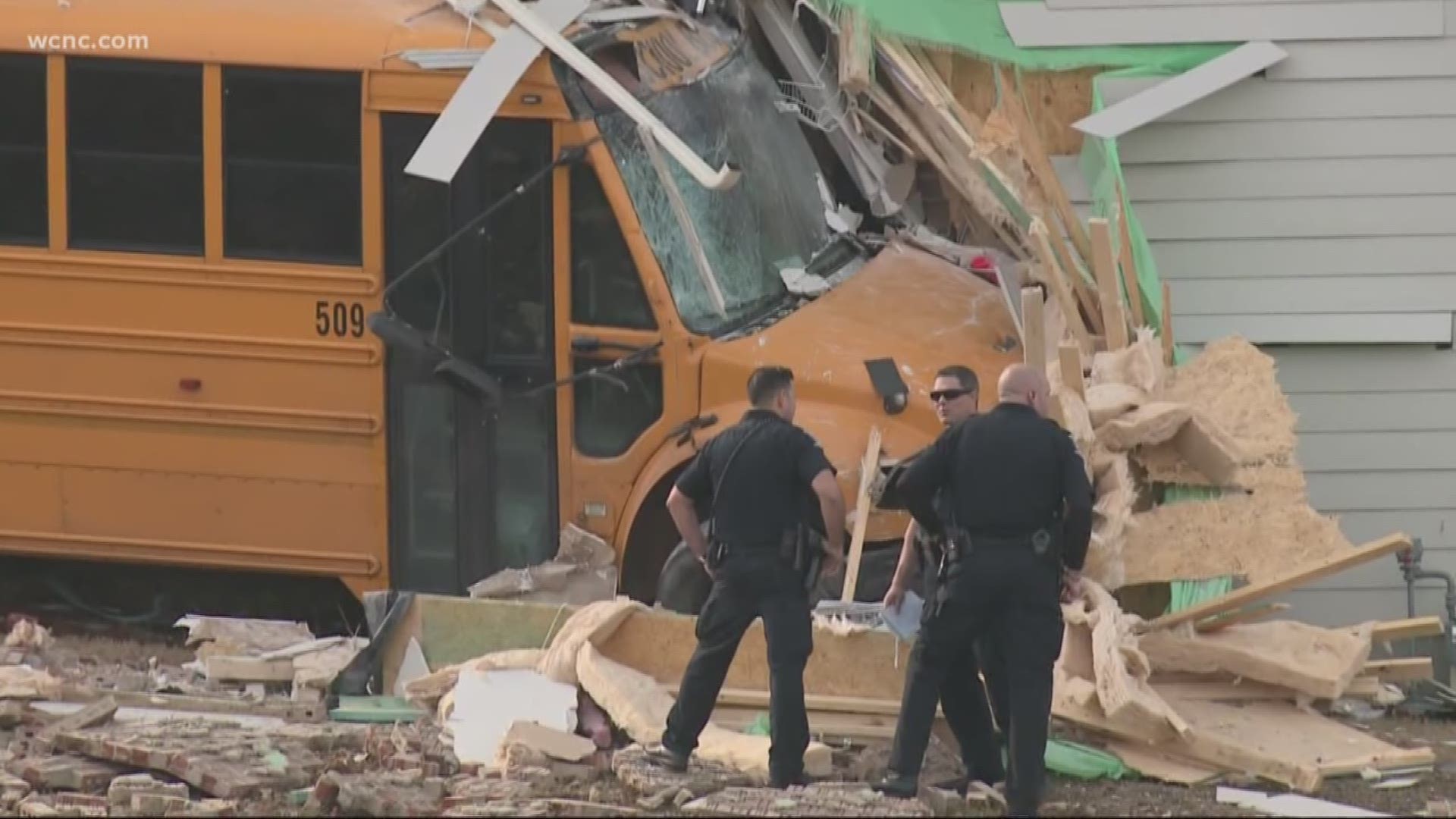 CHARLOTTE, N.C. — The school bus driver who crashed into an apartment building near uptown Thursday has been cited.

Lashandra Chere Williams, 35, was cited for failure to maintain lane control, according to Charlotte-Mecklenburg Police.

The accident happened in the 2600 block of Statesville Ave. CMPD said the bus left its lane of travel and hit a car stopped in a turn lane. The bus then veered off the road and hit the building.

Speed did not appear to be a factor in the crash. CMPD said both drivers were screened and no evidence of impairment was found.

Williams was taken for a drug screening and suspended with pay, per CMS standard procedure.

The safety and security of students and staff is always a top priority at CMS. The district is thankful that no serious injuries resulted from the accident involving bus #509 and grateful to emergency responders, law enforcement, CMS staff and families who responded quickly to meet the needs of students and the driver on board. Parents, students and staff should know that CMS will respond as needed to ensure that transportation safety remains top of mind for all our staff. The district will review the results of law enforcement investigation and act appropriately to help prevent future accidents and to maintain CMS’ existing daily high standard of safety.

The driver of the vehicle was not hurt. Police reported the building was occupied, but there were no injuries.

Charlotte-Mecklenburg Schools confirmed bus No. 509 was heading to Ranson Middle School in north Charlotte with 15 students on board. A witness told NBC Charlotte the children "ran straight off the bus."

Medic's mass casualty bus was brought to the scene to evaluate the students and driver. No serious injuries were reported, but two students were taken to the hospital as a precaution.

Charlotte Fire Department said 16 firefighters controlled and stabilized the building with the help of CMPD. Officials added two residents and their pets were displaced.

CMS issued the following statement after the crash on Thursday:

"CMS bus #509 with 15 students and driver on board on route to Ranson Middle School was involved in an accident this morning. CMS is thankful that no serious injuries have been reported at this time. Emergency responders, CMS Transportation, CMS-PD and district staff responded quickly to help ensure students and staff involved received care. Families of students on board bus #509 were notified, advised of no injuries and arrangements made for safe transportation home or to school. Law enforcement is investigating this incident and CMS will review events leading up to the accident to help ensure the safety of students and staff on CMS Transportation."

Parents can check on their children and track school buses with the Here Comes The Bus App. 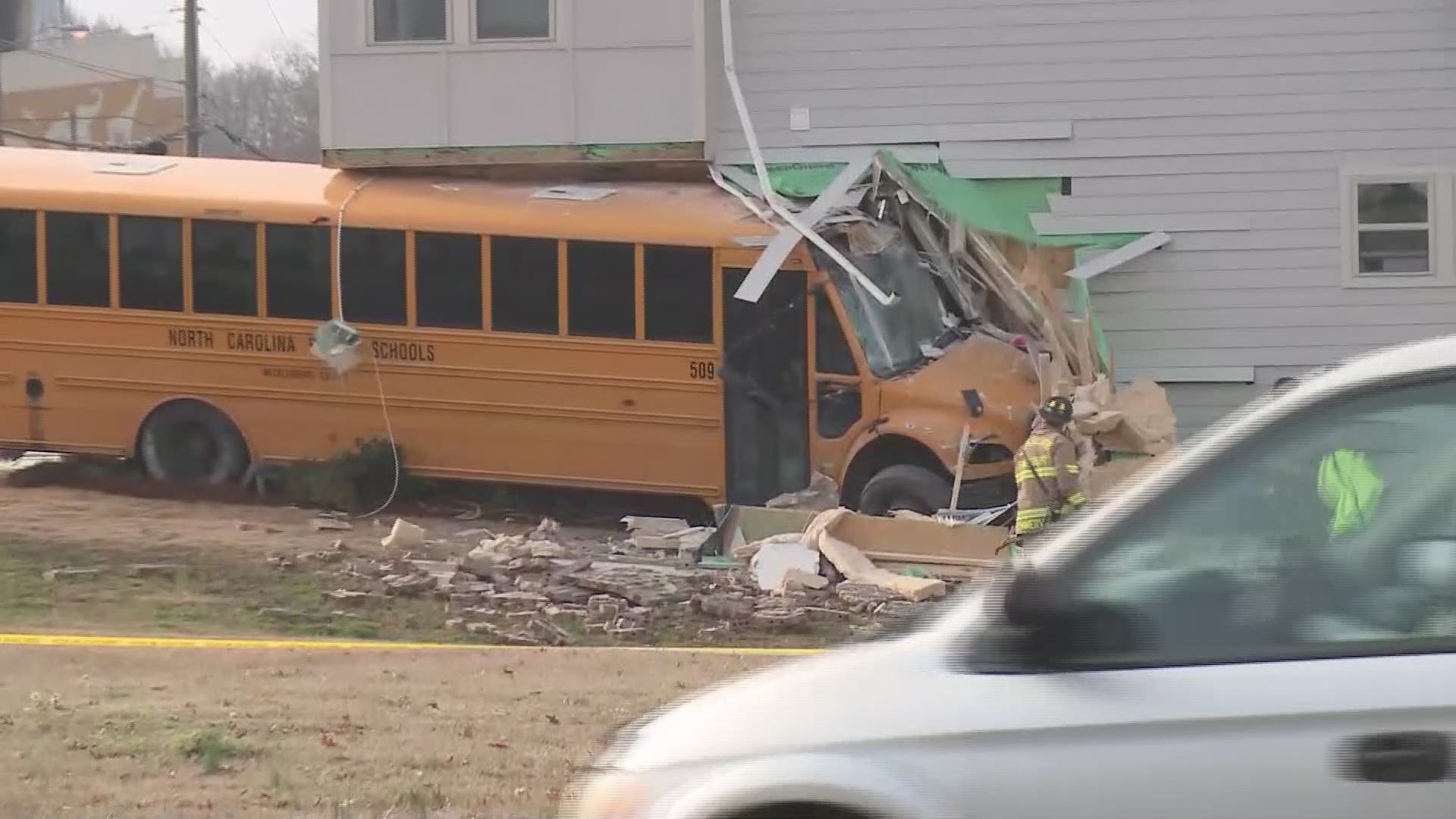