Survey: South Carolina has the worst roads in the country 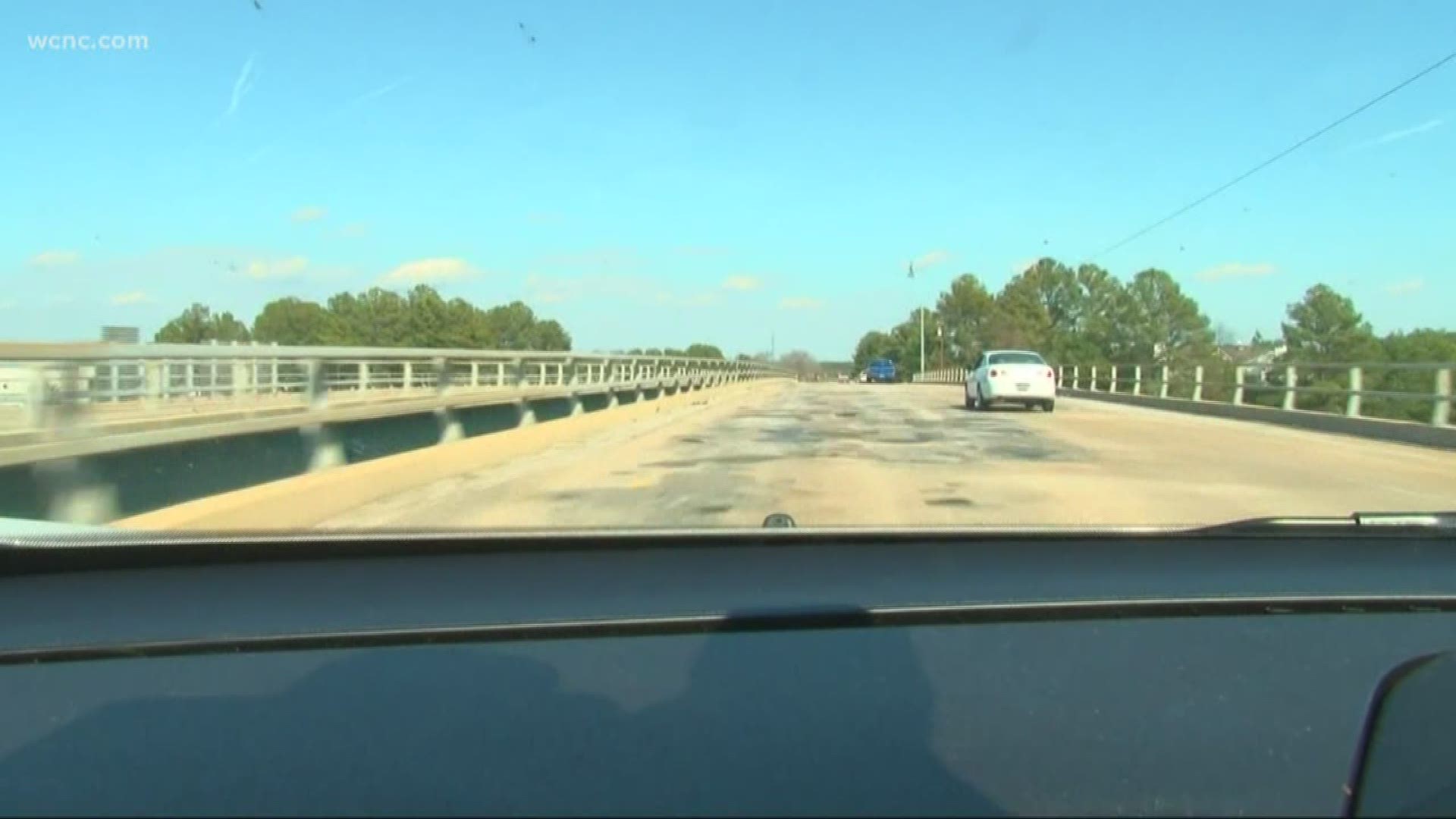 SOUTH CAROLINA, USA — South Carolina has the worst roads in the country, according to a recent survey and research by Consumer Affairs.

"It varies," said Patrick Hamilton, assistant county engineer for transportation for York County. "Some are in dire need of attention. Others are much improved."

Hamilton is also the program manager for York County’s "Pennies for Progress" program.

The program started in 1997 after a state law allowed counties to impose a local sales tax to generate revenue for all capital projects, Hamilton said. York County chose to put that revenue toward roadway projects.

As a result of this program, Hamilton said nearly a billion dollars has been spent on roads in York County since 1997.

"In York County, we're pretty proud of most of our roads,” Hamilton said. “Sure, we have some bad roads around the town, but through our 'Pennies Program', we've been able to make a big dent into the state road system."

The South Carolina Department of Transportation told NBC Charlotte that for three decades, beginning in 1987, SCDOT had one of the lowest fuel taxes in the U.S. Officials said the result of this 30-plus year highway funding policy is poor pavement conditions and more than $40 billion in backlogged paving needs across the state.

After the "Roads Bill" became law in 2017, SCDOT began working on a 10-year plan to improve the highway system, with an emphasis on repaving roads.

SCDOT officials said the first six years will permit contractors time to ramp up for the volume of work that is coming in the way of workers and equipment.

The "10-year target" is to double the percentage of good roads. In addition to rebuilding and repaving roads, the target includes preserving and maintaining good roads.

The plan also calls for replacing a significant number of deficient bridges, improving 1,000 miles of the "worst-of-the-worst" rural road where the highest numbers of fatalities occur and improving the state's interstate system.

In 2017, the General Assembly passed legislation to increase the state gas tax by 12 cents by phasing in the increase at two cents per year for six years.

Since the gas tax increase, SCDOT has advanced to construction more than $1 billion in road work relying on that new funding stream.

SCDOT noted that the survey released by Consumer Affairs references all public roads in the state. SCDOT owns and maintains about two-thirds of public highways in the state.

Get paid $1,000 to watch Hallmark movies