American Airlines released a statement saying two long-haul flights out of Charlotte Douglas International Airport have been impacted due to fuel supply. 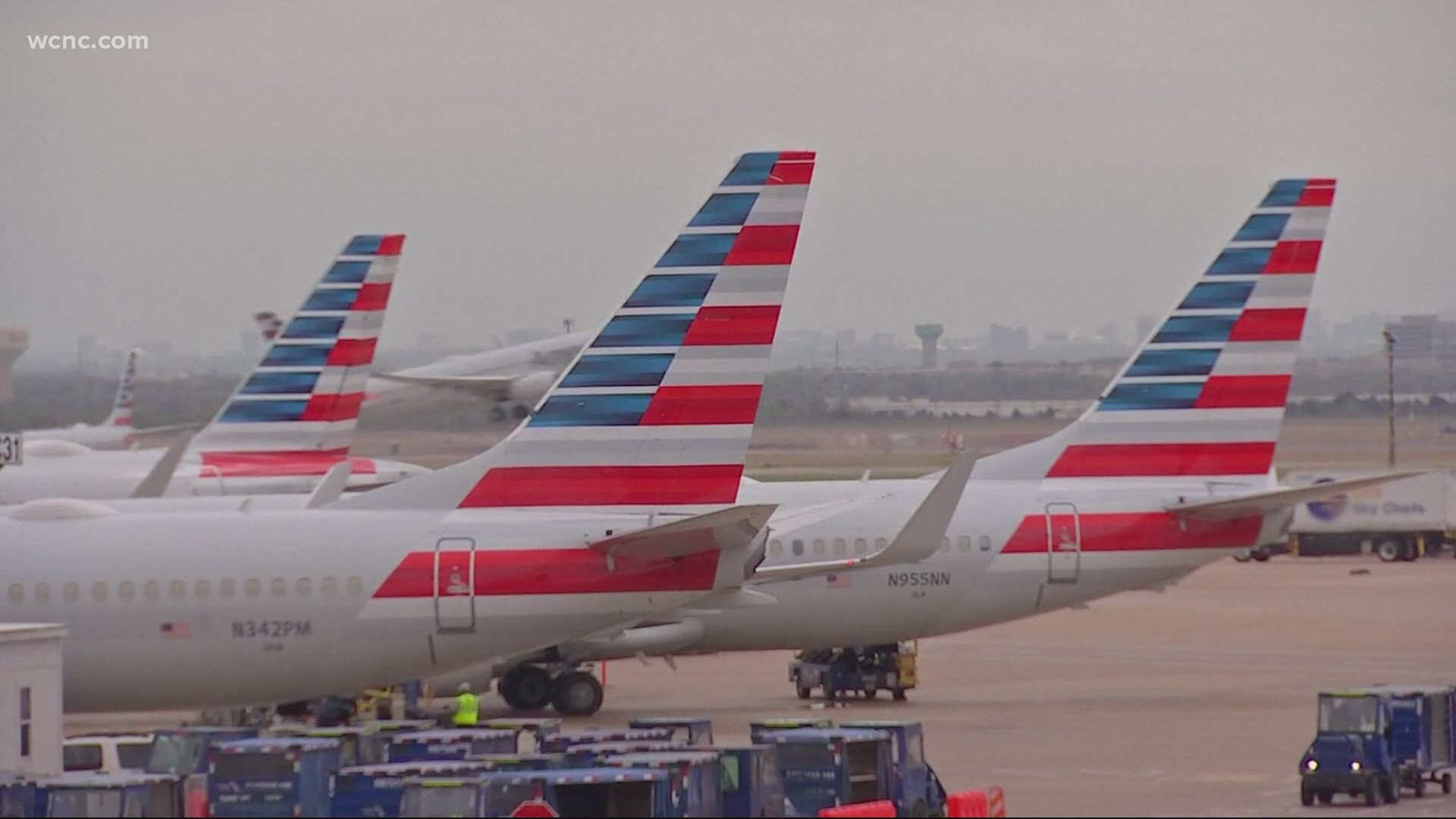 CHARLOTTE, N.C. — American Airlines has confirmed the Colonial Pipeline cyberattack is impacting flights out of Charlotte.

The company released a statement saying two long-haul flights out of Charlotte Douglas International Airport have been impacted due to the fuel supply shortage. Those flights are to Honolulu and to London.

RELATED: Pipeline hit by cyberattack could be back by week's end

The two impacted flights will now make stops to get additional fuel along the way and are set to return to their original schedules on May 15. The flight from Charlotte (CLT) to Honolulu (HNL) will connect in Dallas/Fort Worth (DFW) to change aircraft, and the flight from Charlotte to London (LHR) will stop in Boston (BOS) to receive additional fuel.

"Currently, we are experiencing minimal operational impact to our overall flight schedule due to the fuel supply shortage on the East Coast — with two daily long-haul flights out of Charlotte (CLT) impacted as a result. We are closely monitoring the situation and working around the clock to ensure that we have an adequate supply of fuel across our network," American Airlines said in a statement.

If you absolutely need to get gas and don't want to drive all over the city looking for which stations have fuel, try using this Gas Buddy Tracker to find out where to shortages are.

Airports across the East Coast are monitoring for any impacts. Hartsfield-Jackson Atlanta International Airport released a statement saying while no operations have been affected yet, the airport and its partners are working to mitigate the situation.

"Hartsfield-Jackson and its airline partners are in close communications with fuel suppliers and are taking steps to mitigate any impact the Colonial incident might have," Hartsfield-Jackson officials said in a statement. "Currently, ATL is coordinating with additional suppliers to augment the airport’s fuel inventory. Operations at ATL have not been affected."