Fight breaks out on American Airlines flight over face mask

The plane was about to take off for Charlotte when passengers got into a fight over the airline's face mask policy. 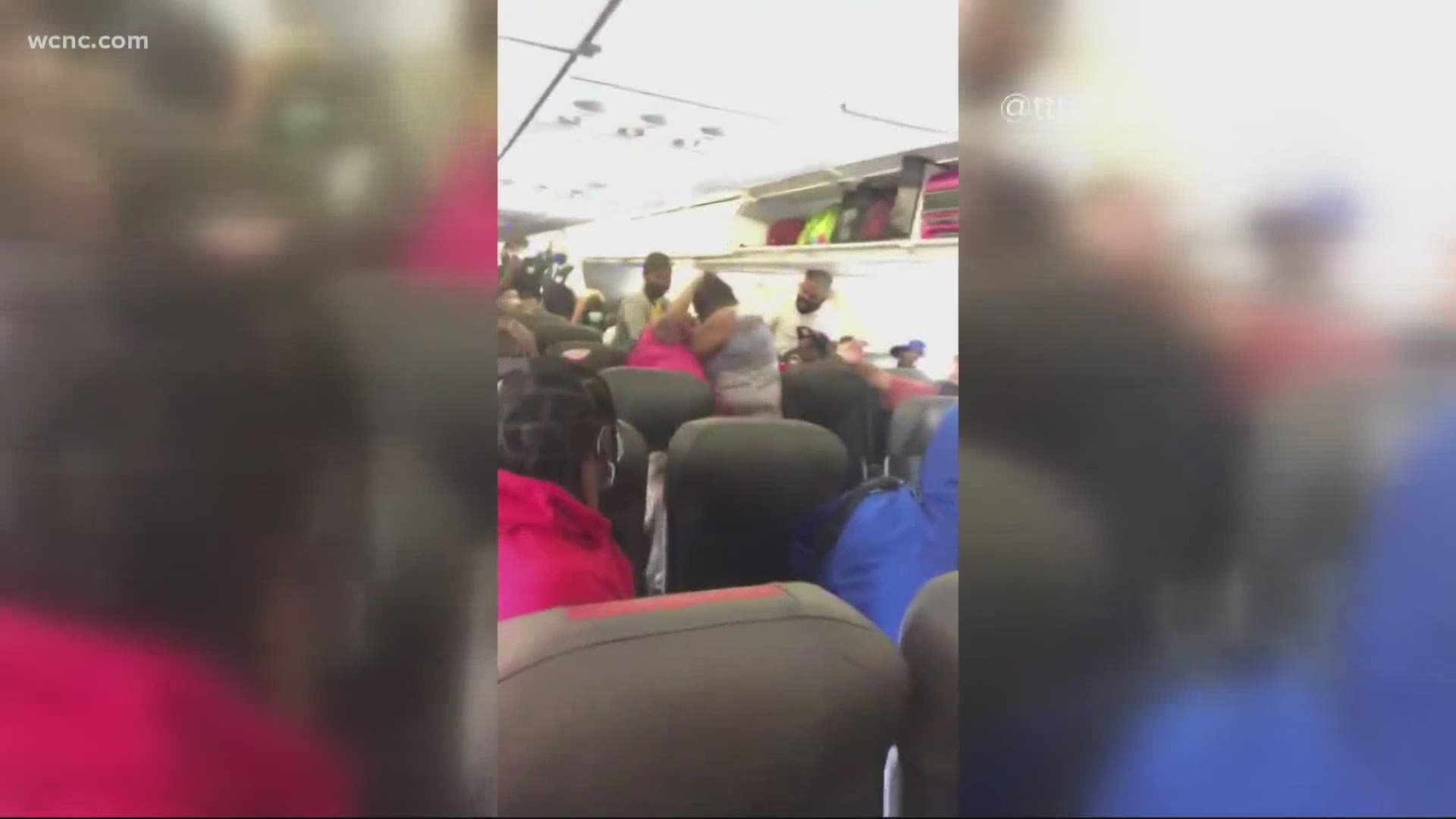 CHARLOTTE, N.C. — A fight broke out onboard an American Airlines flight from Las Vegas to Charlotte on Monday.  The video posted on Twitter by another passenger shows the violent outburst after one passenger refused to put on a mandatory face mask.

American Airlines said the passenger refused to cover their face and was asked to leave the plane, per company policy. American said the passenger became disruptive and an altercation broke out between at least two passengers on the flight.

A passenger who uses the Twitter name @thefatjack posted the short video on social media as the flight crew and passengers waited for authorities from the Las Vegas Police Department to arrive and escort the passenger off the plane.

The passenger has been placed on American's "do not fly" list pending the investigation.

American Airlines began requiring face masks for all passengers on board flights on May 11.  Since then, the airline has strengthened that policy and required masks for any passengers waiting at the airport to board flights.  In June, the carrier  announced it would deny any future travel for customers who refuse to wear a face covering.