Other passengers aboard the American Airlines flight recorded the confrontation. 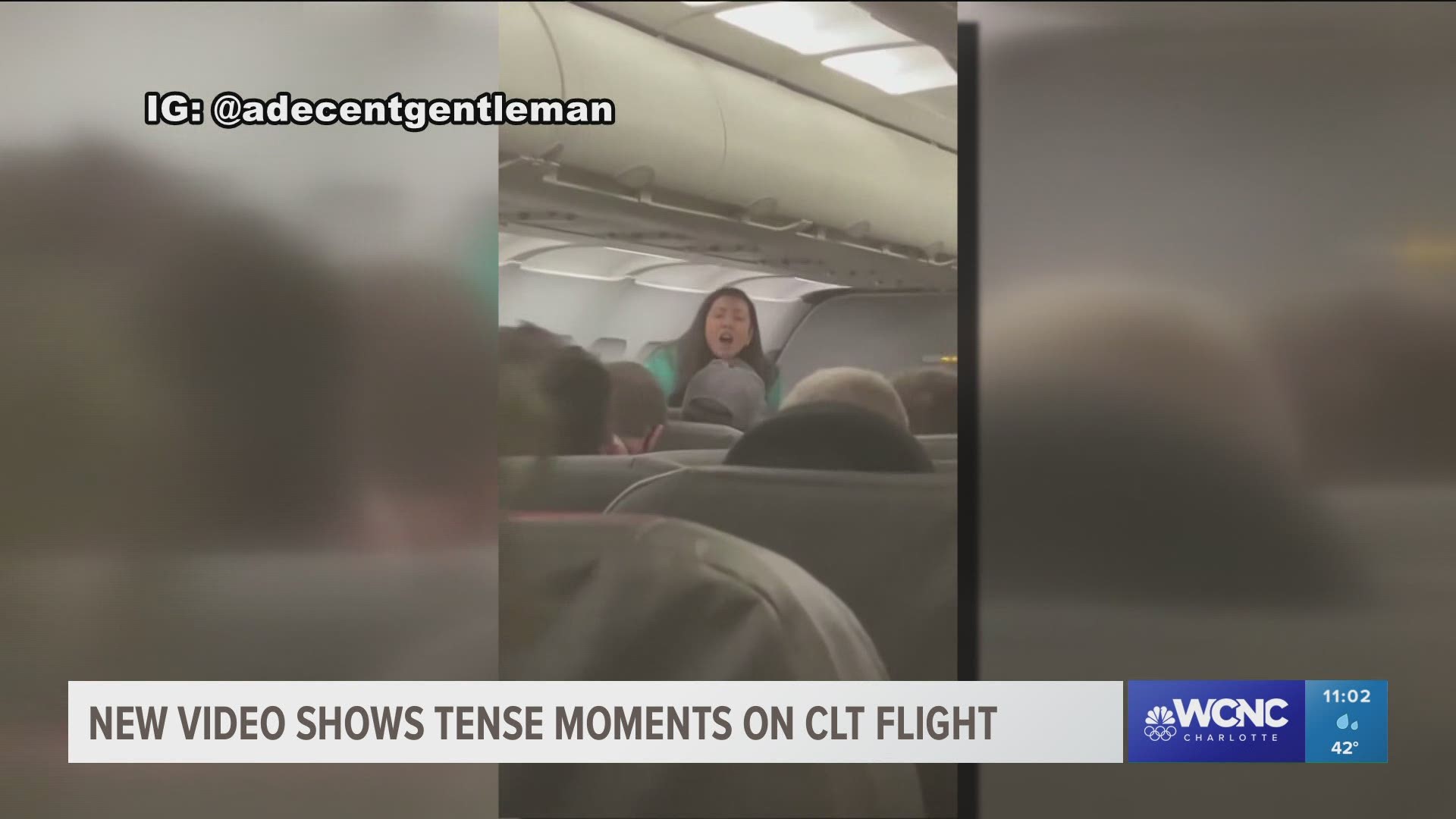 CHARLOTTE, N.C. — An American Airlines flight traveling from Charlotte to Washington, D.C., on Sunday became hostile when a passenger who refused to wear her face mask properly while on the flight chose to loudly voice her frustrations to everyone.

“All I saw and what I woke up to was her screaming about how this was tyranny, and we have to stand up for this,” passenger Jonathan Asfour said.

Other passengers told WCNC Charlotte it all started when those sitting on the same row as the woman voiced concerns after she continued to improperly wear her mask below her nose.

When flight attendants asked her to fix it, she refused. Then, the Federal Air Marshall stepped in to help control the situation.

“He calmed her down," Asfour said. "He was the only person able to do that. The stewardess and flight attendants couldn’t do anything. She was just going crazy.”

Tonight this lady refused to wear her mask abord the @AmericanAir flight from Charlotte NC towards #WashingtonDC DCA. She was yelling and gave a speech about “tyranny”. The passengers in neighboring rows moved.
She calmed down when officers in civilian outfit intervened#COVID19 pic.twitter.com/h95v9ddpXH

Asfour is a Washington, D.C., resident and added he has noticed more acts of defiance like this are becoming the norm.

“It seems like we’re getting an influx of people flying into D.C. to have this agenda of saving democracy and starting a revolution and doing all these frankly very ridiculous things obviously," he said.

The greatest example of that travel to Washington was seen last week during the deadly Capitol riots.

RELATED: House speeding to impeach Trump for US Capitol 'insurrection'

Once the flight landed, American Airlines says the passenger was escorted off the plane by Metropolitan Washington Airport Authority Police. The passenger is also being placed on the airline's “no-fly list” pending further investigation.

At this time, the name of the passenger has not been made public. It's not known what her travel plans were.

RELATED: Family slapped with $471 ticket while traveling in Italy. Here's what they want you to know.