This is when the Carolinas historically see the worst hurricanes

Hurricane season peaked on September 10th and historically some of the Carolinas' worst storms have occurred shortly thereafter. 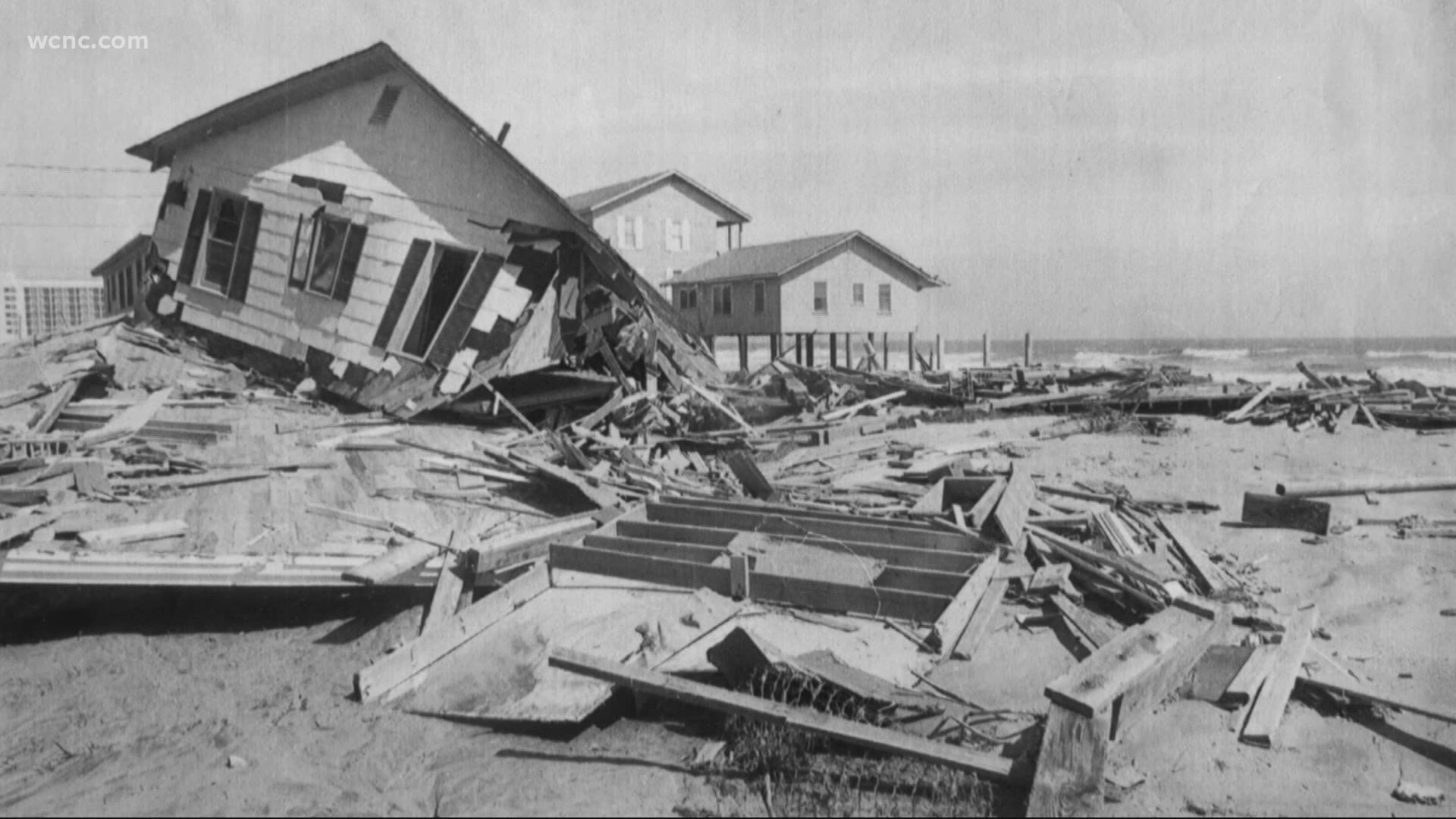 CHARLOTTE, N.C. — September 10th was the peak of hurricane season and now we're moving into the second half of the season. Over 60% of all hurricanes occur in September and October - - and some of the worst hurricanes in Carolina history have occurred during that time.

Historically in the Carolinas, some of the worst storms have happened after that September peak date. Here are some notable names:

Hurricane Diana became a hurricane on September 10th but officially made landfall 3 days later around Wilmington, North Carolina with sustained winds at 100 mph. Diana had a unique path making a loop back through North Carolina after it made landfall only adding to the flooding.

Hurricane Florence took the title from Floyd for the most rain dumped in North Carolina from a Tropical System. Florence peaked as a category 4 hurricane but made landfall as a category 1 storm in Wilmington, NC. Florence was responsible for record flooding all the way up to the Charlotte area.

RELATED: Tracking the tropics: A look back at Florence

Hurricane Floyd made landfall with a 10-15 foot storm surge (peak was around 18 feet) along the Carolina Coast and winds gusting over 110 mph as a Category 2 storm. A lot of eastern North Carolina got over 20 inches or rain as Floyd moved north.

Hurricane Hugo is the strongest hurricane to ever make landfall in the Carolina's. Peak winds around Charleston, SC were estimated to be 135-140 mph. This storm was devastating storm that caused a 20 foot tide along the coast. The forward speed Hugo made at landfall allowed Hugo to spread hurricane force winds across much of the Carolina's including the Charlotte area. When Carolinian's talk about Carolina hurricanes, Hugo is the name likely mentioned first.

Before Hugo, Hurricane Gracie was the last major hurricane to strike South Carolina. Studies later reanalyzed Gracie to be a category 4 storm at landfall with winds over 130 mph. 10 people died in South Carolina and Georgia.

Hurricane Matthew made landfall in South Carolina but continued to ride along the coast slowly. Matthew was a weak category 1 hurricane at landfall but Matthew is better known for its flooding than intense wind speeds. NOAA deemed Matthew as a 1 in a 1000 year flood at the time. The odd thing about this title is that those who received this 1000 year flood two years later had another when Florence moved inland.

Hurricane Hazel made landfall on this date right along the North and South Carolina border. The storm surge created was the worst ever recorded at the time in North Carolina. A storm surge of over 12 to 18 feet inundated affected a large chunk of the coastline tragically at high tide.

We are not saying any storms of this magnitude are set for the Carolina's on this record pace season, but the Tropics are very active right now. We will continue to keep you updated as the Tropics will still be busy over the next couple months.

RELATED: We are tracking 6 systems at the peak of Hurricane Season