How and why tornadoes spawn from hurricanes and tropical storms

It is not uncommon for a hurricane or tropical storm to produce at least one tornado after landfall. This is why this happens, even here in the Carolinas. 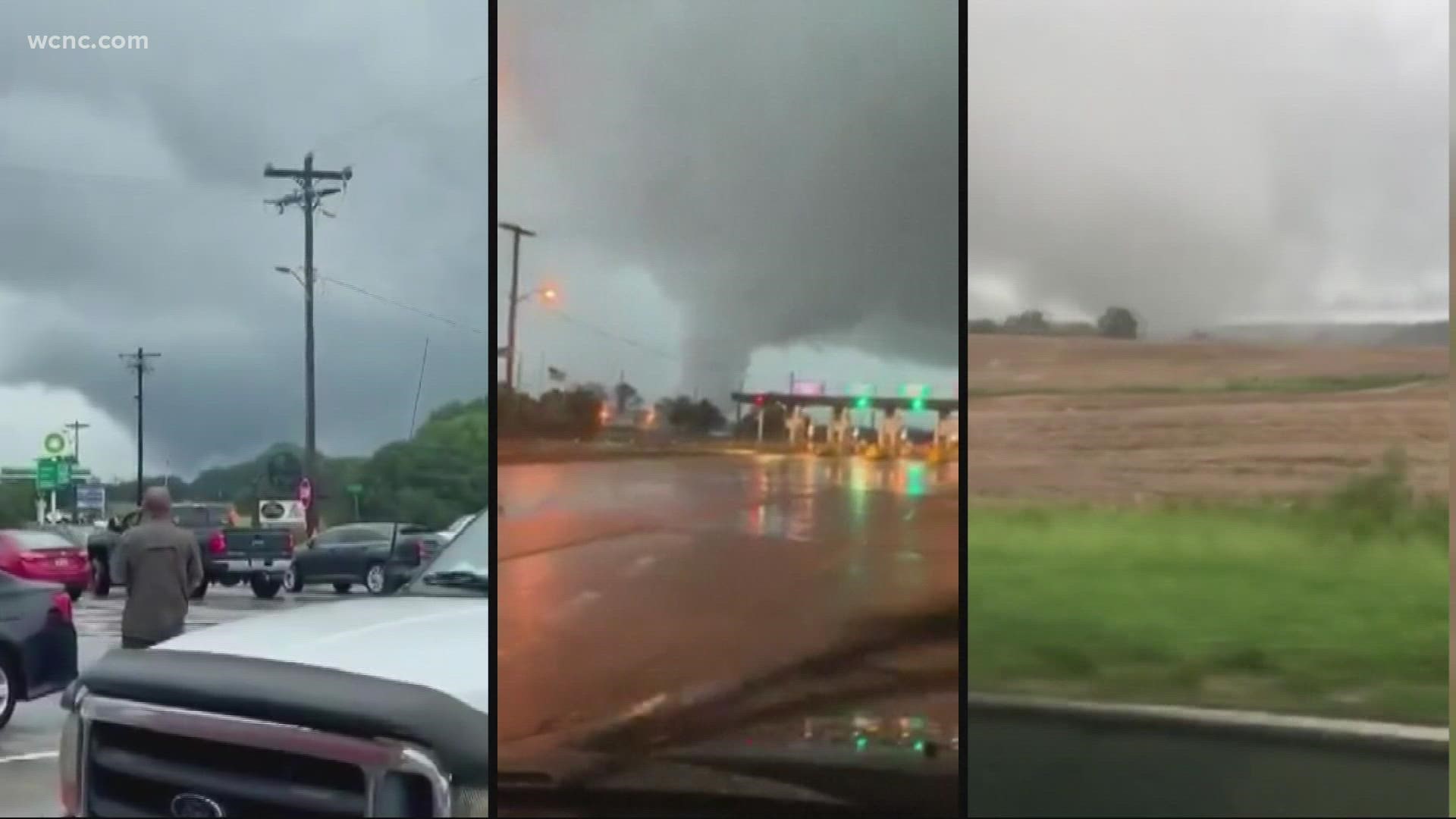 Hurricanes are notorious for their strong winds, storm surge and torrential rains, but another threat they form is tornadoes.

Tornadoes spawning from a tropical storm or hurricane once it makes landfall is not uncommon. It is actually more rare to not see at least one tornado spawned from these spinning storms.

When a hurricane is over water, the smooth surface is not conducive for tornadoes to form. But when a hurricane or tropical storm moves over land, the friction increases. Friction slows the winds at the surface while the winds remain stronger in the upper levels.

This creates the key ingredient for tornadoes, wind shear. Wind shear is the change in wind speed and direction with height. This creates a spin to the atmosphere.

Air starts spinning horizontally but then the updraft of a thunderstorm will drag that column of air vertically which causes the cloud to spin and eventually could lead to a tornado.

This all happens in the outer bands of the tropical cyclone which are located 50 to 200 miles plus from the storm's center. These bands of thunderstorms thrive due to the warm moist air being pumped into them by the storm which is ideal for tornadoes.

The right front of any tropical cyclone is the most dangerous throughout its life cycle. This is where the winds are the strongest and tornadoes are most common.

But tornadoes from tropical cyclones typically do not last long and are fairly weak compared to those that spawn from Super Cells (rotating thunderstorms). Typically they will reach EF0 to EF1 strength and only last a minute or two. But rare cases can reach strength up to an EF2 or EF3 which also last longer.

NOTE: Two examples of stronger tornadoes from tropical systems happened over the last couple year. Isaias in 2020 produced an EF2 tornado in North Carolina and the remnants of Ida produced a very rare EF3 tornado in New Jersey.

FACT: The worst tornado outbreak from a hurricane came In 2004 from Ivan which produced 120 tornadoes across 9 states over 3 days.

Hurricane and tropical storm produced tornadoes happen fast with little warning. So whenever one makes landfall, the tornado threat becomes elevated and tornado watches are likely.