If you ever smell gas indoors, quickly evacuate the building and call 911. But if you only smell it outside, it might not be as dangerous. 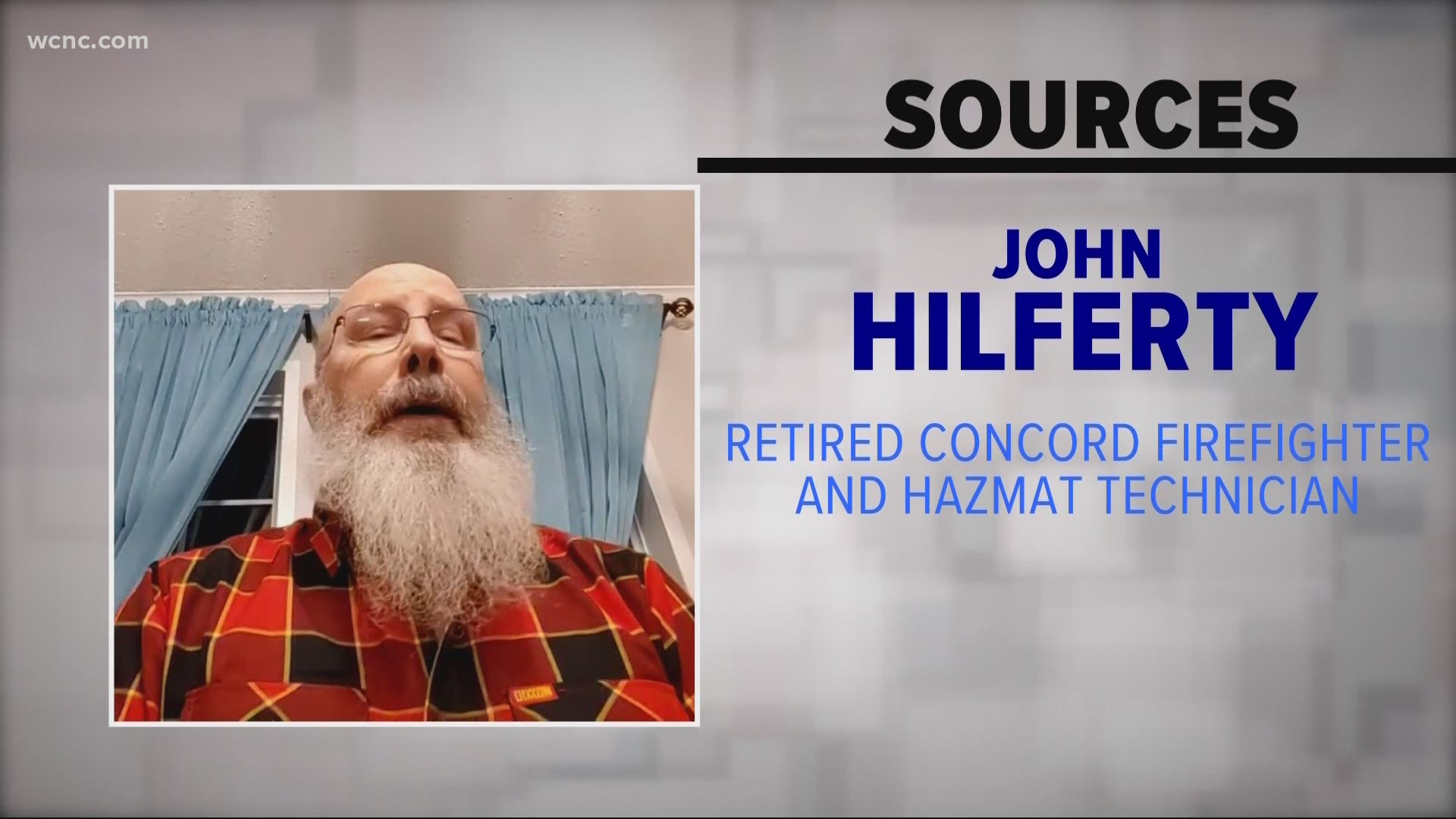 CHARLOTTE, N.C. — Several times during the winter months 911 operators will get a flurry of calls about the odor of natural gas. Now in some cases, this can be a legitimate gas leak, but sometimes it's something else.

If you ever smell gas indoors, quickly evacuate the building and call 911. But if you only smell it outside, it might not be as dangerous.

Natural gas, which is primarily methane, doesn't actually have any odor at all. So for safety, most gas companies add small quantities of a compound call Mercaptan. It's what gives it the smell of rotten eggs and this is for safety so people know when there is a gas leak.

Natural gas is much lighter than air so when it is released into the air it rises quickly and dissipates outside. The mercaptan is heavier though so it can often sink and hang closer to the surface. This difference is important to why under certain weather conditions you might smell gas.

The meter outside you houses a regulator on it which helps control the flow of gas into your home or business. There are times it will normally bleed-off or "burp" small amounts of gas to keep the pressure from building too high in your home. This is normal. So if you are near a meter you might smell it.

The role of temperature inversions?

Here's where the weather plays a role. There are times especially on clear cold nights with high pressure. Or on nights when a warm front aloft is moving in that we get a strong temperature inversion. This is a warm layer of air just above the surface with colder air below it. The cold air is heavy and dense and the warm layer traps lots of thing below it. It can trap smoke, fog, and even sound like we have seen with winter thunder being so loud. At certain times these inversions can trap that smell of gas that is being "burped" out from the meters. Especially in areas where there is a lot of gas service in a neighborhood. These inversions are most common in the morning and at night.

So when in doubt and you smell natural gas call 911 but if it's only outside and it's a cold morning or night. It very likely could be a combination of a temperature inversion and the gas meters doing what they are supposed to do.