Flash flood warning in effect for parts of South Carolina

Heavy rainfall may lead to flooding. A flash flood watch is in effect for the Midlands until Monday morning. 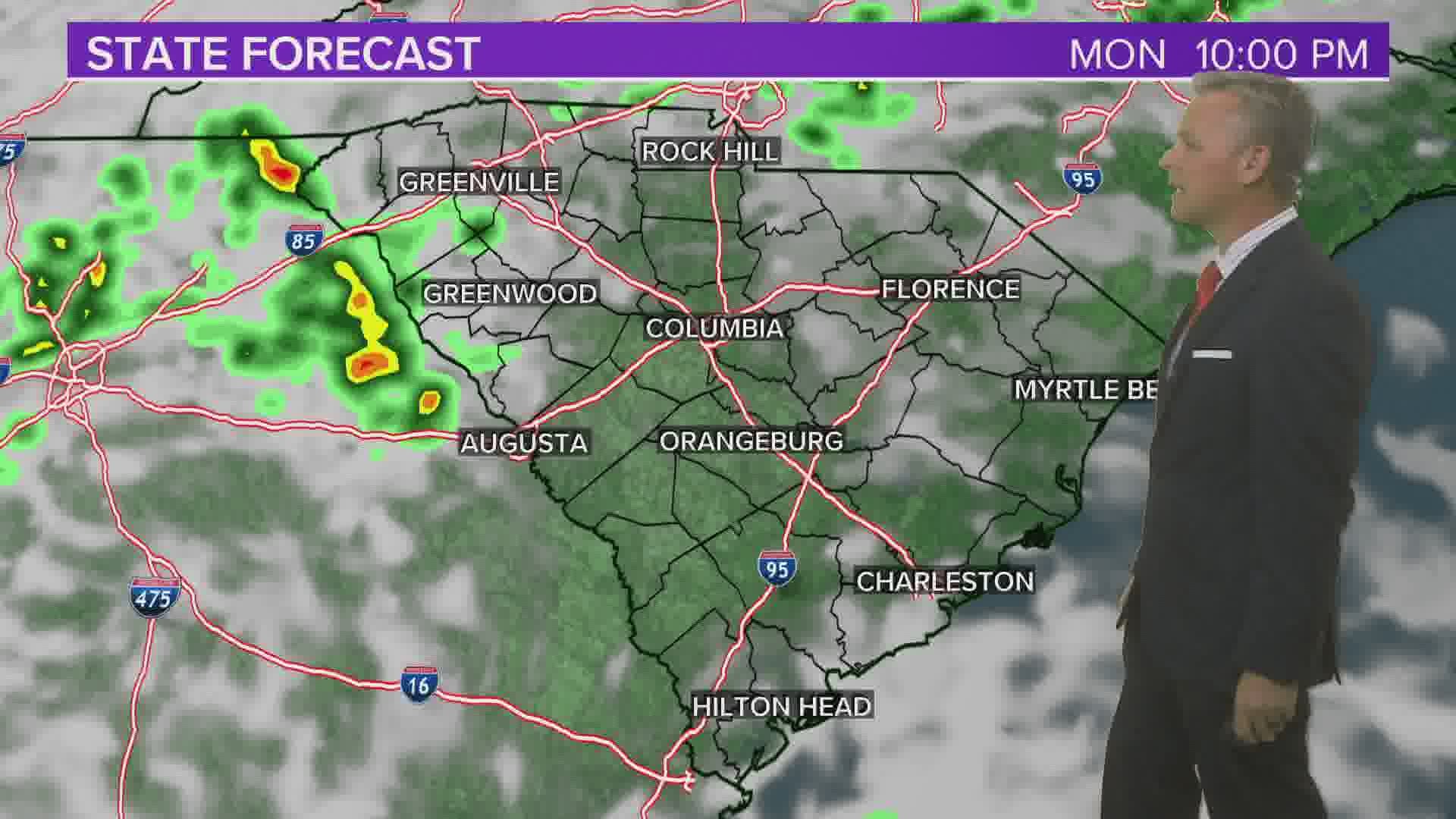 A flash flood warning is in effect for Calhoun, Fairfield, Kershaw, Newberry, Lexington, and Richland Counties until 7:15 p.m.  By late Sunday afternoon, several areas in the Midlands had received 2 to 3 inches of rain already, with more on the way.

People should stay off the roads if possible, but if they do drive, don't attempt to cross a road that's covered in water.

The tornado warning  that was in effect for western Lexington County has now expired. The possible tornado was indicated on radar. At present, it's unclear if a twister was actually on the ground.

RELATED: What to do when a tornado strikes, safety tips

While that warning may be over, more could be coming, as Claudette continues to stir up the atmosphere as it pushes into South Carolina. Here's the latest on the forecast for the tropical system.

Claudette is still a tropical depression. The storm was located about 80 miles west of Columbia. Claudette was moving east-northeast at 17 mph. It had sustained winds of 30 mph with some stronger gusts.

The storm is still not very symmetrical. Most of the rain and storms are on the eastern side of the system, well away from the center of circulation.

A flash flood watch is in effect for most of South Carolina. The watch continues through early Monday morning.

Considerable flash, urban and small stream flooding is possible as heavy rainfall moves across the state.

The system is moving east-northeast. It should gradually accelerate in that direction through tonight as it moves ahead of a digging trough over the central United States.

All of the models show the system near the North Carolina coast by midday Monday. Conditions appear to be right for the redevelopment of Claudette once it encounters a more unstable marine environment late today.

Given the current forecast, significant rainfall is expected to move into the area and severe thunderstorms will be possible too.

The chance will increase for heavy rainfall through Sunday night. Localized flash flooding will be possible. The flash flood watch for the Midlands continues through Monday morning.

Severe thunderstorms are for the rest of the day. The greatest threat is damaging wind gusts, but isolated tornadoes are possible. This is very typical of landfalling tropical systems.

There are currently no severe weather watches or warnings in effect for the Midlands.

Timing of Claudette in SC:

The chance for rain will move out. The threat of severe weather will diminish as the tropical depression moves out of the region.