An 85-year-old man fell off a ladder while preparing his home for Hurricane Dorian, Gov. Cooper said. The man later died as a result of his injuries. 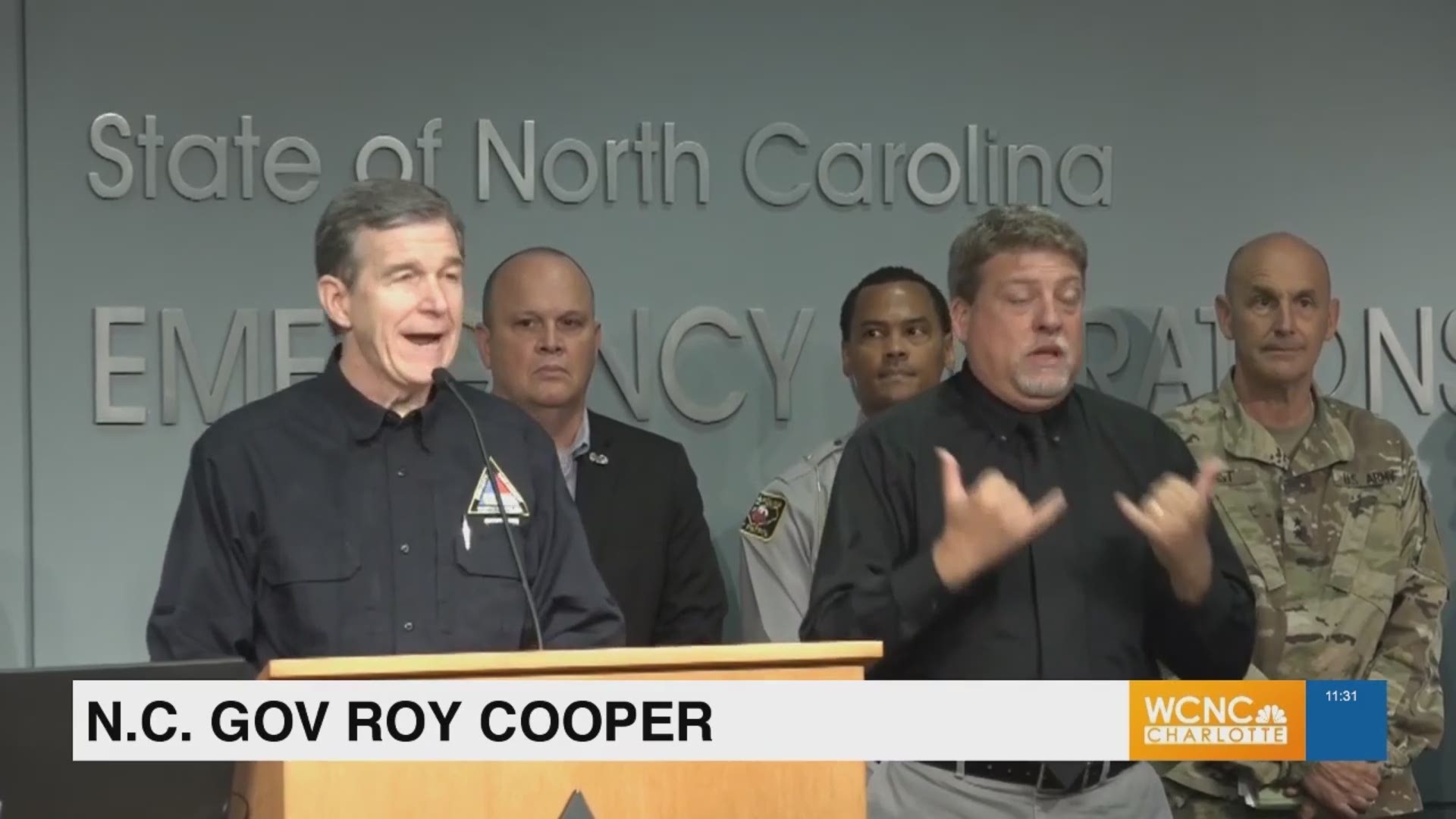 Cooper said the 85-year-old Columbus County man fell from a ladder while getting ready for the storm.

Dorian's outer bands reached the Carolina coast Wednesday morning with rain starting in the Charleston area around 10 a.m. First Warn meteorologist Chris Mulcahy says the storm could bring 7-10 inches of rain with 4-7 feet of storm surge on the immediate coast.

As of 12 p.m., Dorian's sustained winds are 105 mph and the center of the storm is expected to reach the Carolinas Thursday. Forecasters believe the storm could make landfall in eastern North Carolina early Friday morning before going out to sea. Chief meteorologist Brad Panovich said Dorian will make "significant impacts" on the Carolina coasts starting Wednesday night.

Mandatory evacuations are in place up and down the coast and Cooper said people shouldn't try to ride out the storm if they're in an evacuation zone.

RELATED: These images show the sobering devastation Hurricane Dorian left on the Bahamas

In Charleston, a Waffle House restaurant is already serving its limited menu and may be forced to close due to rising waters from Dorian. The restaurant was shut down during Hurricane Matthew with water rising up to the doors during high tide.