The worst of Florence has moved out but the devastation left in its wake will leave a lasting impact across the Carolinas. 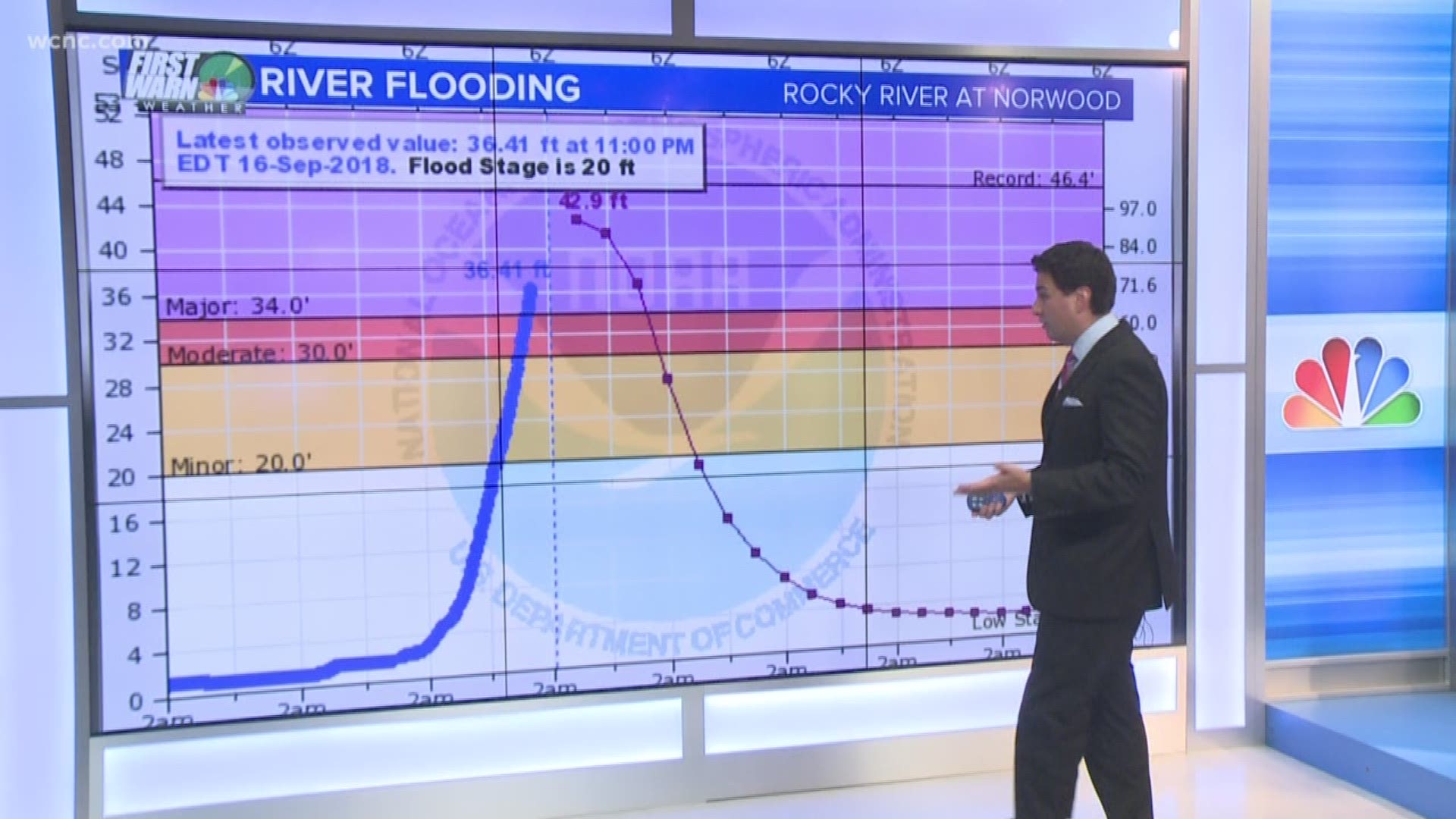 CHARLOTTE, N.C. — The worst of what was Hurricane Florence has moved out of the Charlotte area but the Carolinas are just now feeling its impact as rivers could see historic crests in the coming days.

The good news for Charlotte is most of the creeks and streams that flooded during heavy rains Sunday are returning to normal levels. The Rocky River at Norwood, North Carolina is currently forecast to crest at 42.9 feet. That's 15 feet above major flood stage. First Warn meteorologist Chris Mulcahy said despite the high level, the Rocky River could be below minor flood stage Tuesday morning.

But the major problems are east of Charlotte, particularly in the Fayetteville and Lumberton areas.

In Lumberton, standing floodwaters will remain in place for the rest of the week as the Lumber River is approaching a crest of 24.3 feet. That's over 11 feet above major flood stage. Many buildings and homes in the area will be submerged for days before the water levels recede. Interstate 95 has been shut down due to the flooding. 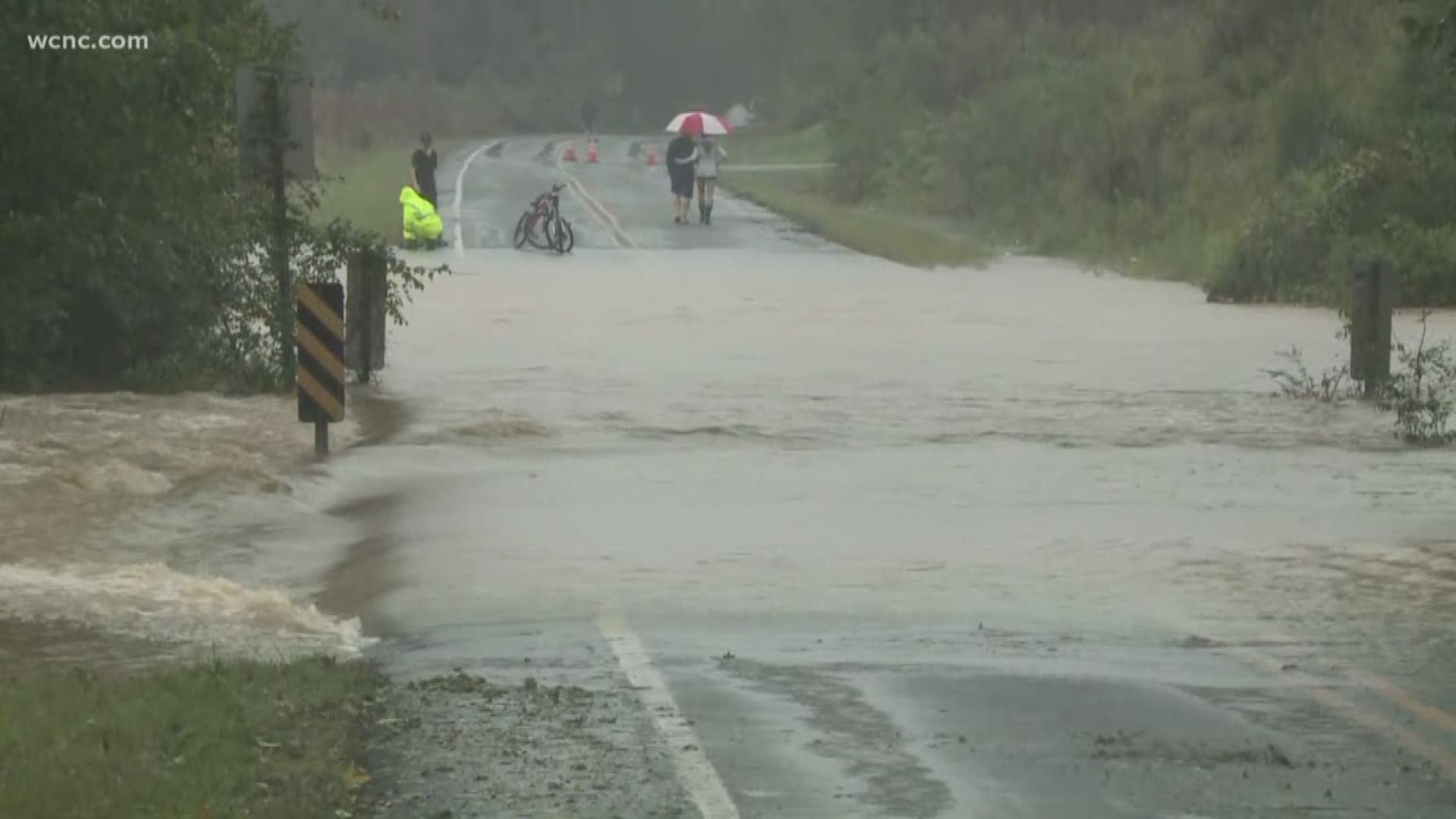 In South Carolina, the Pee Dee River at Cheraw is almost 20 feet above major flood stage. It is forecast to crest at 50.2 feet and could set a new record this week. Chesterfield County was under a Flash Flood Emergency Sunday when anywhere from 10-17 inches of rain fell throughout the day.

The rains of #Florence have brought widespread flooding to North Carolina. Please DO NOT drive through floodwaters, and follow these tips keep your family safe as the recovery process begins. #ncwx #ReadyNC pic.twitter.com/4ChYiCgmoY

A Flash Flood Emergency is issued in "exceedingly rare situations when a severe threat to human life and catastrophic damage from a flash flood is happening or will happen soon," according to the National Weather Service. First Warn forecaster Larry Sprinkle said Sunday's emergency was the first he could recall in the region due to heavy rains.