Schools closed, on delay due to winter weather, threat of black ice

Numerous districts across the Charlotte area have changed their schedule Friday due to wintry weather. 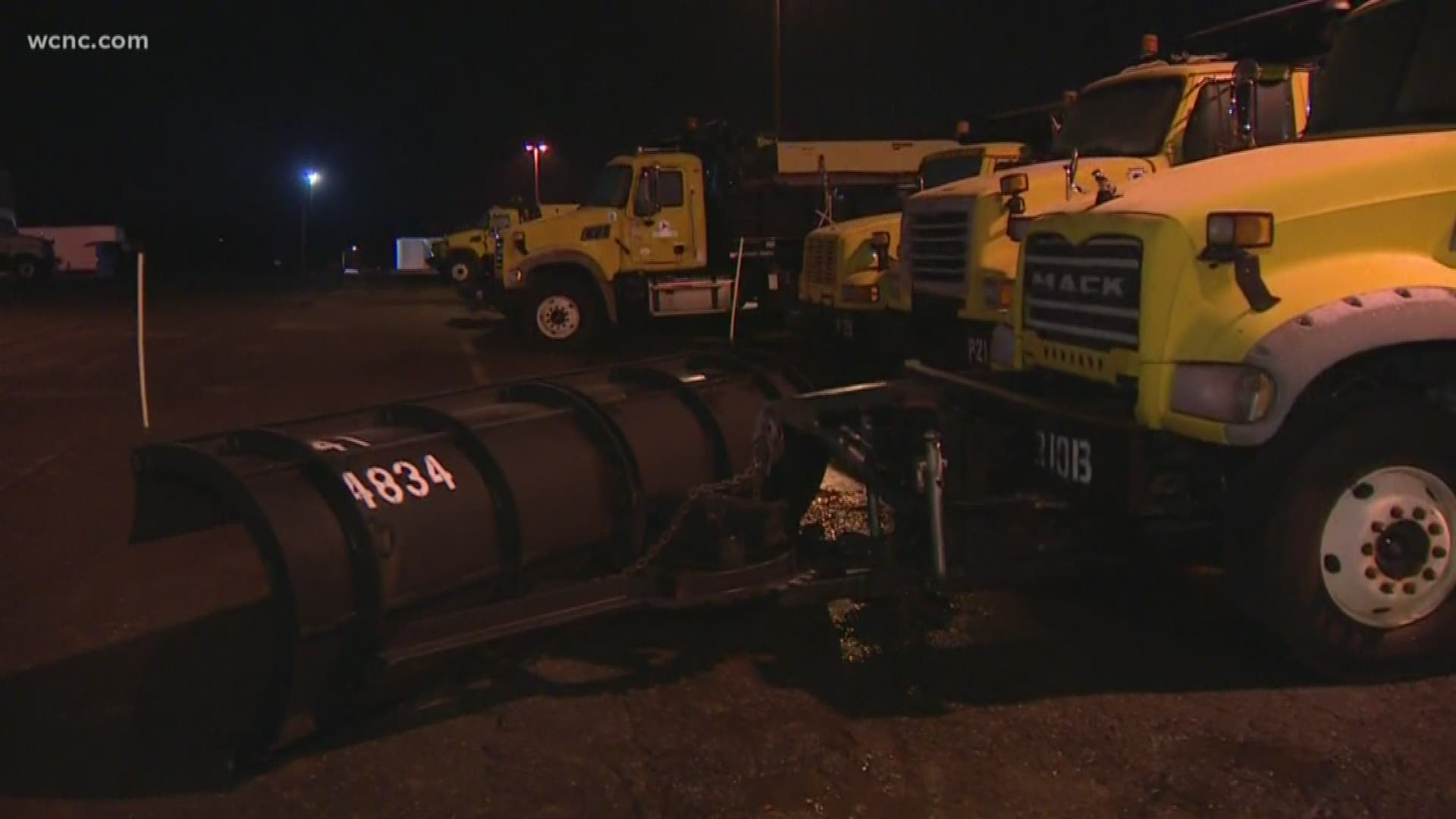 CHARLOTTE, N.C. — Chilly temperatures overnight will leave an icy threat on the roads despite no additional snowfall accumulation.

Snow stopped falling in Charlotte by 8 p.m. Thursday. The dusting-to-half-an-inch of accumulated snow in Mecklenburg County largely melted away from the warmer, grassy surfaces. The air temperature throughout the evening clung to 34 degrees leaving us with a wetter snow.

Temperatures will drop into the 20s overnight leaving a risk of ice on the roadways, especially on bridges and overpasses.

Charlotte-Mecklenburg Schools joined the growing list of schools with closings and delays for Friday.

Numerous other schools throughout the region have also announced closings and delays ahead of the chilly morning.

The North Carolina Department of Transportation will work throughout the overnight to treat road surfaces ahead of Friday morning.

Across the greater Charlotte area, upwards of 2 inches of snow accumulated on the ground.

While some higher amounts upwards of 4 inches were reported near Raleigh, in western North Carolina some of the highest snow fall accumulations were reported in the mountains.

Rain turned to snow from west to east throughout Thursday afternoon.

In Mecklenburg County, the snow began in time for the evening commute, where a snow dusting could be seen roadside.

The temperature held at 34 degrees throughout much of the evening Thursday in Charlotte.

The entire state of North Carolina is under a winter weather advisory or winter storm warning. Panovich said that's a pretty rare event.

Panovich believes there will be snow showers in the area through early Friday but nothing leading to further accumulations.

With temperatures overnight in the 20s, ice and snow is expect to remain on the grounds overnight. Friday morning's commute contains a risk of ice.

A number of area schools have announced closings and delays ahead of Friday morning.

Everything comes down to temperature: even a temperature change of a single degree could make all the difference.

Panovich explained snow forecasting is difficult because an inch of snow is relative to only about 0.10" of rain.

"We only average about 4.3 inches of snow per winter so a one-inch snowfall in Charlotte is approximately 25% of our annual snowfall in one event," Panovich said.