Could power lines be buried instead?

This week is the historical peak of hurricane season. How much would it cost consumers to buy power lines instead of leaving them exposed? More than you may think! 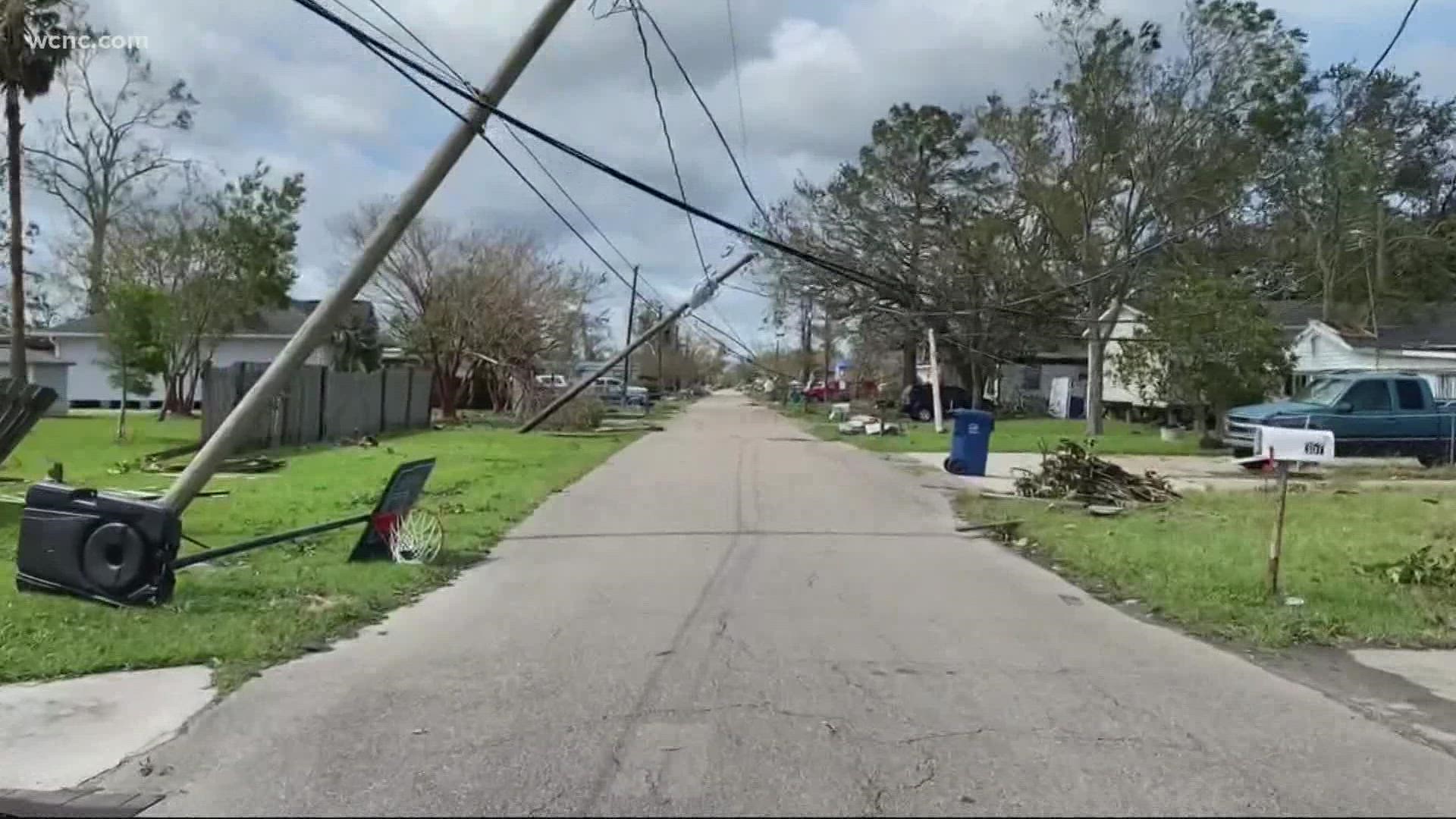 CHARLOTTE, N.C. — It’s only been a little more than a week since Hurricane Ida slammed the Gulf Coast and carved a path of destruction from there to the northeast. Entergy says 2,000 miles of power lines were knocked down.

So why aren’t the lines underground? Would that help in storms like this?

The idea of putting power lines in the ground sounds like a no-brainer, especially when we see visuals like this. It can take weeks to restore power lines to poles.

But would you be willing to foot the bill for buying the lines?

Hurricane Ida slammed the coast with 150 mph winds. The onslaught of the storm ripped up the power grid in three states, and it will be several weeks until people get the lights and the air conditioning back on.

Credit: ungvar - stock.adobe.com
transformer on a electric poles and a tree laying across power lines over a road after Hurricane

Officials in Louisiana said of restoring power “nine parishes, zero power -- and they have to do it in a certain way and there is no other way they can do it.”

So, what would it look like if the lines were underground instead of exposed? How much would it cost and what are the downsides of it?

“That is a question we are often asked, especially after storms,” Meghan Miles with Duke Energy said.

A 2003 study to the North Carolina Natural Disaster Preparedness Task Force said the ultimate impact on the customer’s bill would be a 125% increase to underground the lines. And the problem wouldn’t be totally solved.

“We are in city-provided right of ways, lots of wires are on those poles, not just electric, so burying them would not remove all overhead infrastructure,” Miles said.

Duke Energy works on the lines in different parts of their area, making them stronger and more storm-resistant.

“And we are installing self-healing equipment that automatically detects outages, isolates it to a certain segment of line, and re-routes power around it, so it limits the number of people who will be out and those impacted by an outage,” Miles said.

It’s a topic for all seasons. Between 2000 and 2011, the annual reliability report noted that 54% of the time, outages were caused by a weather event.

So back to that question, would you double your power bill every month so lines could be buried? It may sound good to have them underground, but that same 2012 study noted the overwhelming majority of people polled, said no, they don’t want to pay for it.