Rain, rain go away: 7 straight days of rain in Charlotte and more is on the way

A flood watch is in effect for the mountains until Friday evening as more heavy rain will move through the Carolinas. 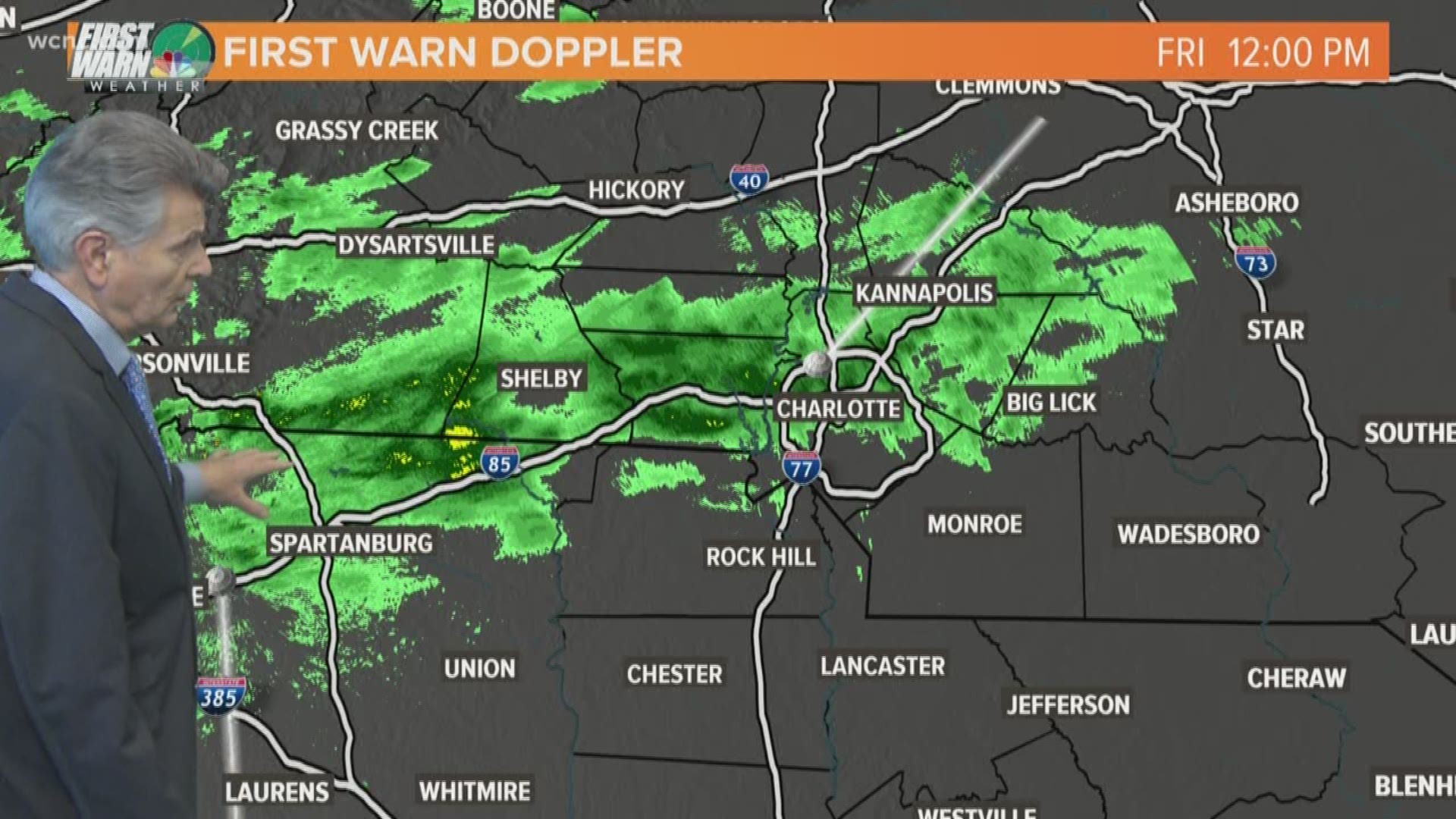 CHARLOTTE, N.C. — The wet weather will continue across the Charlotte area Friday as Mother Nature brings a seventh straight day of rain to the region.

First Warn meteorologist Iisha Scott says Charlotte has seen over 8 inches of rainfall so far in 2019, putting the Queen City almost three inches ahead of last year's pace. The average amount of rainfall by this time is 5.83 inches.

Scott said the showers are going to pick up during Friday morning's commute hours, so drivers will want to leave a little early to get to work on time.

First Warn forecaster Larry Sprinkle said the persistent rain has caused creeks and streams to rise across the area and increased the flood risk in low-lying areas.

"There's more on and off rain through Sunday morning," Sprinkle said. "Charlotte could see another inch, maybe even an inch-and-a-half."

The good news is after a round of showers Sunday morning, next week looks to be dry with mild temperatures in the 60s. 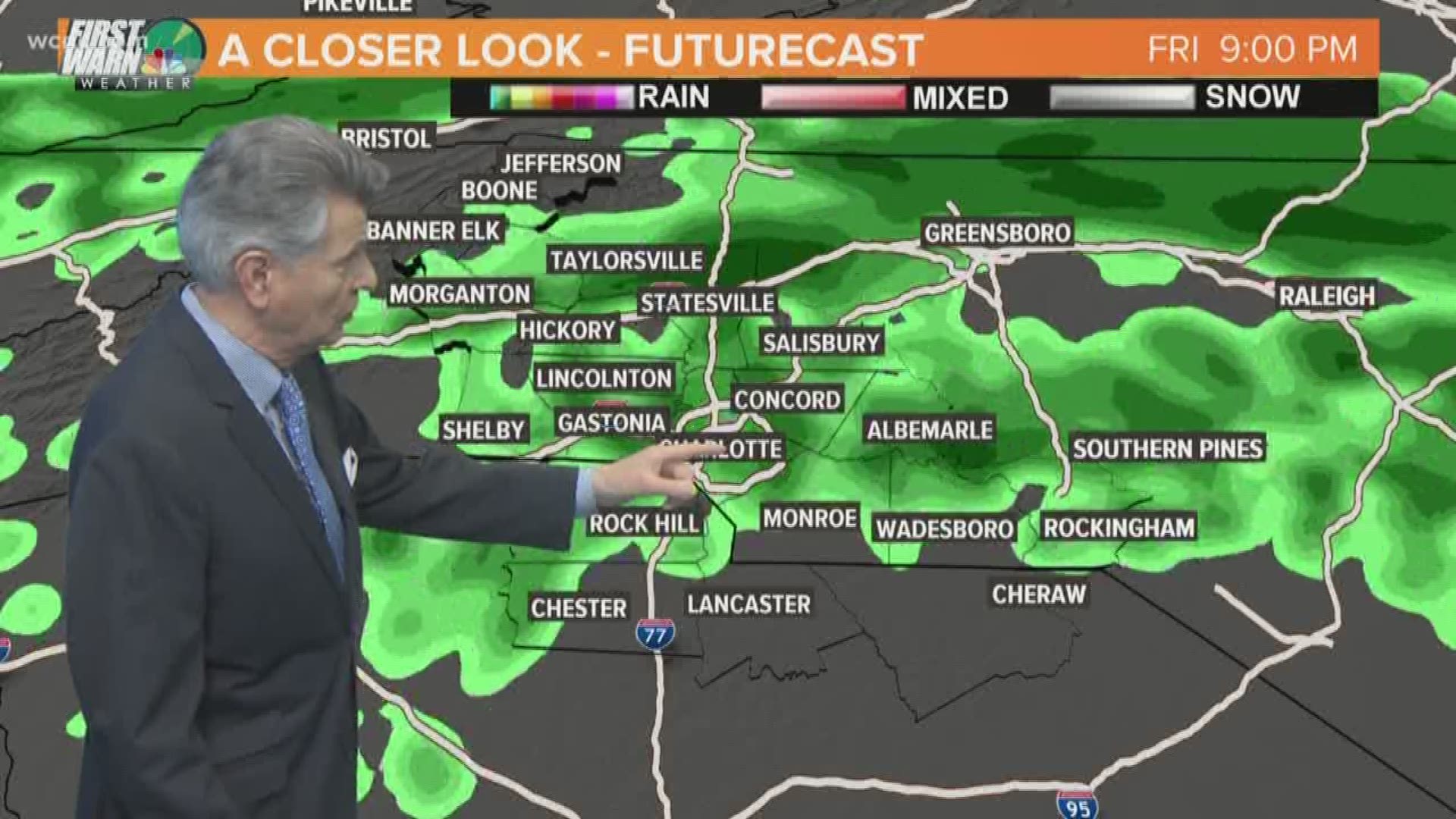