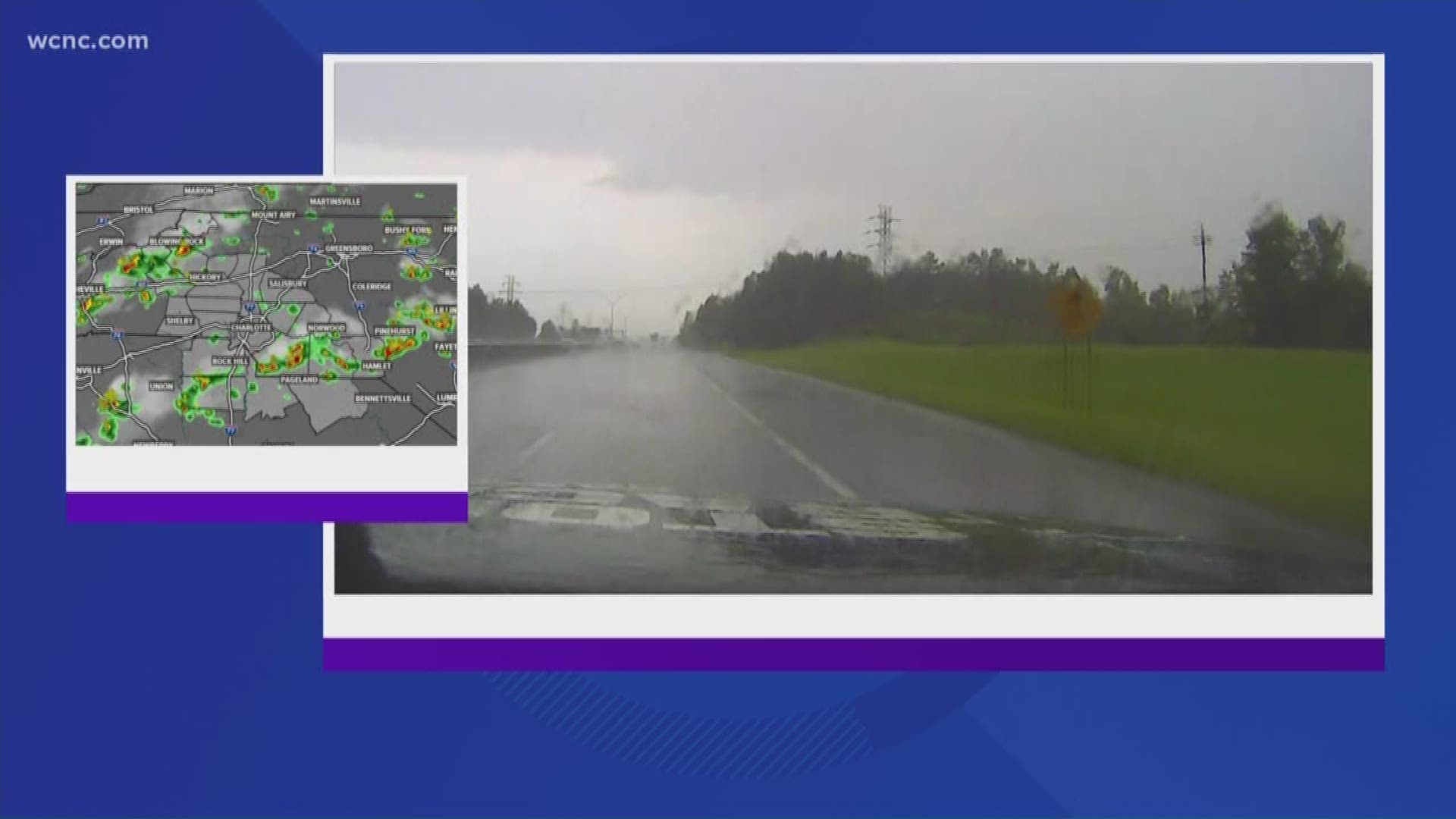 Winds of 65 mph were recorded at Charlotte Douglas International Airport as a microburst from severe thunderstorm caused a ground stop for flights.

Charlotte-Douglas airport tweeted, "Ramp is closed due to lightning in the area. Please check flight status with your airline for updates."

With strong-to-severe storms scattered across both North Carolina and South Carolina, flights found themselves in flying circles in what calm spaces remained. Ground stops at airports like Charlotte Douglas International Airport lead to continued travel delays, even after it stopped raining.

Flight tracking website flightaware.com said 134 flights were delayed at the airport, with at least 10 cancelled.

First Warn Chief Meteorologist Panovich said more than 1.25" was reported at the airport.

At the height of the storms, drivers found themselves in near-zero visibility conditions.

In Huntersville, the fire department responded to a house fire on Latta Springs Circle that was believed to have been started by a lightning strike. 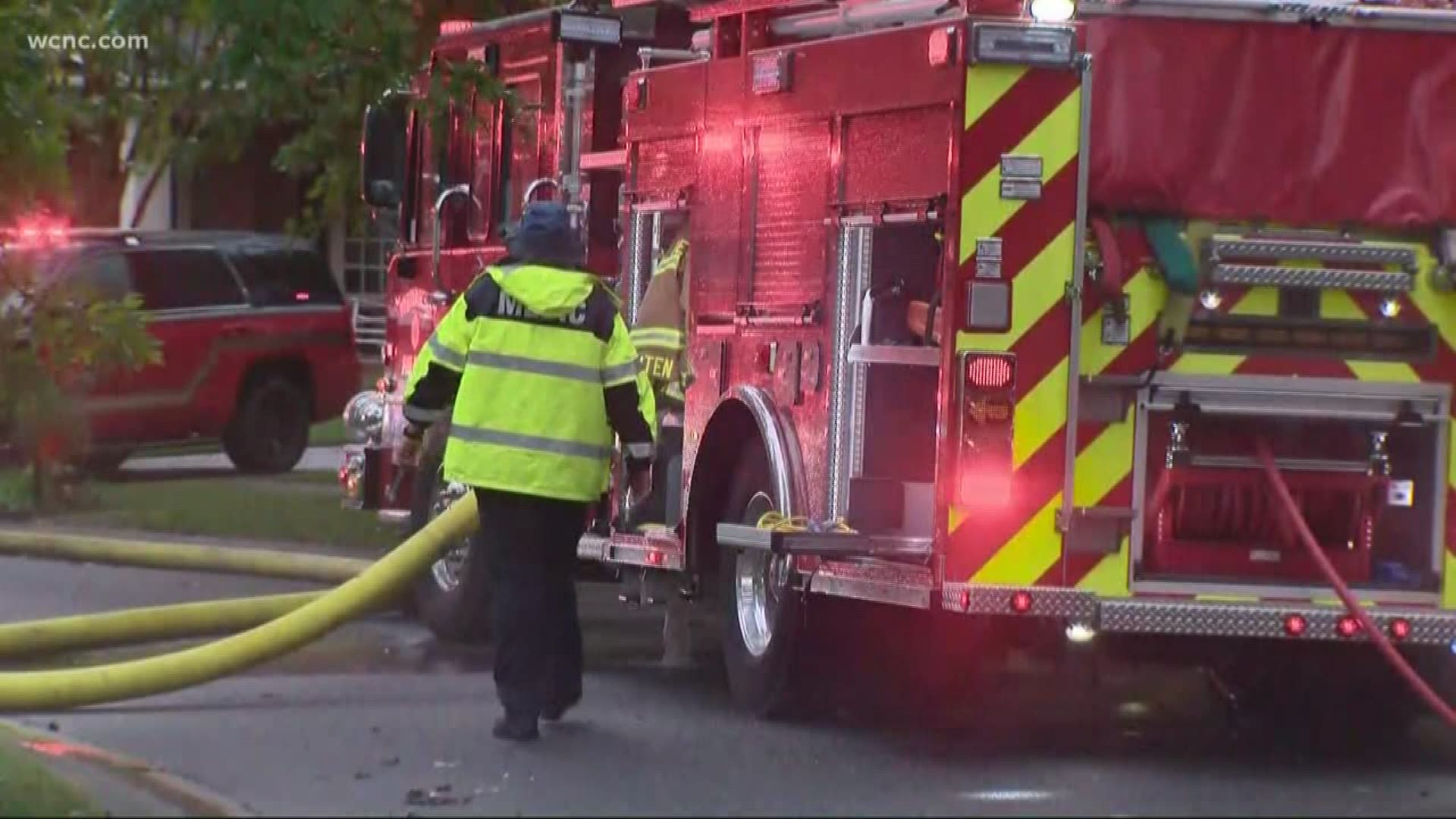 Huntersville Fire Department also responded to at least four traffic crashes immediately following the storms, including an overturned vehicle on Interstate 77. The fire department also reported a tree in the road on McIlwaine Rd. at Beatties Ford Rd.

Man killed his 15-year-old daughter during her visit at his home, Union County deputies say