At 5 a.m. more than 700 people were without power in Mecklenburg County with an estimated restoration time around 7 a.m. 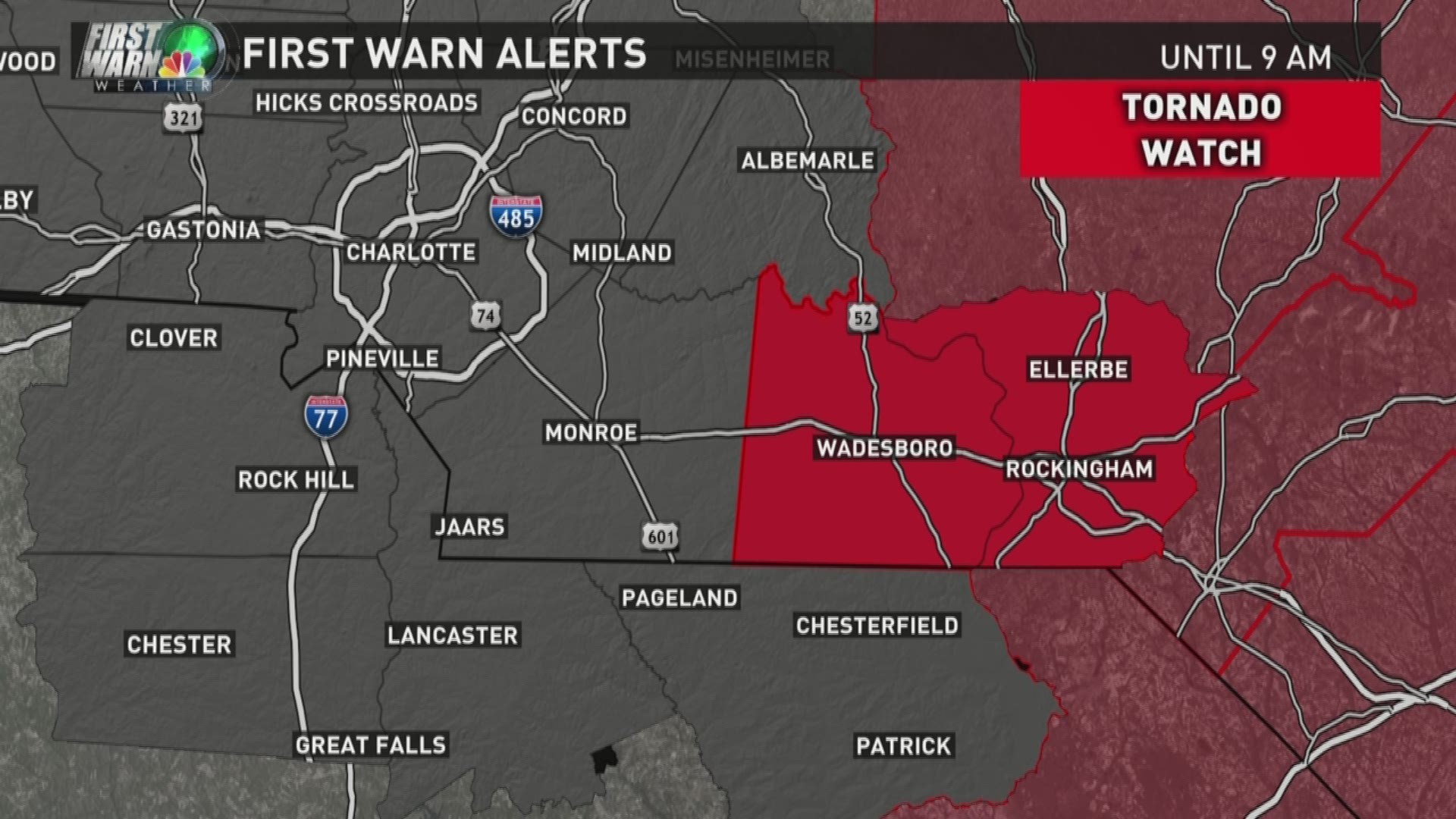 CHARLOTTE, N.C. -- At 5 a.m. more than 700 people were without power in Mecklenburg County with an estimated restoration time around 7 a.m.

"There is a lot of heavy rain east of Charlotte and across the Charlotte metro area right now bands of light to moderate rainfall," said Larry Sprinkle of the First Warn Storm Team.

Alleghany, Ashe, Watauga and Wilkes counties are all under a Flash Flood Warning until 7 a.m.

"That's from all the rain they had last night," Sprinkle explained of the warning.  "Up to four inches up there."

A tornado watch is in effect for Wadesboro and Rockingham until 9 a.m.  A watch means conditions are favorable for the development of tornadoes.

Temperatures in the Charlotte area Friday morning are in the 50s as the rain moves out.

In NoDa several people will be waking up to trees down.  One tree fell on top of a Honda Civic smashing the windshield.

Traffic lights are out at Highway 74 and East Main Street in Stanly County.

"We were driving by and noticed lights flickering.  We decided to stop so we could warn folks that this is going to be a dangerous spot," said NBC Charlotte's Richard DeVayne.

We spoke to Stanly County Emergency Management and they said they have received several reports of trees down throughout the night. Those trees fell into roadways  hitting some power lines causing power outages.

Temperatures Friday will be much cooler in the afternoon with highs in the low-to-mid 60s.

"Expect temperatures to stay a little bit below average for the next five to six days," Panovich says.