Areas in Gaston and Mecklenburg counties remain under an area flood warning until Monday afternoon after the lake rose over 106 feet. 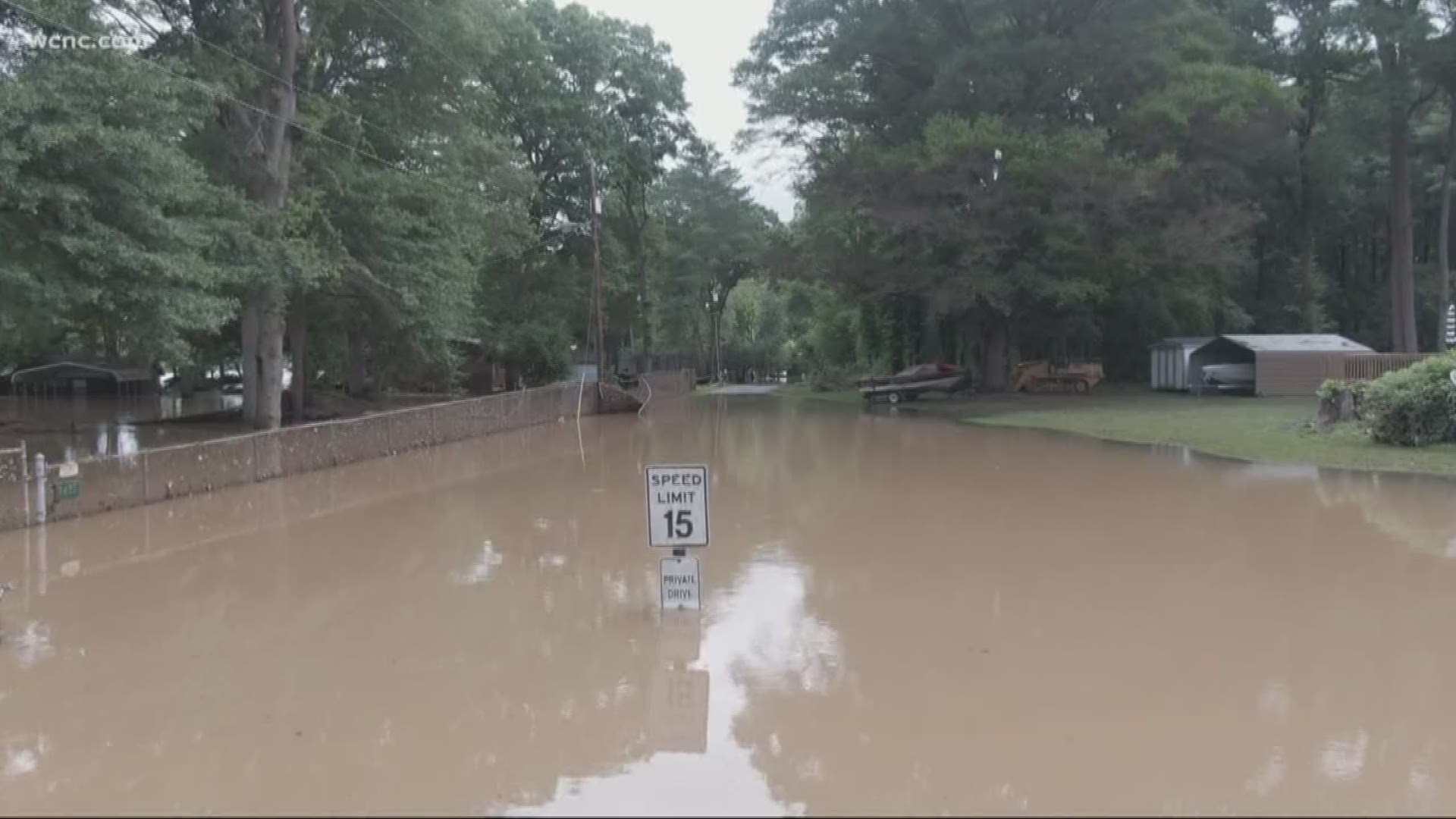 GASTON COUNTY, N.C. — The water level at Mountain Island Lake remains at 104 feet after heavy rains fell on the mountains and foothills over the weekend.

By 6 a.m. Monday, the water was covering street signs, car tires and front yards in low-lying areas. A man who has lived on Riverside Drive for over 30 years said he's never seen flooding like what the area experienced this week.

"It's flooded like four times but never anything like this," he said. "This is the worst. It was up pretty high in 2004 but these two houses didn't have any water in them then."

Officials said 36 people were rescued on Riverside Drive since Sunday evening due to floodwaters. the latest were an 89-year-old man and woman who were stuck in their home until a boat arrived.

"At 105 feet, significant flooding of lake access areas and docks will be ongoing and the Nivens Cove Community and Fox Ridge Lane in the Stonewater Bay Community in Gaston County may be impacted as well," said the Gaston County Office of Emergency Management.

Residents along the Catawba River were warned to use caution in low-lying and flood-prone areas and be on alert for rising waters.

Boaters, including those using kayaks and canoes, were asked to stay out of the water due to the current.

"If you've got anything near the water, bring it in. Just make sure everything's secure. Turn off the power at your dock."

NBC Charlotte spoke with some neighbors who said the fire chief had already come by to warn them about the possibility of flooding.

The Browns have a reminder on their home of the last time Mountain Island Lake crested at 105 feet in 2004.

"We saw gazebos and hot tubs going down the river. I mean, rolling," said Linda Brown.

This time around, it could be even worse.

"We'll keep checking Duke Energy levels; we keep looking at that. I mean, we just gotta get prepared then we sit and wait until it does what it's gonna do," Brown said.

A flood warning was also issued for the South Fork River at Lowell until Tuesday afternoon. The National Weather Service forecasted the river to rise to near 12.6 feet by Monday morning.

Heavy rainfall remains in the forecast through Wednesday.