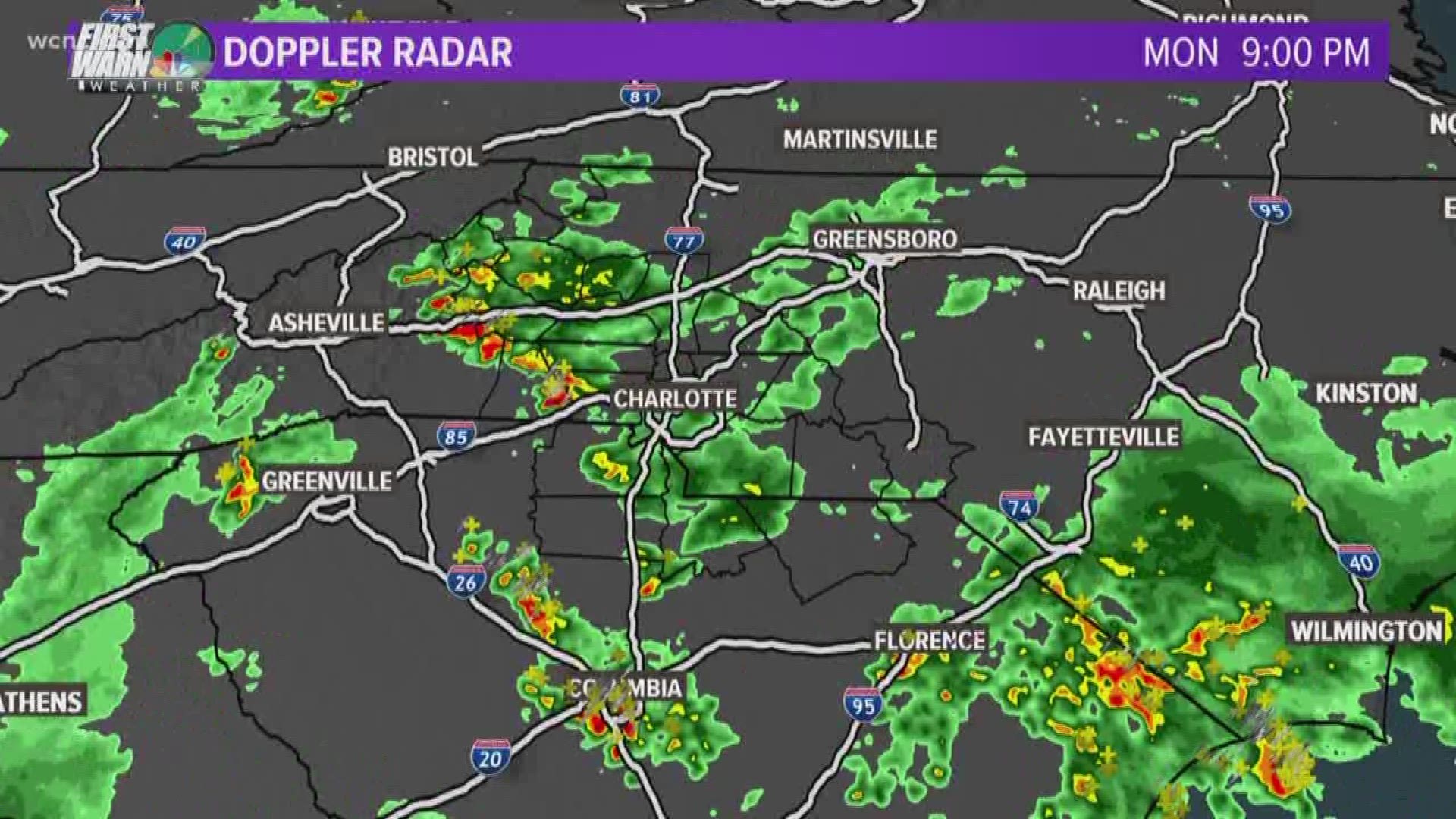 Microburst from 7pm around Landis in Rowan Co. this evening. Text-book signature with trees and powerlines down in that exact area. #ncwx pic.twitter.com/698P4XE7kP

NBC Charlotte's crew was in Landis, N.C., to survey the damages left by the storms.

Strong storms rolled through Landis knocking out power. One man says he looked outside & saw a big ball of fire coming from the power lines. His wife said it sounded like an explosion. #ncwx pic.twitter.com/lK860DCO9s

Duke Energy reported over 3,800 of its customers were without power in Mecklenburg County, over 1,100 customers were affected in Cabarrus County and over 60 lost electricity in Rowan County.

Severe thunderstorm warnings were issued for Mecklenburg, Cleveland, Rowan and York counties before expiring later in the night.

A video showed pouring rain in the town of Pineville. 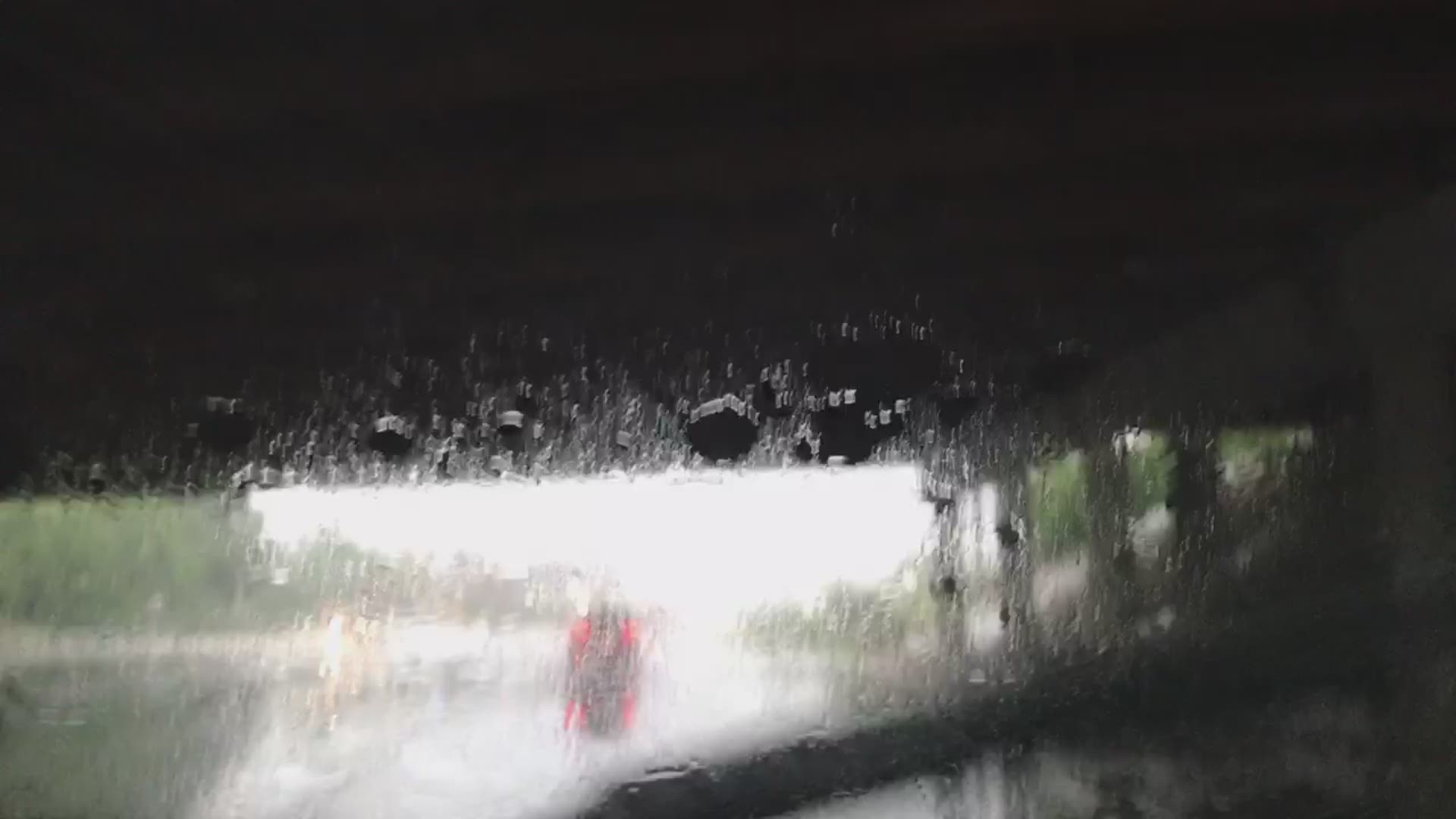 Charlotte will be under a 20-percent chance of precipitation with a slight chance of showers before 11 a.m., according to the National Weather Service. After that, showers may make a brief return a little after 2 p.m. with highs near 80 degrees that day, NWS said.

For Wednesday, the Queen City will be under a 30-percent chance of showers and thunderstorms, mainly after 2 p.m., according to NWS. Highs in the Charlotte area is expected to be about 88 degrees, NWS said.

Stick with WCNC.com for the latest forecast. Sign up for WCNC NBC Charlotte’s 5 Things to Know newsletter and get the latest in your inbox each morning! 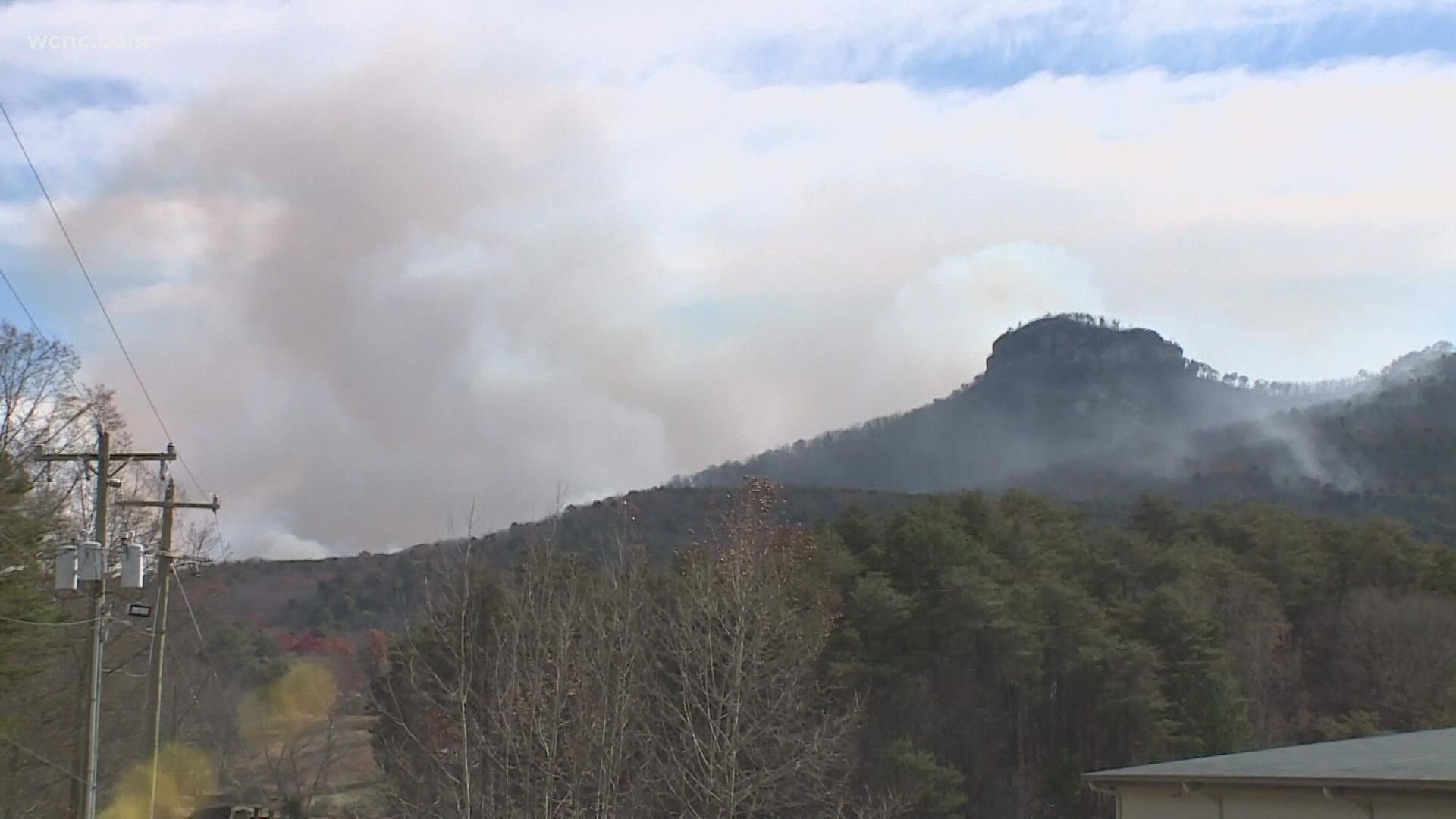