Storms down trees, leave thousands without power across Charlotte area

Thousands of people are without power after strong storms pushed through the Carolinas Monday afternoon and evening. 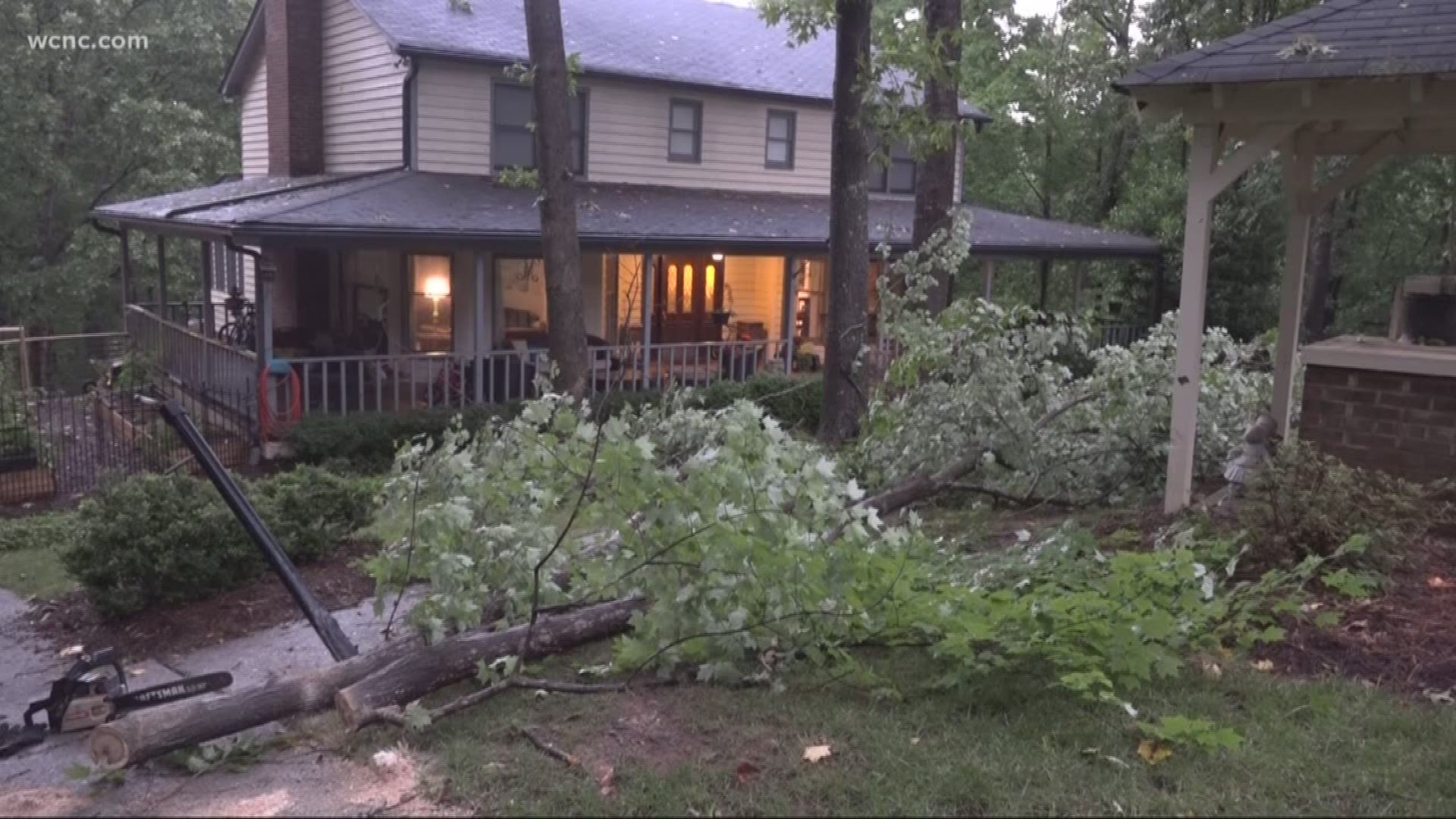 CHARLOTTE, N.C. -- Thousands of people are without power after strong storms pushed through the Carolinas Monday afternoon and evening.

As of 4:30 a.m. Tuesday, over 1,100 Duke Energy customers were without power in Caldwell Co. According to Duke Energy, power has been restored to most residents in south Charlotte.

In Huntersville, crews responded to a call of a downed power line on N.C. 115, shutting down roads near Mount Holly-Huntersville Road and Mullen Street for over an hour before reopening.

A quick little burst of a storm in South Charlotte packed enough of a punch to snap this tree across a driveway. pic.twitter.com/z70BzSN28A

A tall tree in Benjamin Martin's south Charlotte yard snapped and fell across his driveway and struck a lamp post, narrowly missing his home.

"When the winds picked up, I saw the trees swaying and then I watched this tree fall down," said Martin. "We got pretty lucky it didn't turn and hit the front porch or the well house."

In Caldwell County, the damage from Monday's storms was much worse. County officials said downed trees destroyed a home and severely damaged two others.

RELATED: How to report a power outage

The Charlotte area may see more thunderstorms after 9 a.m. Tuesday, according to the National Weather Service. Storm chances will increase in the afternoon with highs in the mid-80s in the Queen City.

Wednesday is expected to be hot and muggy, with highs close to 90 degrees.

Stick with WCNC.com for the latest forecast. 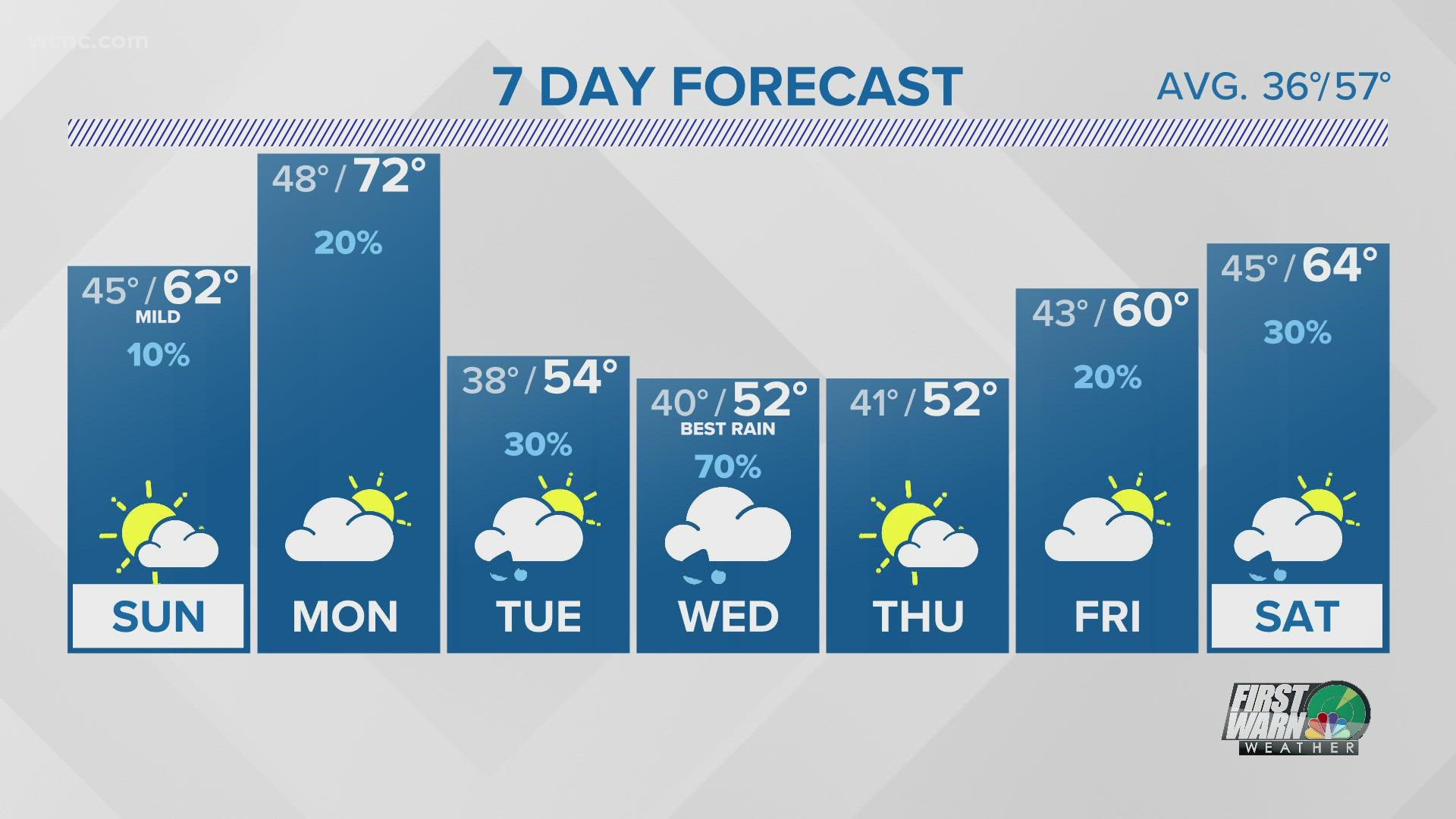