Multiple Tornado Warnings were sounded along a line of severe storms Saturday evening. One tornado was confirmed with more to follow. 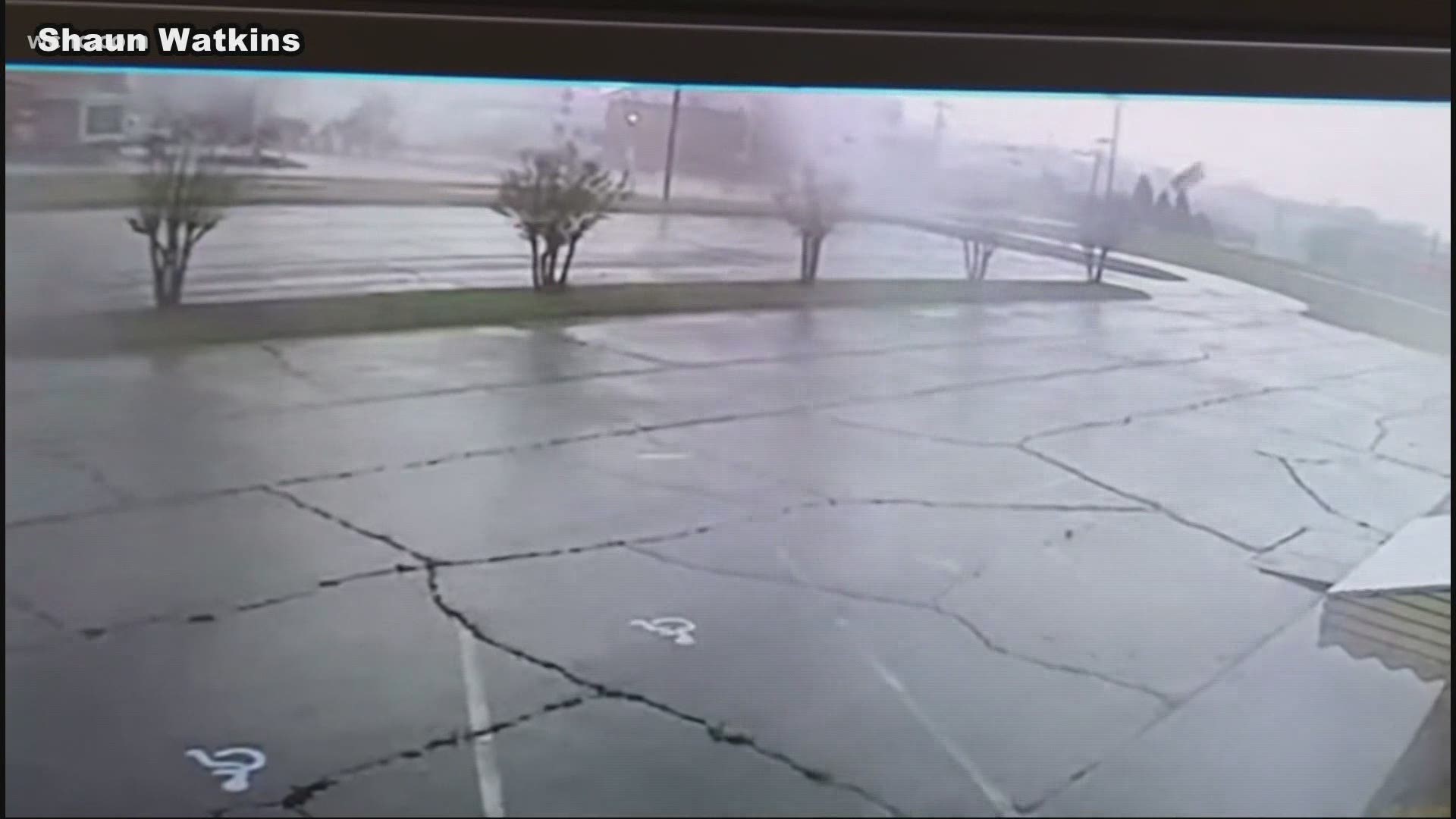 SENECA, S.C. — Saturday evening (April 10, 2021) a strong line of storms rolled through South and North Carolina. A trail of damage was left starting in Seneca, South Carolina, and ending around Morganton, North Carolina. This shortwave was rotating all the way through the Carolinas, and this spawned a trail of Tornado Warnings that now has its first confirmed tornado.

The National Weather Service can now confirm that there was a tornado that occurred in Oconee County, two miles WNW of Seneca, South Carolina.

A radio tower toppled over, a business lost about 20% of their roof and a car was flipped. Multiple trees were also snapped and uprooted. This was a quick tornado and would be considered a spin-up tornado. These are usually fast-moving; they form fast and don't last long.

Here’s video of a car being FLIPPED by what appears to be TORNADO in Seneca, South Carolina. @NWSGSP pic.twitter.com/tcOYKNkHsF

This same storm continued to produce damage all the way up into Burke County.

The National Weather Service will continue surveying the damage next through Spartanburg County and then will continue following each damage report in order by time. If they do not get to all of them Sunday then they will finish everything up on Monday (April 12).

The big reports locally were around Morganton. Check out this damage around the area with multiple trees down.

Multiple trees were down from this storm and more tornado reports are possible for these areas. Regardless the winds look like they were at least 65 mph and greater from assessing the damage. From about 7:30 to 9 p.m. parts of Burke County were under a tornado warning since the storm was visibly rotating and had a clear history of damage.