Thousands come out for Charlotte Pride Festival in uptown

Organizers said an estimated 200,000 people attended the two-day event over the weekend. 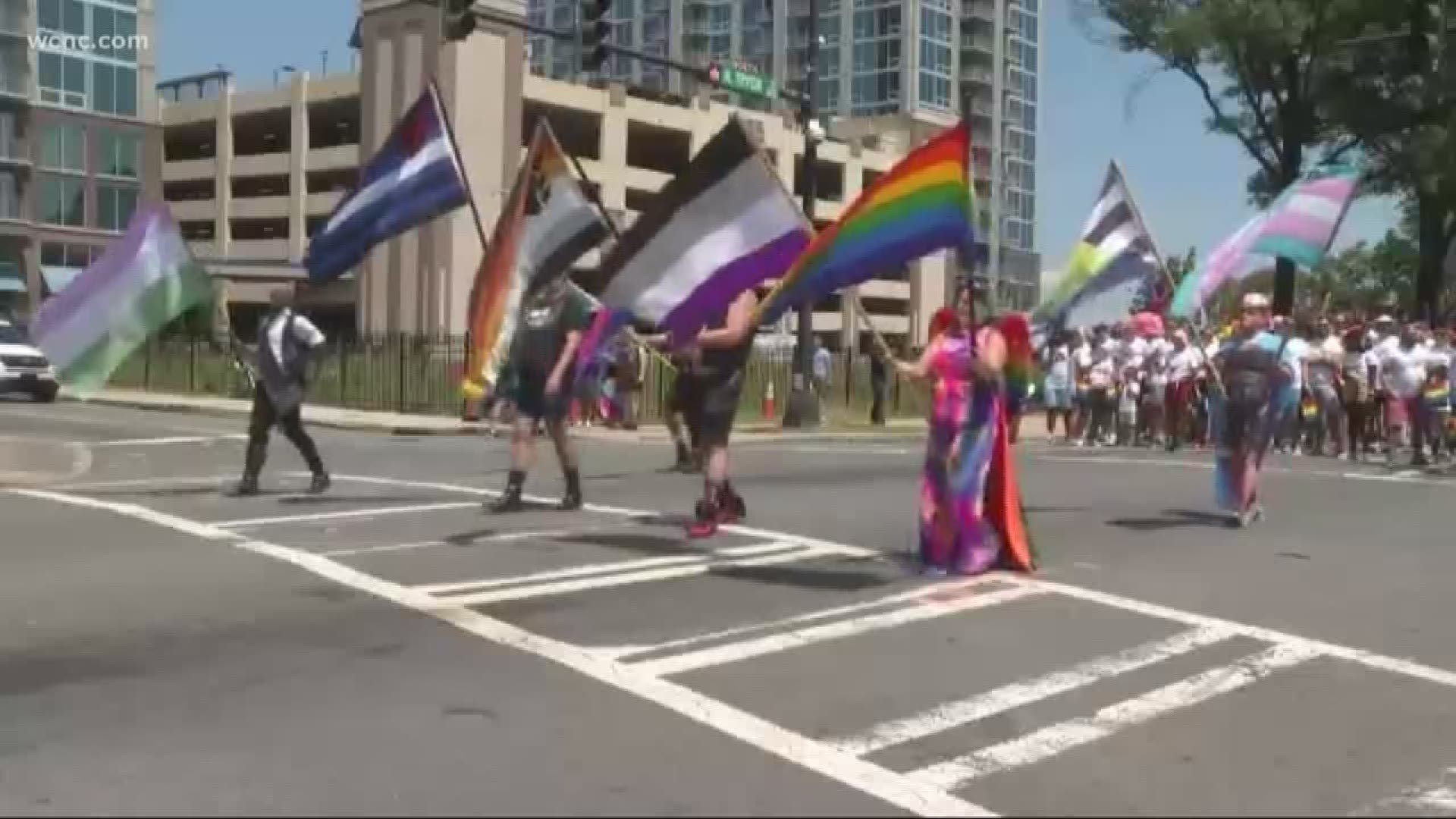 CHARLOTTE, N.C. — An estimated 200,000 people were in uptown over the weekend attending the 2019 Charlotte Pride Festival and Parade.

Organizers said the number was a significant increase over attendance in 2018, which was 165,000. The 50th anniversary of the Stonewall riots was believed to be a contributing factor.

June 28 marked fifty years since the 1969 raids on the Stonewall Inn, an underground gay bar in Manhattan.

RELATED: Why Charlotte Pride is in August and not June like everywhere else

"The LGBTQ community has been celebrating this year’s Stonewall anniversary all over the globe, and Charlotte has been no exception,” said Daniel Valdez, Charlotte Pride’s board President.

"As a signature event for Charlotte each year, we are so proud to have offered an opportunity for the whole Carolinas LGBTQ community to celebrate this milestone," he added.

The Mecklenburg Sheriff's Office tweeted from the event.

"First responders @CMPD @charlottefire joined us for the first time as a group @cltpride Parade to show our commitment to inclusion," the tweet read.

Mayor Vi Lyles was in attendance as well.

"It's a beautiful Sunday to celebrate #pride! I enjoyed being a part of the #CLTPride parade today and meeting so many people during the festivities. I'm proud to be mayor of a city that celebrates inclusivity & knows #loveislove," she tweeted.