This rising country singer is quickly gaining fame on TikTok

Kaleb Austin is a rising country singer, gaining fame and traction on TikTok. Is this the new path to stardom? Maybe. 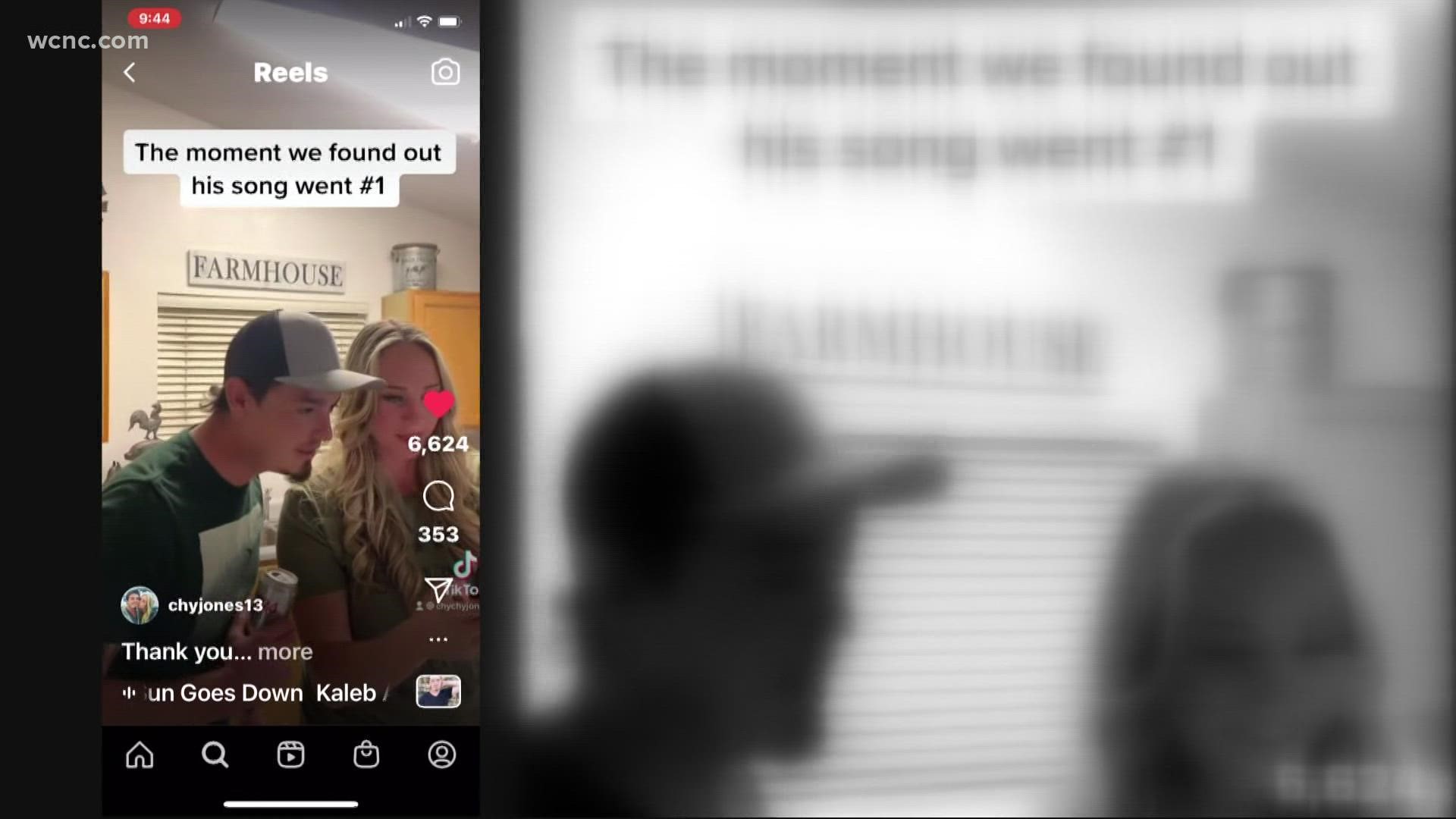 CHARLOTTE, N.C. — You watched people on reality talent shows like NBC’s The Voice and America’s Got Talent sing their hearts out trying to win and get noticed, all hoping for a big record company deal. But what about the thousands of people who don’t make the cut to get on the show? How are they getting noticed?

No matter what your opinion is on social media, it can be used for good things, like following your childhood dream of becoming a country crooner and household name.

If you follow Kaleb Austin Music on Instagram, or his wife Cheyenne, you will likely see impromptu, grassroots, organic performances, sometimes three to four nights a week.

Austin has a set of pipes for sure. With his voice and country boy look, this country crooner is hoping to be the next Garth Brooks and is using social media to elevate and expose people and fans to his raw talent.

“It can be as many as 40,000 people who come in and out of the concerts," Kaleb Austin said. "When you think about it, doing this is really changing the landscape of the music industry. So it’s cool."

Kaleb Austin’s hit “Sun goes Down” went No. 1 on iTunes in June 2021. Austin’s "daddy singing voice" is getting him noticed and followed with tens of thousands watching him online.

Anchor Bill McGinty asked the couple: “I guess you are just waiting for the right person to log on and see you?”

"We've had so many opportunities, we've had Brooks and Dunn in there,” Kaleb said.

In 2021, if you can’t get picked to be on stage for a concert, you just make your own stage and have it be as big as you want.