“I hope people don't believe that it can't happen here," Irving Bienstock said. "I think it can." 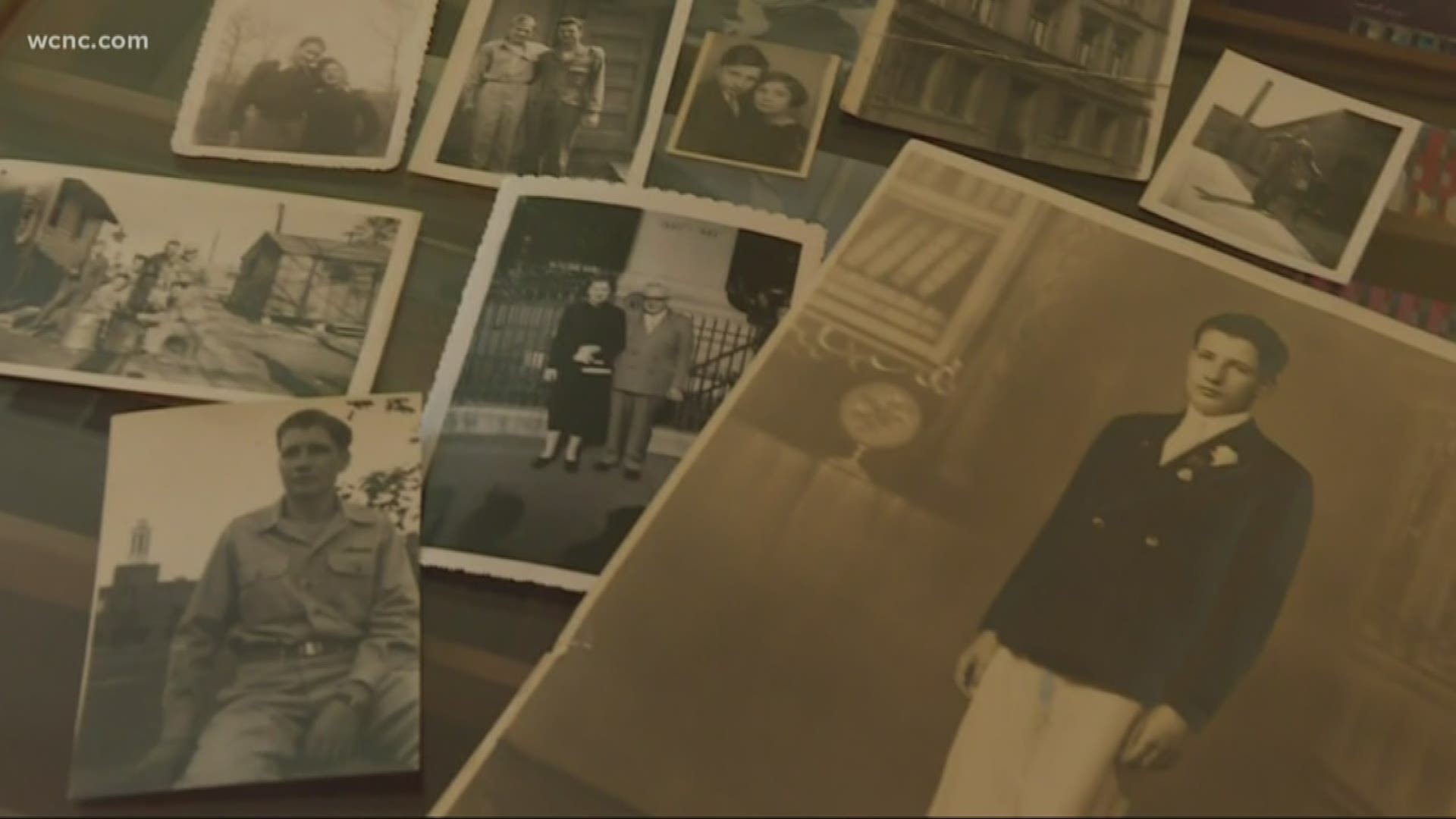 CHARLOTTE, N.C. — Monday is International Holocaust Remembrance Day, marking 75 years since the liberation of the Auschwitz death camp. A Charlotte survivor, Irving Bienstock, is getting ready for a trip to Israel to meet soldiers in the Israel Defense Forces.

It's something he says he never thought he'd live to see growing up as a young boy during Hitler’s rise to power. But Bienstock is worried about what he's seeing happening now, scared history could repeat itself.

Talking about his life is crucial to Irving Bienstock, especially the most difficult parts.

“As many people as I can get to talk to about what happened,” he said.

Bienstock grew up in Nazi Germany and survived the Holocaust. As a 6-year-old boy, he watched everything change, his father and uncles were afraid to leave the house, the friends he always played with beat him up and spat on him.

“I couldn't go out to any place," Bienstock remembered. "If they saw me, they'd chase me."

He said he was fortunate to avoid being put in a death camp, but he lived in fear, separated from his family for long periods of time while six million other Jewish people were killed.

Decades later, Bienstock said that fear is back.

“As a survivor, I’m scared to death of what's happening,” he said, pointing out the recent shootings in synagogues.

According to the Anti-Defamation League, Anti-Semitism is on the rise in the United States, 11 people killed in a Pittsburgh synagogue in 2018. Bienstock growing concerned the worst part of history will repeat itself.

“I hope people don't believe that it can't happen here," he said. "I think it can."

So he talks about it -- to anyone who will listen. He speaks at schools and works with the Jewish Family Services of Greater Charlotte to tell his story at different events.

Bienstock will take a trip to Israel next month to visit with soldiers on an active base, something he’s always wanted to do. The friends of the IDF gave him a medal of honor for his activism while he was speaking to WCNC Charlotte, telling him he is a hero and inspiration to the soldiers he will meet.

"You have to understand what we went through in Germany, to go to the homeland and see police and soldiers, it’s wonderful,” Bienstock says, getting emotional.

It’s a day he never thought he'd see 75 years ago.