Natalie Wolfe's mom and grandmother decided to surprise her with a parade of her family and friends, followed by a visit from some of Charlotte's first responders. 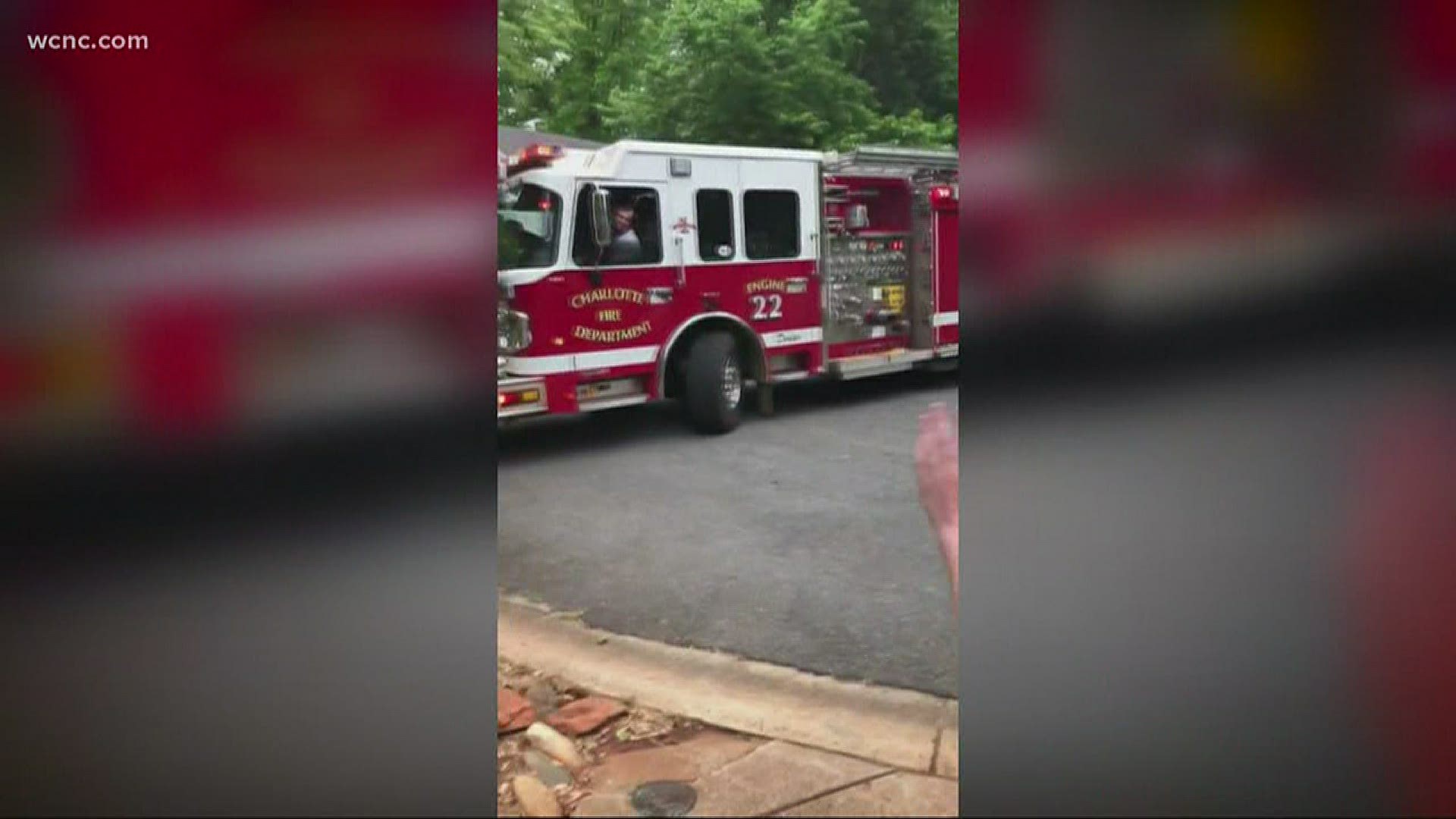 CHARLOTTE, N.C. — A Charlotte girl celebrated her 5th birthday Saturday surrounded by her loved ones and her heroes — from a distance.

Natalie Wolfe's mom and grandmother decided to surprise her with a parade of her family and friends, followed by a visit from some of Charlotte's first responders.

Jayne Williams, Natalie's grandmother, says Natalie has been planning her birthday party for months, so she was disappointed when the COVID-19 pandemic caused the family to cancel plans.

Williams and Natalie's mother, Andrea Wolfe, say Natalie really looks up to first responders, so they looked into if they could make a special visit.

"They were awesome, they were just awesome," Williams said.

Natalie's birthday surprise started with a parade down her culdesac: four generations of her family, some of her neighbors, and her friends. Natalie told her grandma that while she couldn't give them hugs, it was still the best birthday ever.

What do you do when the little girl in your home has been planning her 5th birthday party for months... but you are in quarantine mode? You have a birthday parade with people she loves!!!!

But the big surprise came shortly after the parade of her loved ones.

"When the fire truck came down the street, she just went nuts," Williams said. "Then when she had a police officer who was a woman, she just went completely nuts."

Williams said Natalie was excited and surprised to see that the Charlotte Mecklenburg Police Department officer was a woman.

"She was kind of taken aback when the officer got out of the patrol car because she was like, ‘She’s a girl like me,'" Williams said.

Some days Natalie wants to be a first responder, other days she wants to be a ballerina, and sometimes a doctor — but regardless of the day, she absolutely loves firefighters and police officers.

“She got really excited, she ran up to the fire guy and then she just stopped," Williams said.

Natalie's mom and grandma have taught her about COVID-19, or "the germs" as Natalie calls it, so she knew not to get too close to the first responders. But she was happy just to meet them.

"She literally ran in circles in the driveway," Williams said.

The firefighters told Natalie once things go back to normal, she can come by and visit the station. The police officer taught Natalie the difference between all the siren noises and helped her pick her favorite one.

Natalie cut some roses off the rose bush as a thank you to the first responder.

The excitement lasted after the visit too — Williams said for the rest of her birthday, Natalie was bouncing off the walls.

“It was great for her to see her family, really good for her to see friends that she hasn’t seen now for over a month and for all the excitement," Williams said. "But for them [the first responders] coming by — it was like so huge for her.”