WWII vet honored with parade outside his house

In the time of the coronavirus pandemic, this World War II veteran cannot leave his Mint Hill home... so they brought a smile straight to him. 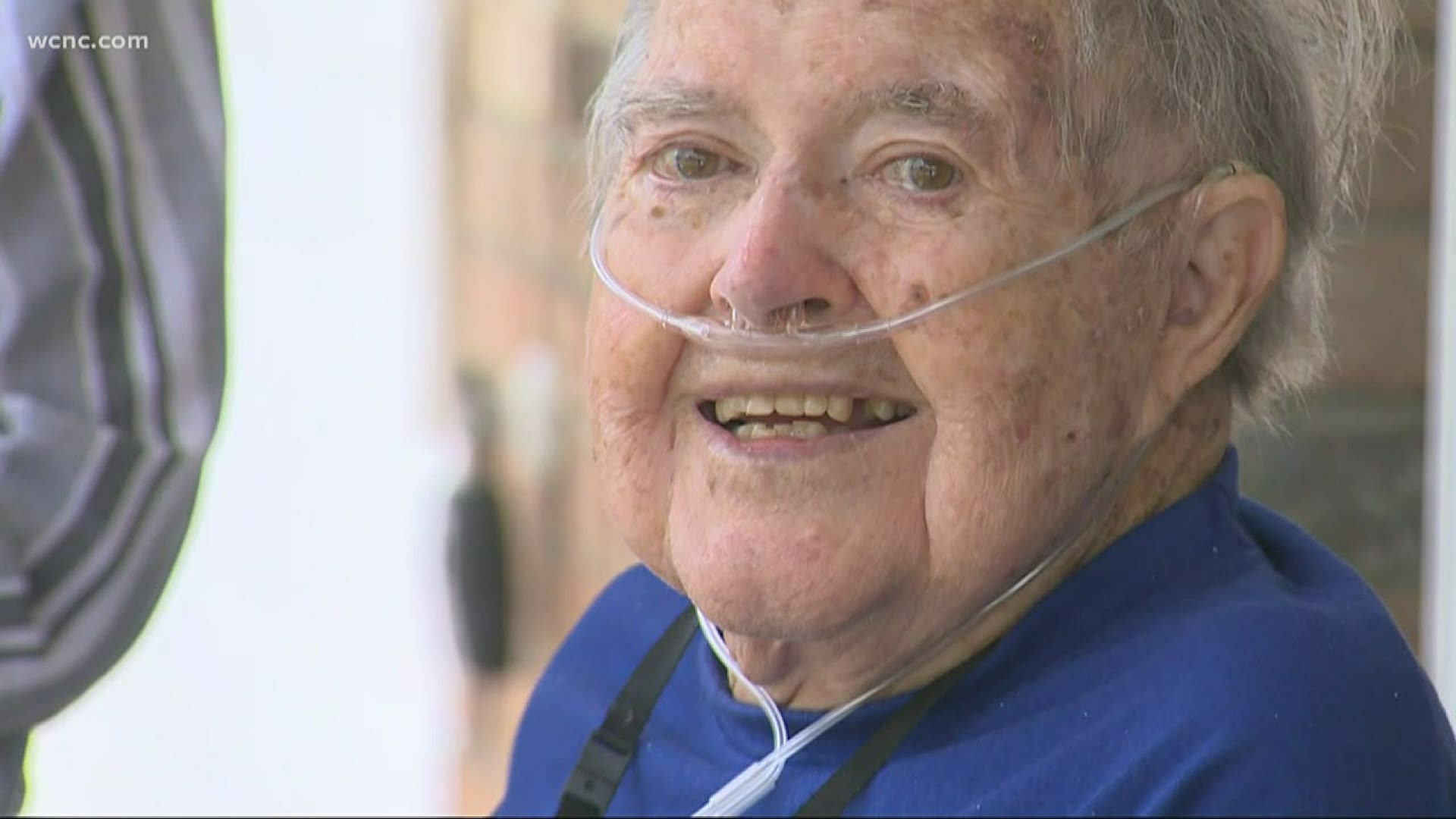 MINT HILL, N.C. — With the coronavirus pandemic causing great changes to society, it's no doubt we're living through historical times. But what if you've already lived through world changing events?

It's what one man in Mint Hill is dealing with as his many friends and admirers make sure he and other World War Two veterans aren't forgotten.

If you're looking for a patriotic neighborhood, there's one in Mint Hill that passes every test.

Chief among them is 97-year-old Tom Easterling, who flew P-47 Thunderbolts over France in World War Two.

These days, like a lot of folks, he sticks pretty close to home. But when you've got as many medals as Mr. Easterling does, the parade comes to you. That's exactly what happened around lunchtime on Wednesday, when first responders from Mint Hill and members of the local VFW post came to pay their respects.

Tom Easterling knows a thing or two about being surprised. When he was shot down over the Battle of the Bulge, he spent the rest of his time overseas as a Prisoner of War. That was a lifetime ago and it's part of why so many people turned out today.

"He just loves life, I mean, he's been through so much," says DeVenuto

Nick DeVenuto organized the tribute. He believes it's the least he can do for the Greatest Generation.

That love for country won Easterling the French Legion Medal of Honor, a gesture of respect almost on par with today's five minute parade.

"It's wonderful and I thank all of 'em." said Easterling, smiling broadly. "I certainly do appreciate what they're doing."

The feeling is more than mutual.

"We just want to let people know that our world war two veterans if it weren't for their service to our country we wouldn't be here speaking right now." said DeVenuto.

It's estimated that about 400 World War two veterans die every single day.

RELATED: "This is what a first responder, hero, looks like."

RELATED: South Carolina man gives his stimulus check to others in need