"Our hearts are weeping -- and something has to be done. It really does." 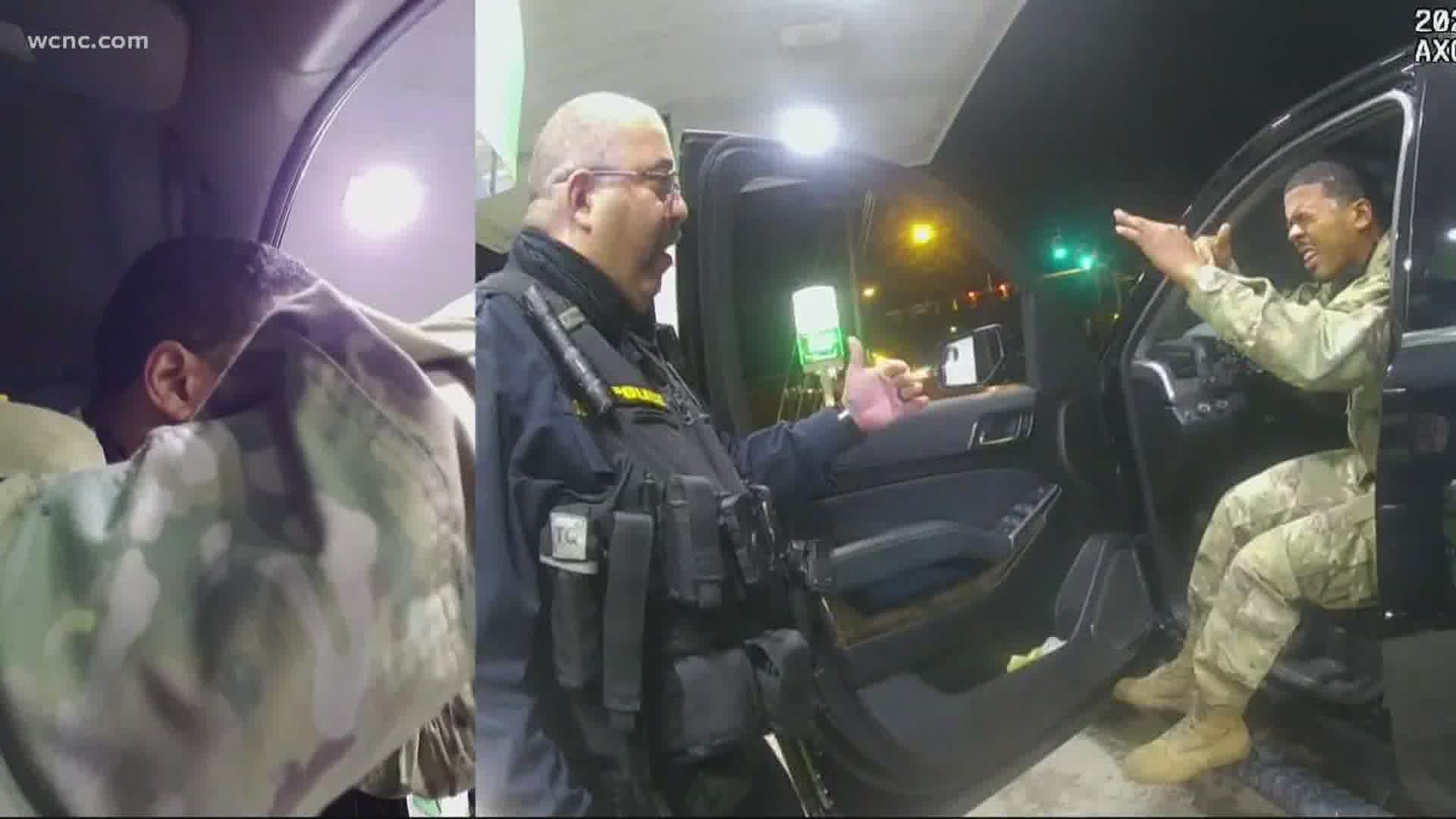 CHARLOTTE, N.C. — A December 2020 traffic stop in Windsor, Virginia, is gaining national attention after bodycam footage showed uniformed US Army 2nd Lt. Caron Nazario being pepper-sprayed by a Windsor Police Department officer during a traffic stop at a gas station. During that time, Nazario told police pointing guns at him that he was afraid to get out of his car.

Daunte Wright's first instinct was to phone his mother. George Floyd called out to his mother.

These stories have been extremely difficult for mothers with Black sons.

Monday, WCNC Charlotte anchor Fred Shropshire received a voicemail from Fosteria Pierson, a Blue Star mother in Charlotte. Her son is a major in the Army. She felt compelled to share her pain with Shropshire, and her frustration over what happened to Nazario.

Pierson said she gave her three sons a talk about how to respond to police.

“It’s not every one of the officers that are going to be profiling or going to meet and greet you with a gun in your face, but do as Lieutenant Nazario did," she said. "He raised his hands. He did not become confrontational with them... but he was still mistreated and disrespected.”