“Thank you for giving me the opportunity to see this big world," she said. "We may bend but we never break.” 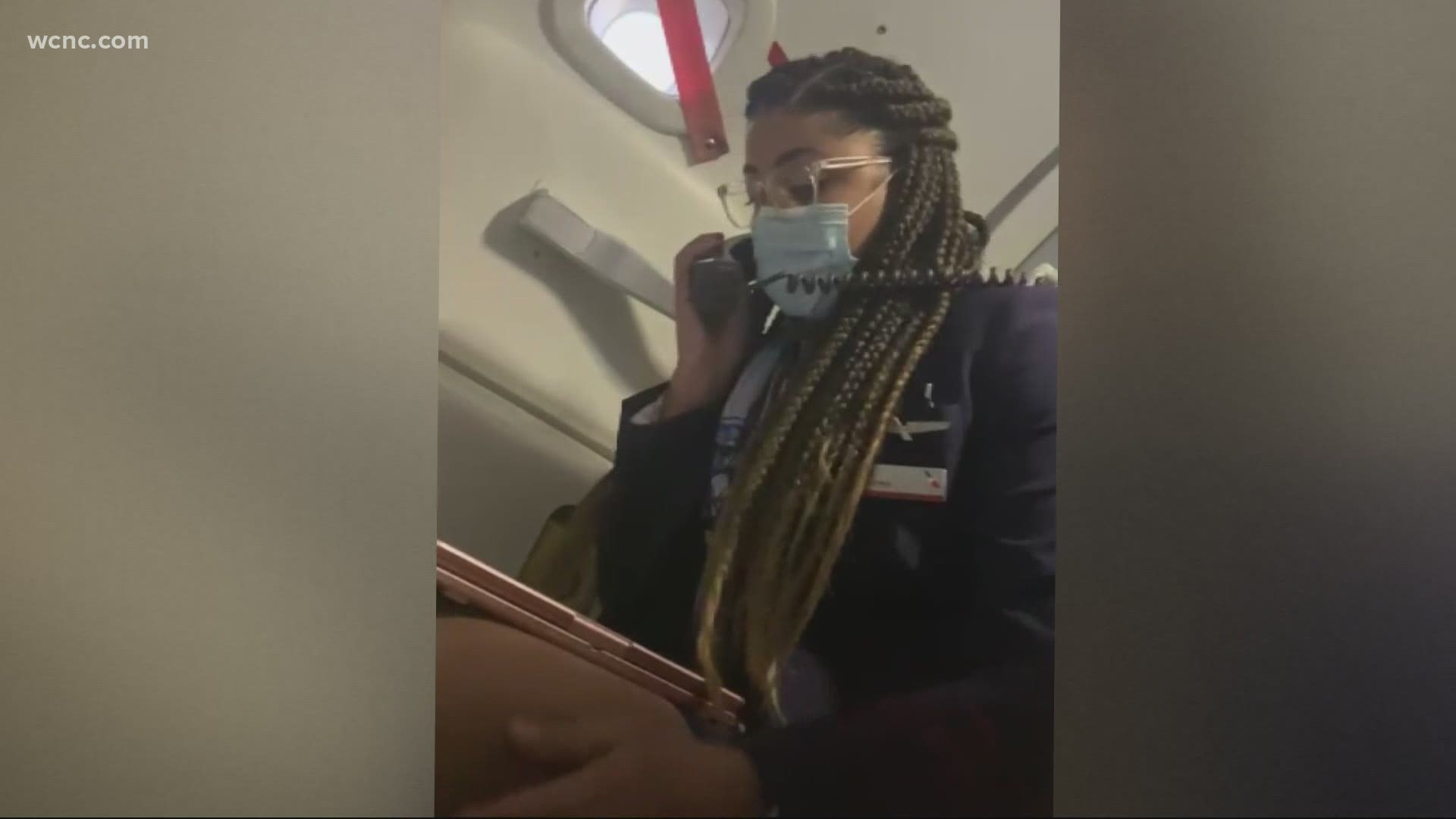 CHARLOTTE, N.C. — It’s been a turbulent week for the airline industry, with more than 40,000 airline workers furloughed or laid off just this week.

Breaunna Ross is one of them. The 29-year-old American Airlines flight attendant gave a heartfelt sign off on her last flight Thursday. Her words shared on Facebook.

“As all of you know, the airline industry has been impacted greatly by this global pandemic," Ross said over the PA system.

“For myself and one other crew member on our flight today, this means we'll be furloughed October 1," Ross continued. "And unfortunately, this is my last working flight before that day comes."

“Thank you for giving me the opportunity to see this big world... We may bend but we never break.”

Ross said she wanted to end her shift by speaking from the heart.

“There were several times I had to stop because I could even see my words because of tears in my eyes," Ross said. "I just wanted everyone to realize the reality of the situation… they see the numbers on tv but there’s real people behind those numbers.”

These furloughs will have a big impact on any upcoming travel plans.

American Airlines has already removed 86,000 flights, nearly half, from the November calendar alone.

What does the stock market's roller coaster ride mean to your 401k?

At just 15, this Charlotte rap artist is helping people register to vote