A Kannapolis brewery debuted the "BlueLine" beer over the weekend, with proceeds benefitting a local charity that supports law enforcement. 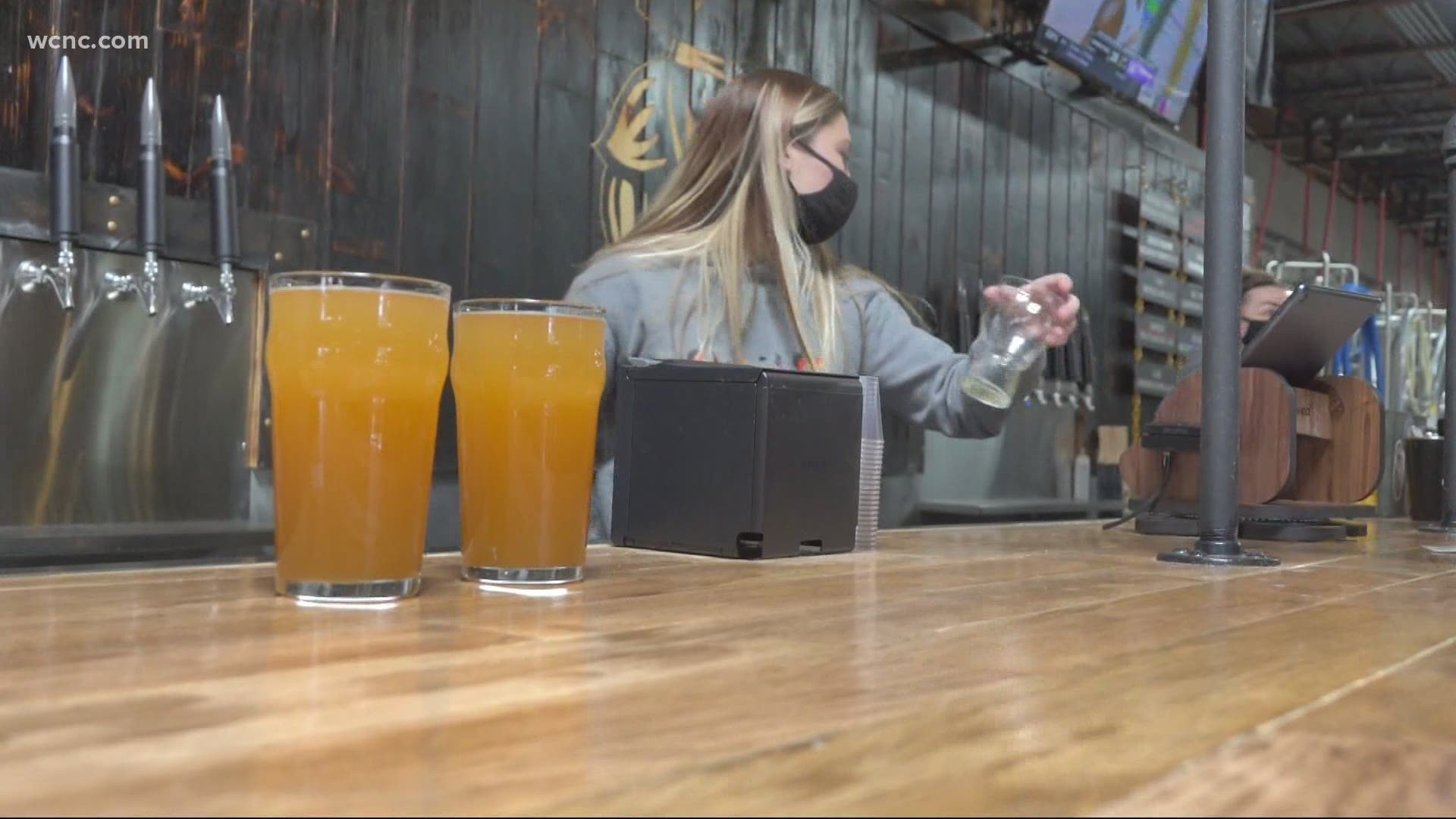 KANNAPOLIS, N.C. — A Kannapolis brewery debuted a beer over the weekend that will give back to the men and women in blue.

RELATED: Kannapolis brewery using pandemic to give back to military, first responders

Kyle Lingafelt, one of the founders of the brewery, introduced the new beer while country music played in the background and meat sizzled on the grill.

“You drink it, we’ll take care of the rest,” Lingafelt told the crowd that had gathered.

Lingafelt, a veteran, said he understands the sacrifice that first responders make every day.

“We know it’s not easy to get through, and they’re a part of our community,” he said. “That’s our brothers, sisters, mothers, fathers. You know, they have families and they go out every day and risk their lives. The sacrifice they give -- it just felt like something we should help them with.”

The money raised from the proceeds of the limited release will be donated to the Kannapolis Public Safety Assistance Association. The organization was founded to support firefighters but this year, they expanded their mission to include police officers and dispatchers.

“We exist to help first responders and those who help others when they fall on hard times,” said Daniel Jenkins, president of the Kannapolis Public Safety Assistance Association. “If your air conditioner unit goes out or unforeseen medical bills or anything like that, that’s what we're here for.”

Their previous limited release beers have raised $50,000 to date for other charitable organizations.

“We’re just looking forward to great things ahead,” Jenkins said. “It’s a really great feeling to know that we have the opportunity to help those that help others.”