The Weavers said once they "pull themselves from this heart-shattering pain," they will continue to help others in her memory. 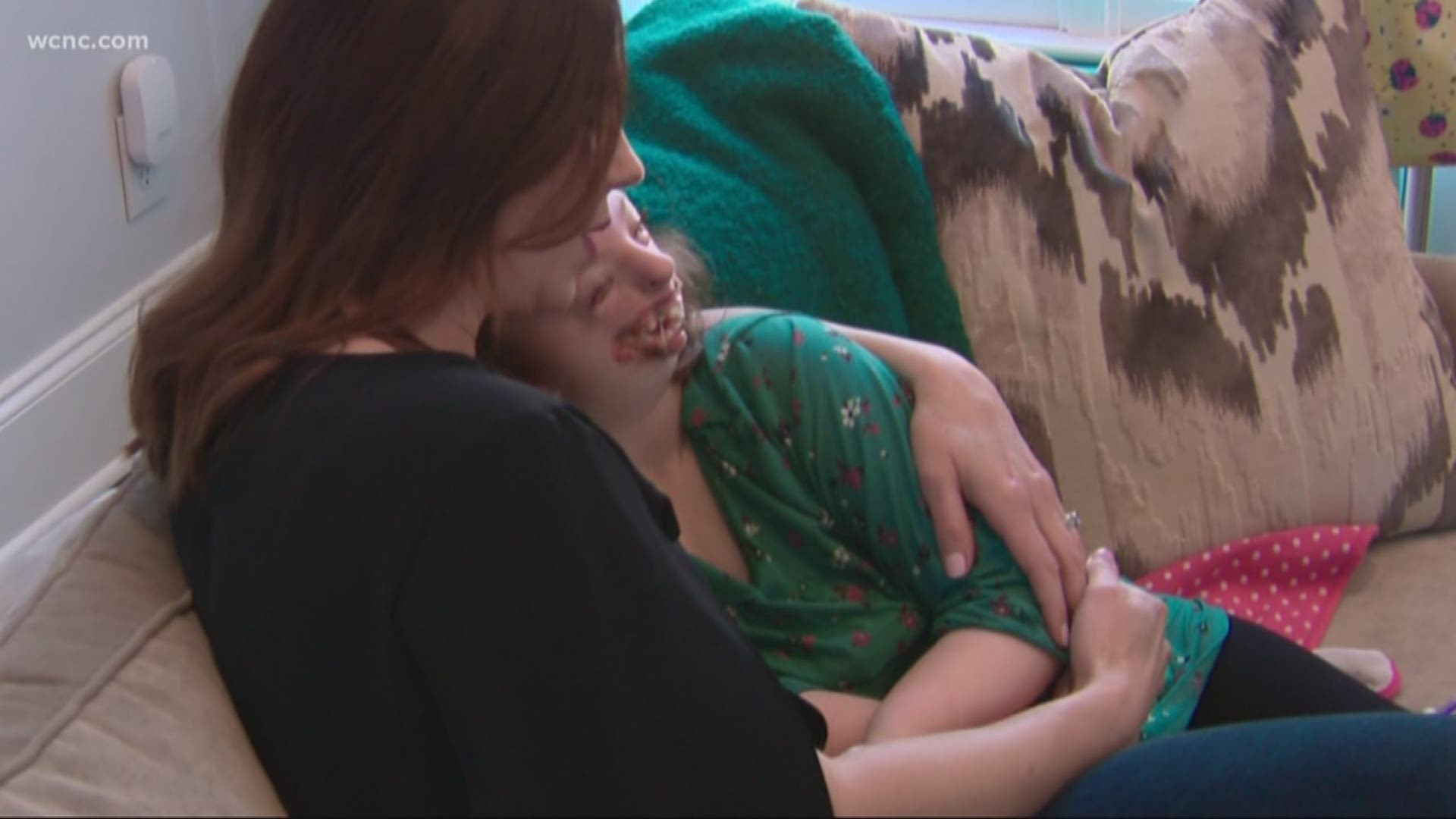 CORNELIUS, N.C. — She was surrounded by love and adoration.

Natalie Weaver has always been an advocate for her daughter Sophia who was born with deformities on her face, hands, and feet.

Natalie fought internet trolls, social media CEO's and everyone in between to ensure her daughter, and others like her, were safe on social media.

Sophia has endured 30 surgeries and got her food through a feeding tube. She had type one diabetes, daily seizures and choking spells.

Sophia's condition turned Natalie into a public advocate for healthcare and people with special needs. There are pictures of Sophia everywhere. It’s easy for someone to access her photos.

And someone did take her photos. Internet trolls.

“When I saw that posted my heart dropped, it was incredibly painful,” said Natalie.

Natalie Weaver
‪Our #SweetSophia left this earth last night as she spent every day of her life, surrounded by love & adoration. ‬ In lieu of flowers, we ask that you donate to www.sophias-voice.com Once we pull...

A stranger took a picture of Sophia from an online article and used it on Twitter to promote abortion.

“Someone had been using my child’s image to promote eugenics. She was the poster child of who should be aborted and doesn’t deserve healthcare,” said Natalie.

Earlier this year, the Weavers made the decision to transition Sophia away from medical care to give her a chance to truly live life.

“We’ve done the same thing for the last decade,” Natalie said about her decision to put her 10-year-old daughter in hospice.

1 / 21
Natalie Weaver
Natalie and Mark Weaver were forced with making one of the hardest decisions of their lives. The Weavers have decided to transition Sophia away from medical care to give her a chance to live life.

Sophia recently had surgery a little over two months ago and Sophia’s response to it was bad.

“She was unresponsive for four days and her organs, one-by-one, were beginning to react to that,” Natalie said.

For the past 10 years, Sophia has always been kept out of public spaces because of her weak immune system and all the medical care she received kept her in and out of the hospitals. Natalie and Mark decided that was not the life they wanted for their little girl.

Once Sophia was away from the medical world, her family was able to take her on a whole world of 'firsts.'

They called them "Sweet Sophia's Adventures."

The Weavers said once they "pull themselves from this heart-shattering pain," they will continue to help others in her memory.

In lieu of flowers, the Weavers ask that you donate to www.sophias-voice.com

RELATED: 'We're making up for lost times' | They put their daughter in hospice so she could finally live life to the fullest

RELATED: When trolls attacked her daughter with disabilities, this mom fought back