Surgeon General Adams made the case for every American to do his or her part to slow the spread. 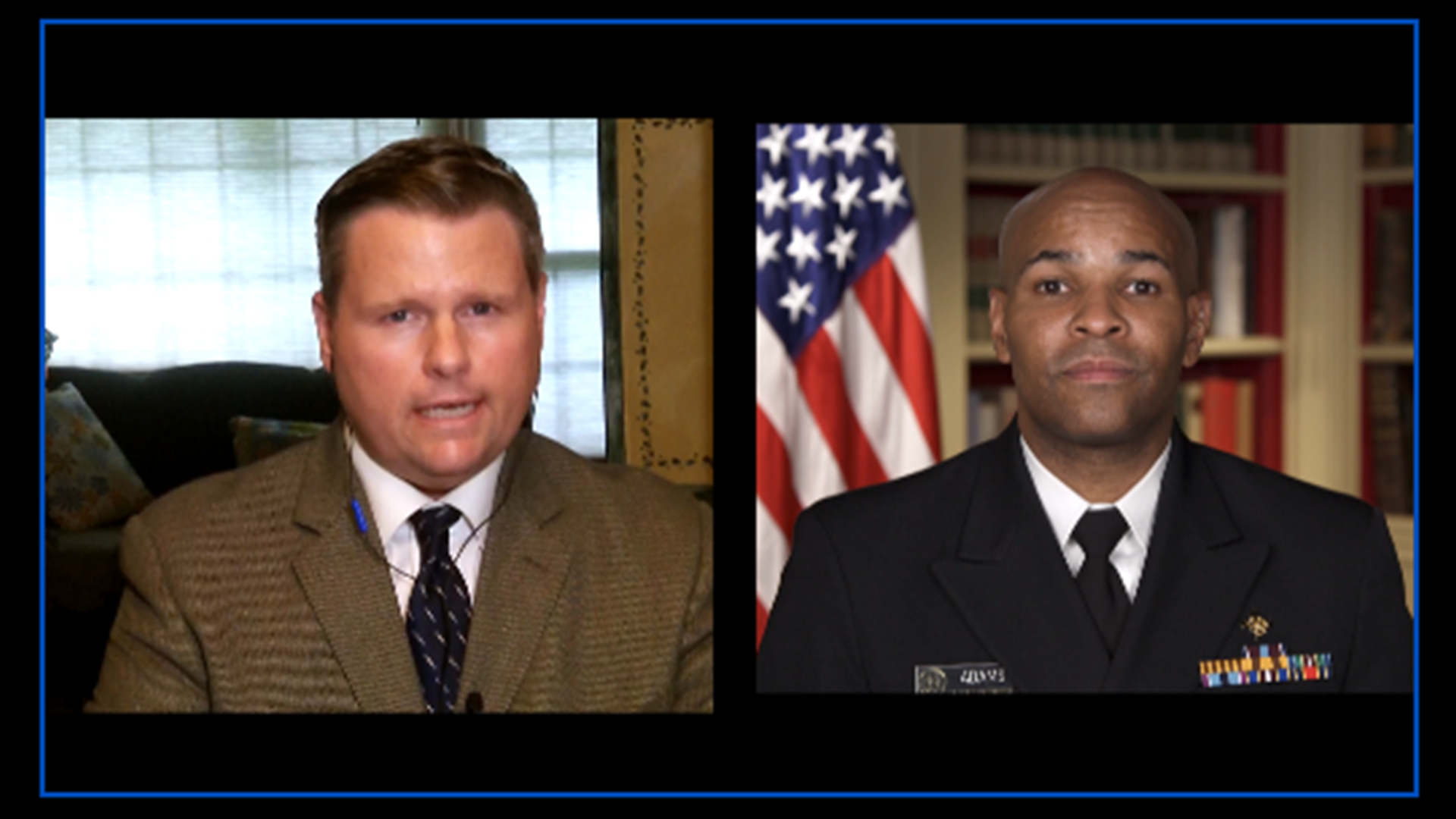 CHARLOTTE, N.C. — In an exclusive interview with WCNC, Surgeon General Dr. Jerome Adams called for every Carolinian to wear a mask as they celebrate the Fourth of July Holiday Weekend — even on the beach.

Dr. Adams stopped short of mandating the Governors of North, and South Carolina to close beaches ahead of the Fourth of July Weekend even as North and South Carolina Health Officials report a spike in the numbers of confirmed COVID-19 patients, and hospitalizations.

"Governors have a good connection with their citizens and their citizens are listening to them," Adams said. "You don't have to close down public facilities because they are actually doing the right thing."

Adams said he often gets asked if he feels places are reopening too soon.

"We actually have seen that many governors are making the right decisions but the citizens themselves are choosing not to adhere to the guidelines, such as wearing a face-covering when you're out, staying six feet apart," Adams said.

Surgeon General Adams made the case for every American to do his or her part to slow the spread.

He has three key pieces of advice:

Dr. Adams believes a vaccine will be ready by the end of 2020, or early 2021. He said it is critical that every America accepts the vaccine once it's made available.

"Here is what I want people to understand — when you look at vaccines less than half of adults actually get the flu vaccine every year," Adams said. "We need to work not just on developing a vaccine, but making sure people have confidence in those vaccines and are willing to get them."

Finally, WCNC asked the Surgeon General how this unprecedented challenge has been for him personally, and his family.

"It's tough. I'm also one of the only Surgeon General's to have school-aged kids, so I'm going through this just as you all are. I've got a 16, a 14, and a 10-year-old," Adams said. "I'm worried about when they're going to get back to school and if we can do it safely. They're missing summer camp right now. I'm worried if my kid's going to be able to play football like he wants to, or if my daughter's going to be able to play soccer."

He said he approaches the topic the same way with strangers as he does with his loved ones.

"I just try to talk to people the way I would talk to my own family members, to my own colleagues, to the people who are around me," Adams said. "To be honest, folks don't know I'm still a practicing anesthesiologist. I practice about a day a month at Walter Reed Medical Center and as anesthesiologists, we're the people in the operating room whose job it is to be calm, cool and collected when everything else is hitting the fan. So this is something I've been training for my whole life I certainly wishing it didn't happen to the country, but I'm going to use this opportunity to advance health as much as possible."

Here's how American Airlines is cleaning their aircrafts