More people are finding themselves parenting their parents as the population ages -- it's a transition that doesn’t come easy. 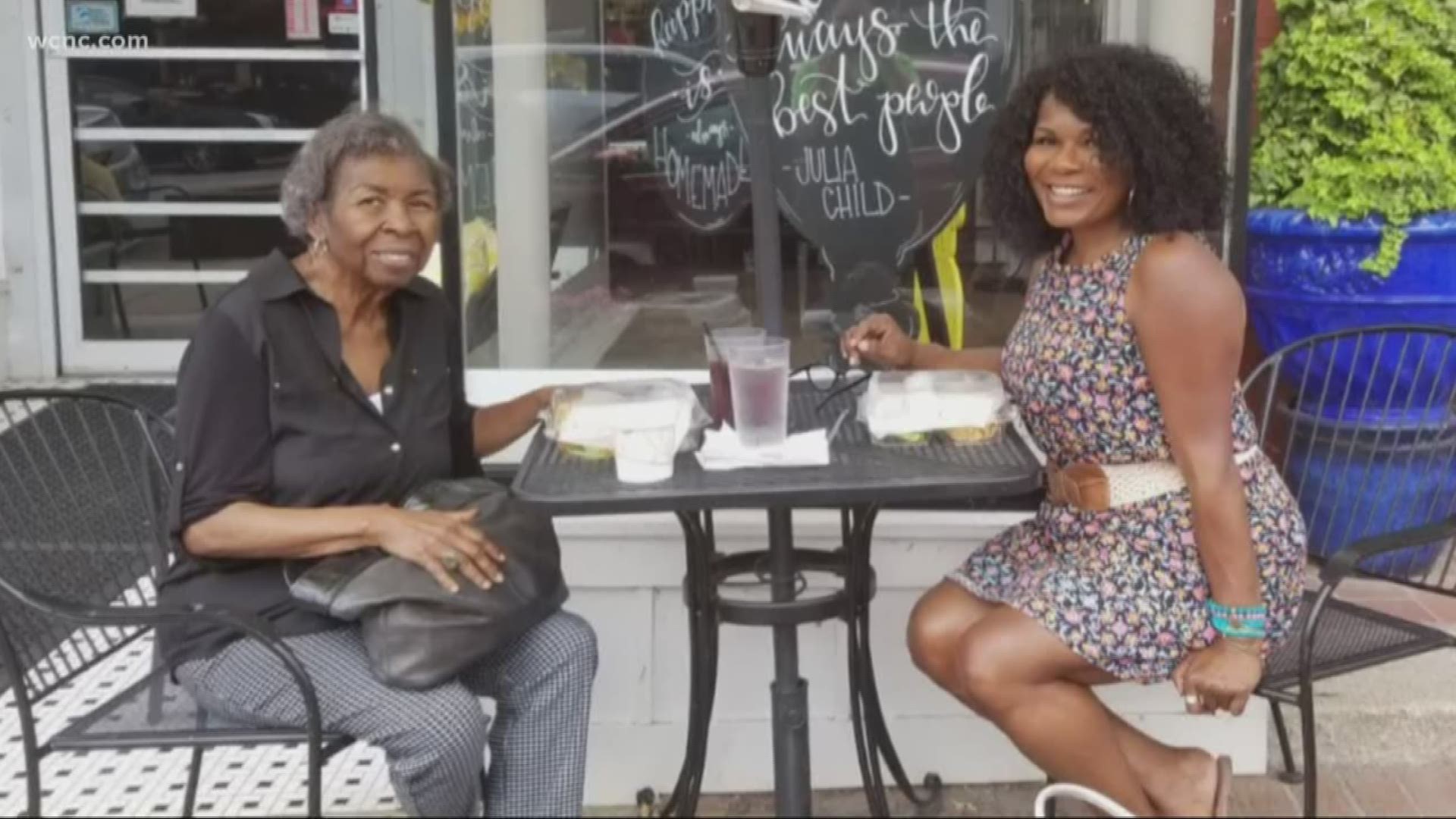 CHARLOTTE, N.C. — Ramona Holloway is one half of the popular radio show Matt and Ramona, but her most important partnership is off the air.

"We were a dynamic duo," Holloway said. "My mom was a single mom. I'm an only child, and so, it's always kind of been just us."

Holloway is the primary caretaker for her mom Wheezy,  a former school teacher who suffers from dementia.

"Mom was forgetting some things that I knew she wanted to remember and were struggling with words," she said. "My mom is a linguist. My mom loves words."

The subtle changes eventually became to hard to ignore.

She said it can be confusing, and overwhelming. More people are finding themselves parenting their parents as the population ages -- it's a transition that doesn’t come easy.

"I think navigating this caregiver space is very intricate because moms never stop 'momming,'" Holloway said. "They never stop thinking that they're the ones in charge."

Setting limits is one of the most difficult parts.

"You know, sure, your kid might want ice cream for every meal, but as the parent, you know this isn't a good idea," Holloway said. "And so, sometimes, I know driving, not a good idea for mom or any of the citizens in Belmont, that's a major decision that I had to make even though I thought mom would really have a problem with it."

Faith has played a big part in helping Holloway make the adjustment.

"A lot of my dark space comes from 'momming' too hard," she said. "I get so hard on myself for what I can't fix, for what I'm not doing."

She said she’s learned to be more patient with herself and her mom, and she practices gratitude daily.

"When I recognized why the changes were happening and recognized that I couldn't fix it, it was hard to change me into someone who was grateful for the parts of her that I still have," Holloway said. "That took a lot of work, and it's something that I have to work on every single day."

She's learned to adjust expectations, and accepts that her mom is no longer the same. She posts videos of her on social media so she doesn’t forget the good days.

"What has generally happened is there will be this flash of greatness and I'll see my former mom and the next week, there is a sharp decline," Holloway said.

Wheezy, who attends what the pair calls memory school three times a week at The Ivey, still loves to dance and has found a new love for art. The weekly visits are keeping her from the social isolation that so many elderly experience.

Holloway says she couldn't get through this transition without help.

"Help is the only thing that keeps me sane," she said. "That's it."

A team of caregivers eases the burden. Research shows that caregivers often suffer from anger, isolation, depression, exhaustion and other forms of stress-related illnesses.

Holloway understands the stresses first hand, like the cost of care and the impact on work.

"I know that my job depends on how much research I do, how much I get out into the community, how much writing -- I have meetings, I have appearances, I'm expected to contribute to social media and the website," she said. "If I don't do that, I don't get paid."

To make it work, Holloway says she's had to lower some of her standards for herself -- but she makes sure to keep making time for herself, even if just a moment or two.

Her sense of humor is serving as her armor -- a daughter's love fighting to keep her mom as long as she can.

"You know, people talk about the Southern Goodbye where there's a 'We're going to get on the road,' and walk to the door and then, wave all the way -- but you know you're going to see them again," she said. "There are things that I will probably never see again."

Holloway wants others to know it's important to check in on caregivers. Most people, she said, think to ask about the parent but not the person taking care of them.

"The hardest part is the slow goodbye," she said.