Six dogs in North Carolina had to be euthanized after they were exposed to a rabid raccoon. 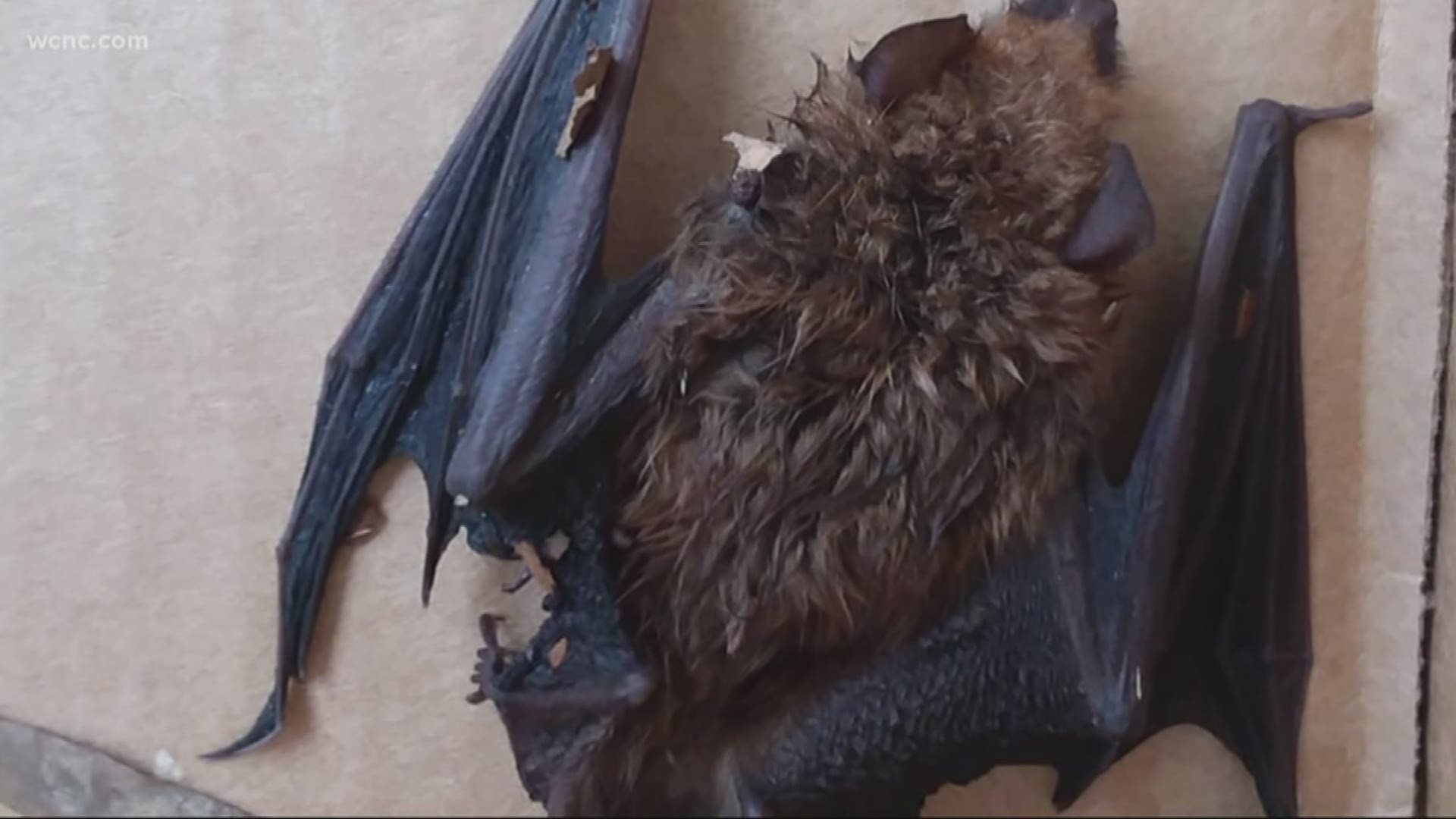 DALLAS, N.C. — After six Cumberland County dogs were euthanized after being exposed to a rabid raccoon, Gaston County Animal Control is warning pet owners to get their pets vaccinated.

"It is a big issue," said Dr. Kristine Blankenship, a veterinarian at Gaston County Animal Control.

She said the virus is preventable but not curable.

"Most of what we're seeing is an increase in rabies in wildlife," she said.

Blankenship said they are seeing the virus in animals like skunks, bats, and raccoons.

A rabid bat scratched a woman in Raleigh in July after she went to see what her dogs were messing with. She then had to take a series of painful shots.

She told WRAL-TV that she would think twice about messing with any bat after her experience.

"If you ever see one flying during the day, or especially see one on the ground during the day, don't go near it and call animal control right away," Corneille Mallard said.

Blankenship said she had to put down a dog a week ago because of rabies exposure and acknowledged the toll it takes.

"It's heartbreaking because it is such a simple thing to prevent it," she said. "It's upsetting for the animals because they didn't do anything wrong, and for the people who have to euthanize those animals because we don't know if they have rabies."

Rabies is a virus that impacts the brain. It causes some animals to drool and others to become aggressive.

Veterinarians can only test for the virus after an animal is dead. They can't take any chances in letting an animal that hasn't been vaccinated live after being exposed.

Seven animals have tested positive for rabies this year in Gaston County, according to Blankenship.

"There is no known treatment for animals," Blankenship added.

It's state law to have your dogs, cats, and ferrets vaccinated for rabies, according to Blankenship.

She's now urging pet owners to make the trip to the vet and get the vaccinations.

"It's a matter of more animals are being exposed to it," she said.