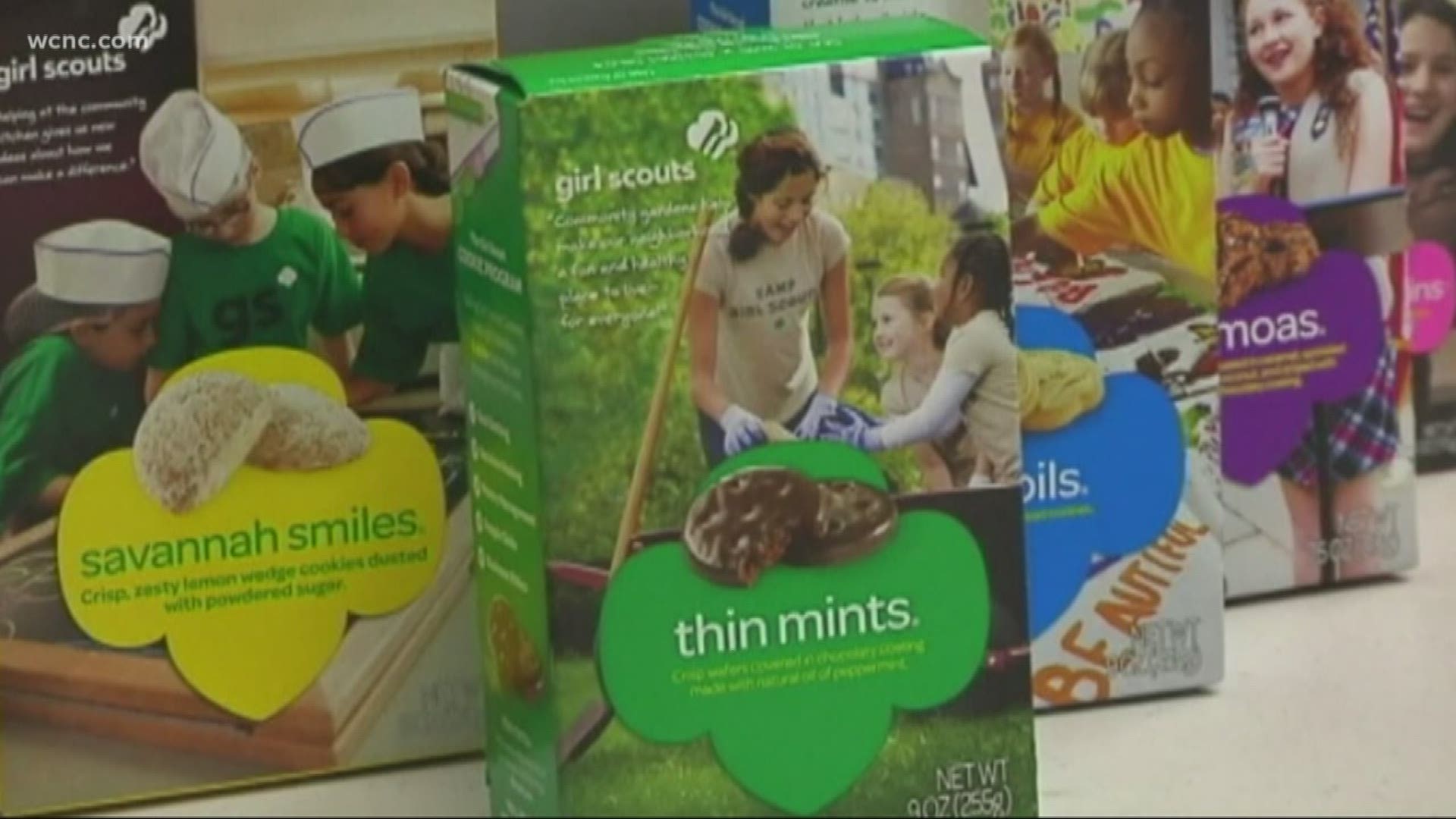 CHARLOTTE, N.C. — Frankie White, owner and operator of BW Sweets Bakery, will put his recipes to the test as he works to combine Girl Scout cookies into his creations.

Each episode challenges five accomplished bakers to transform Girl Scout Cookies into show-stopping edible pieces of art and takes viewers behind-the-scenes for an up-close look at how the treats are made.

White said he got an email one day asking if he wanted to compete in a food competition. He didn’t realize he would be baking with Girl Scout cookies until he was on set.

“I was terrified cause it was something that I never thought about doing,” White said. “I sell cookies by themselves but nothing ever made with cookies.”
In fact, White said his only prior experience with Thin Mints and Samoas came from taste testing.

“I just, I’ve eaten a lot of them,” White said jokingly. “You know, when the little girls knock on my door, I’m like, ‘Yea you’re gonna win the trip to Florida this year cause I’m gonna buy a whole bunch.’”

White can’t say how he finished on the show, but he said he was excited to try out baking with new ingredients like Girl Scout cookies. He said his favorites are the Thin Mints and Trefoils.

His passion for baking started about 10 years ago when his eight-year-old son, Bradley White, was diagnosed with Ependymoma, a rare brain and spinal cancer, in 2010 and passed away in 2011.

“It was just a means of therapy,” White said. “It wasn’t ‘Oh my gosh, I want to bake now.’ It was just, I had to do something to try to maintain my sanity.”
Now White keeps his son’s memory alive through baking. He even named his shop after Bradley.

“I thought there was no better way to honor him than to name it after him, Bradley White, so BW Sweets,” he added.

White said he hopes viewers of the show see his drive, determination, and the vision behind his business when they watch. He wants to bring awareness to childhood cancer and make his son proud with his appearance.

“I wanted to see him see me step out,” White said, “because I competed against, you know, people with master’s degrees and, you know, pastry and baking, and I have no formal training. I’m completely self-taught, so to have the opportunity to compete with people on that level, that was a dream come true.”