Sam "the man" has Down syndrome. He is 19 years old and has been helping and supporting his teammates since his freshman year at Lake Norman High. 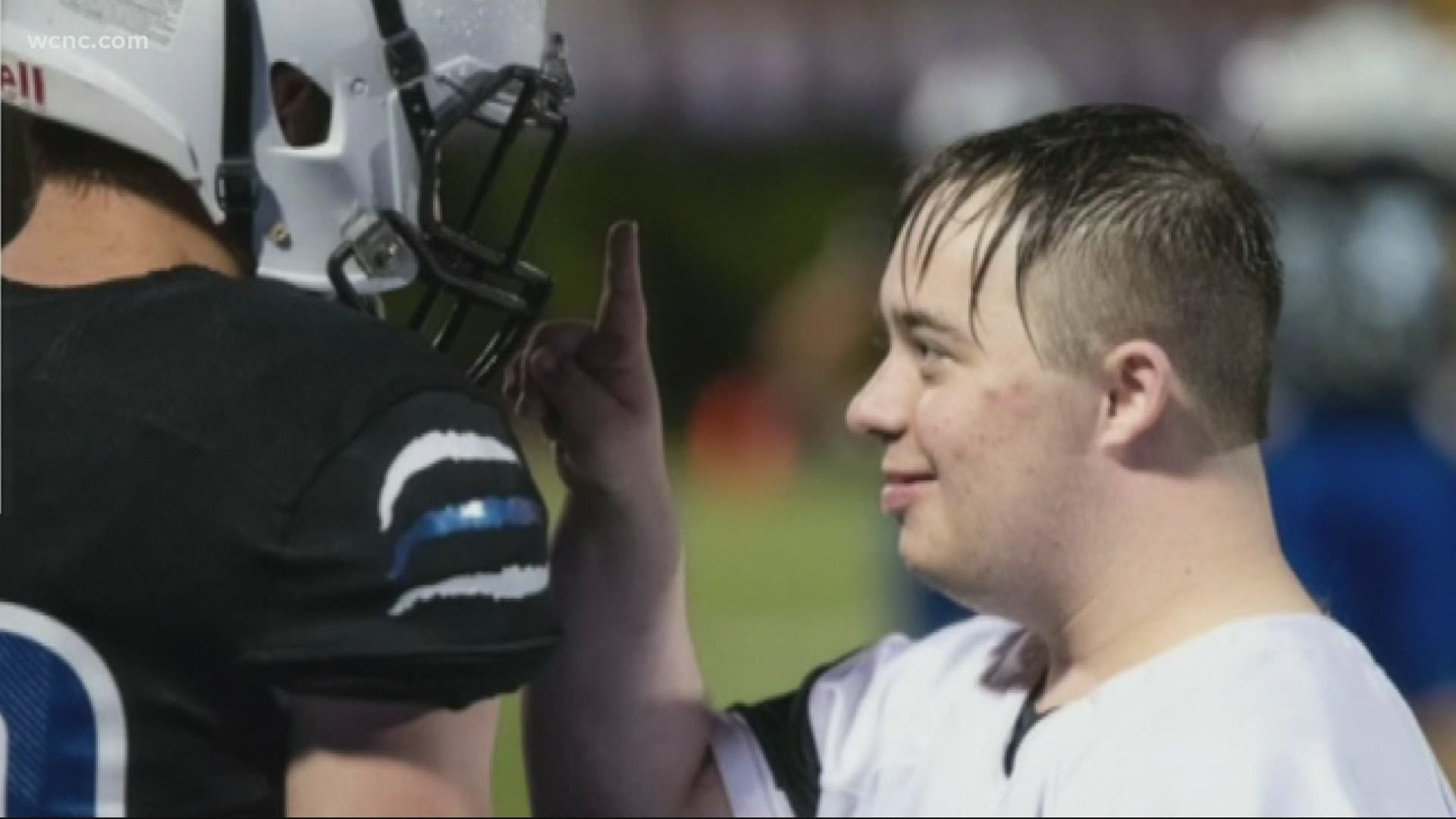 CHARLOTTE, North Carolina — Last Friday was a big day for one local senior wildcat at Lake Norman High School. Sam "the man" Jordan scored his first touchdown in the varsity team's senior night football game against Vance. We showed the shining moment on WCNC Charlotte over the weekend.

Now the video of Sam scoring a touchdown has gone viral with more than two million views. NFL athletes like Ezekiel Elliott shared it on his Twitter.

Then Monday morning, on NBC's TODAY, Sam and his parents (Greta and Roger) were on national television to talk about this moment of inclusion.

NBC's Savannah Guthrie asked Sam, "after all these years, what was it like?" He responded by saying, "It was heartwarming, and it was the best thing that ever happened to me."

Sam "the man" has Down syndrome. He is 19 years old and has been helping and supporting his teammates since his freshman year at Lake Norman High.

As senior night was approaching his mom called up the coaches, "we wanted him to be a part of senior night with all the other senior players and that’s all it took," Greta Jordan told the anchors of TODAY. "They said, he’s not only going to be a part of it, but we have something special cooking up.”

As soon as Sam's dad heard the news, as a football lover himself, he made sure his son looked the part for this big day.

“This was a dream come true for me and for him," Roger Jordan said. "When they told me they were going to dress him out I told my wife, he’s got to have cleats!”

Dressed out from head to toe, Sam got his shot indeed. He carried the ball from the 50-yard line and straight into the end zone. Celebrations from his opponents and all Wildcats erupted, marking a moment never to be forgotten.

“I’m feeling pretty emotional because I just can’t believe it,” Sam said. "It was awesome!"

RELATED: Hickory cheerleader with Down syndrome to be featured on billboard in Times Square