She's more than just man's best friend. Meet Ginger. Her 'number one job is to make somebody smile.'

Steve Houghton, 72, and his sidekick, Ginger, visit an elementary school, a community college, a nursing home, and a hospital on a regular basis. 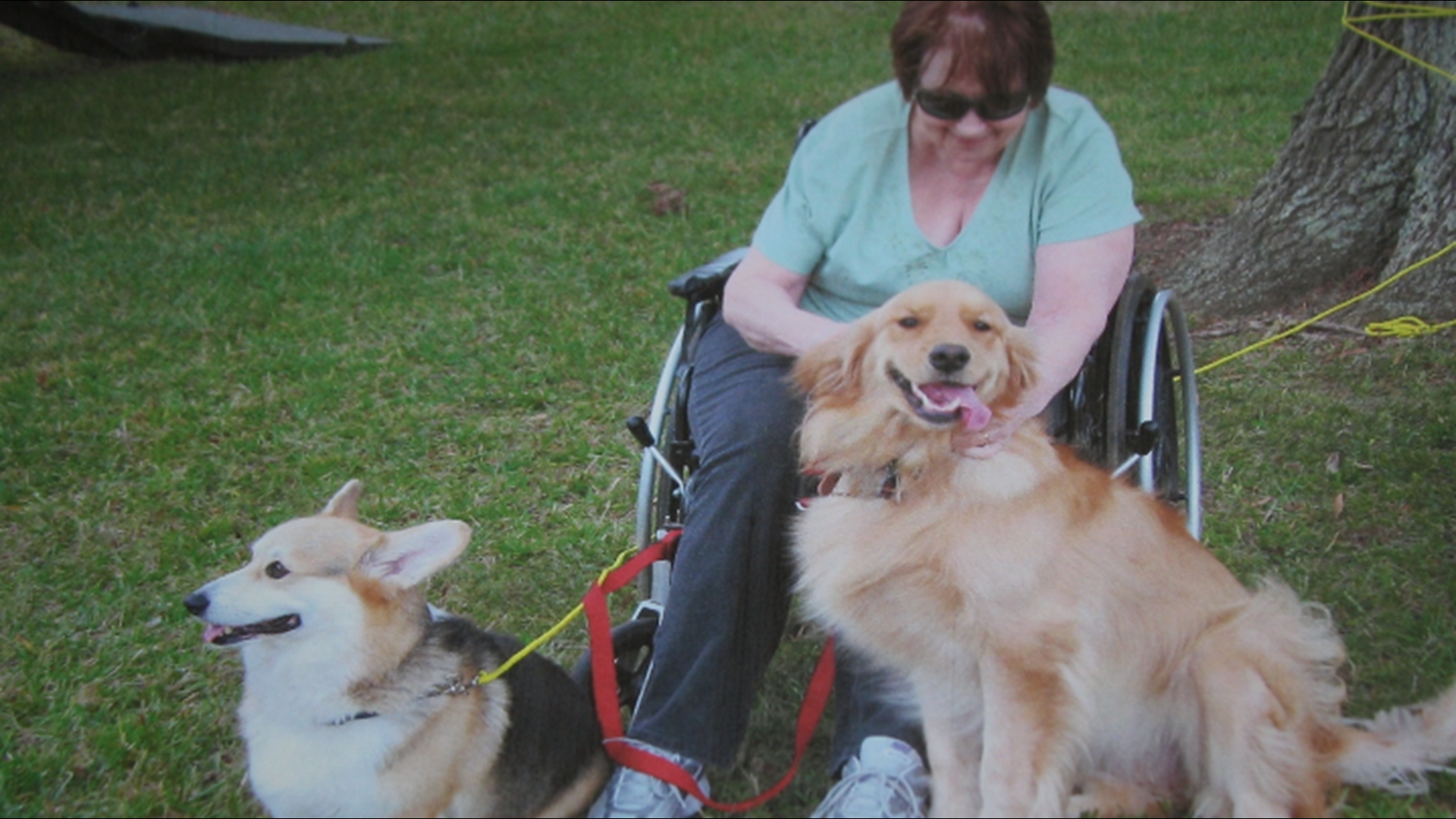 An Indian Trail, North Carolina man and his therapy dog are making the rounds in the Charlotte area.

Steve Houghton bursts with pride as he brags about his beloved dog, Ginger.

"Her number one job is to make somebody smile," he said.

The 6-year-old golden retriever is a certified therapy dog.

"There’s so much that she presents," Houghton said.

The 72-year-old and his sidekick visit an elementary school, a community college, a nursing home, and a hospital on a regular basis. The idea of Ginger becoming a therapy dog came to Houghton a few years ago because of his wife’s illness.

"She’s had MS (multiple sclerosis) for 42 years,” he told NBC Charlotte. "I’m always wondering if something happened to me, with her in a wheelchair, who would take care of her? And if she ended up in a senior location, would somebody come visit her?"

Houghton enlisted Mark Thompson of Better Dog Training of Charlotte to help get Ginger certified with Therapy Dogs International. She passed the 13-event test at Piedmont Kennel Club when she was 2-years-old.

"It was just magnificent," Houghton said.

When Houghton's pastor, Judi Hunt of Wesley United Methodist Church, found out Ginger was a bonafide therapy dog, she asked him to bring the pup to worship.

"She (Ginger) was consecrated and commissioned into the church ministry," Houghton said. "I was so proud of her."

"Because the kids are tense," Houghton said. "They just absorb her love and get back to studying."

"There were some, they had good reading capabilities and didn’t know it yet," Houghton said. "When they sat with Ginger, it came out. It was really rewarding to see a student like this."

The therapy dog also lends an ear when kids have something on their minds.

“One of the students had an issue. It was nothing dangerous; it was just something that bothered her. And she talked to Ginger,” Houghton said. “You could tell she was tense when she started.”

The conversation took place under a tree at the Buddy Bench – a place where kids can sit and chat when they need a friend. Houghton said when the student finished and got up, the wind picked up and shook the tree’s leaves.

"I said, 'Look, your problem just blew away.' She said, 'I have a friend with the same issue. I’m gonna go help her now,'" Houghton said.

The therapy dog does her best to light up rooms at Clear Creek Nursing and Rehabilitation Center, too.

"One of the ladies, if she patted the bed, Ginger would jump up and lay down with her," said Houghton. "It makes their day to have her there for five minutes."

At Novant Health Matthews Medical Center, the pair starts in the emergency room since so many people are there waiting there patiently in pain.

"She comes over and says hi to every one of them," Houghton said. "It helps so much."

Houghton estimates Ginger’s made about 400 visits and received 8,000 smiles. You may think this is a nice way for the 72-year-old to quietly spend his golden years. But he's far from retired.

That's a lot for anyone, let alone an elderly man. But there is a method to his madness.

"I try to let people know there’s more to their world than sitting on an iPhone," Houghton said. "I say, 'Do you have an hour a month you can share with people?' (People reply) 'I’m too busy.' I say, 'You’re too busy, huh?'"

Houghton has a dream to win the lottery. But it’s not so he can kick back and relax.

"I wanna make enough money that I can make sure I can take care of my wife, and I wanna start going to the children’s hospital," he said. "I wanna make this my full-time job."

Until Houghton hits it big, he just wants others to follow his and Ginger’s lead.

"Just take one hour a month. If everybody did that, there would be so much goodness presented to places like hospitals, nursing homes, wherever," he said. "That’s one-tenth of one percent of your time."

It’s a simple request from a humble man and his sweet dog.

"I’m out preaching to people to spend some of your time and share love," he said.

Aviation Museum, home to Miracle on the Hudson, to close for more than two years

'He just brings happiness to everyone' | GiGi's Playhouse empowers children, adults with Down syndrome in Charlotte