ASHEVILLE, N.C. — Every Monday without fail the oncology floor at Mission Hospital receives a bouquet of flowers. It's been happening for 12 years now.

The hospital staff is not sure where the flowers are coming from, but they call them: "Monday flowers."

Alivia Cozzarelli, who posted the photos on her Facebook page, said the flowers are delivered to the unit anonymously to be given to the patient on the floor who could use some cheering up the most.

Cozzarelli said her manager doesn't know for sure but said he thinks they're sent from a man whose wife passed away on their unit.

"I’ve made up so many stories in my head about this person. Like maybe he bought his wife flowers every week and when she died he didn’t know where to send them so he just sent them to the place where she passed away," Cozzarelli wrote. "Or maybe, someone brought her flowers when she was in the hospital and it made her so happy that he wanted to bring that same joy to another person going through a hard time."

Mission Hospital staff might never learn the full story behind the flowers, but what a special gift.

Someone is sending a bouquet of flowers to this North Carolina hospital. 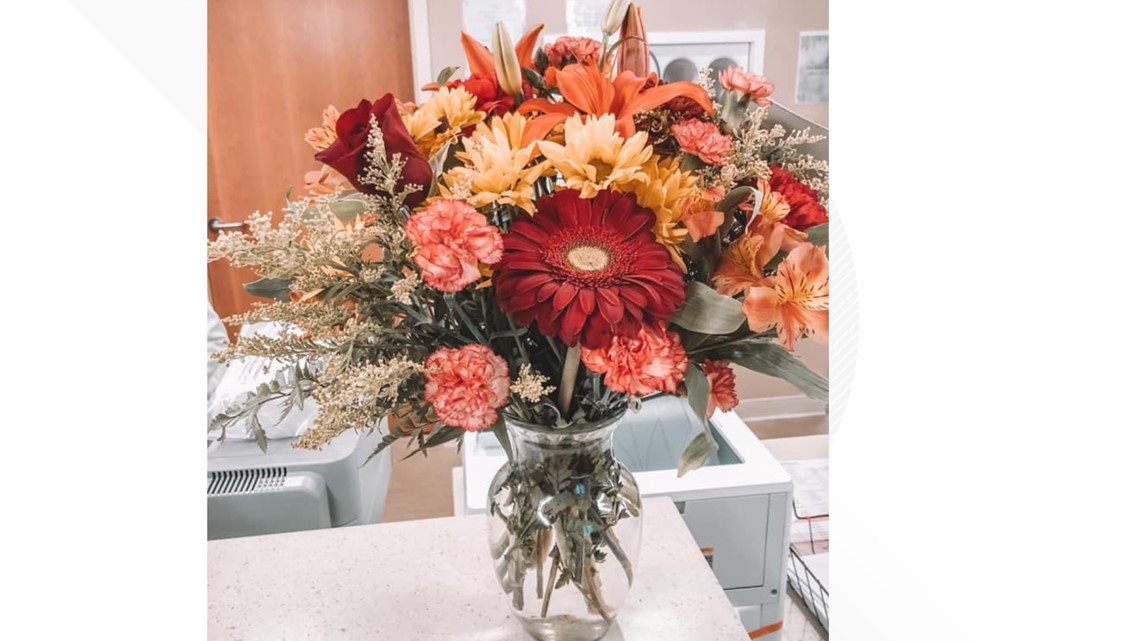